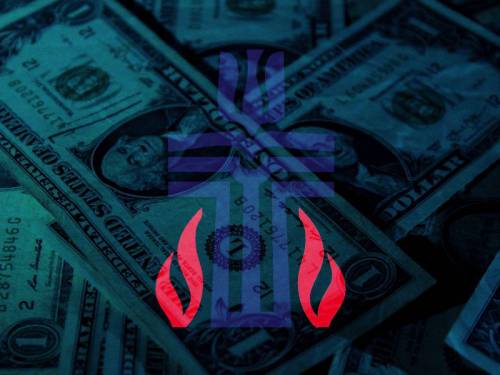 LOUISVILLE — Meeting at the Presbyterian Center for three days beginning Monday, the Special Committee on Per-Capita Based Funding and National Church Financial Sustainability Committee is wrapping up the task of completing its final report by the Feb. 21 deadline for consideration by the 224th General Assembly this summer.

Last month, the committee released a preliminary financial sustainability report which included a number of possibilities, including recommending a process for restructuring the Presbyterian Church (U.S.A.), asking the assembly to initiate an effort to determine a new system for allocating restricted and unrestricted funding to support the work of the Office of the General Assembly and requesting an education effort that explains, among other things, why per capita funding exists and how it’s used.

Following worship Monday, the Per Capita Review Team — part of the committee — presented what it has learned after speaking to agency heads in the Presbyterian Mission Agency and the OGA, as well as more than 200 mid council leaders working for more than 100 presbyteries.

Among the findings as articulated through dozens of listening sessions, according to committee member the Rev. Jeanne Radak, who leads the Presbytery of Newton in New Jersey:

“You don’t take a 150-year-old funding system and change it overnight,” she said. “But what we heard at these listening systems is that tweaking isn’t enough.”

The committee also looked at some experiments it may recommend to the assembly, which meets in Baltimore June 20-27. A handful of mid councils could try a modified funding model rather than per capita, giving to the national office a percentage of what it collects, or a portion of its budget. Agencies including the OGA and the Presbyterian Foundation would work with these mid councils on what can be done to help them develop a sustainable financial model. These early adopters would be influencers for other mid councils if or when the program they’re working on proves successful.

Another component, one that the committee deemed the most viable, is education. Presbyterians are more likely to give, committee members said, if they see the list of programs that the giving is paying for.

On Tuesday the committee will discuss the preliminary financial sustainability report and begin writing the final version of its recommendations to the General Assembly.