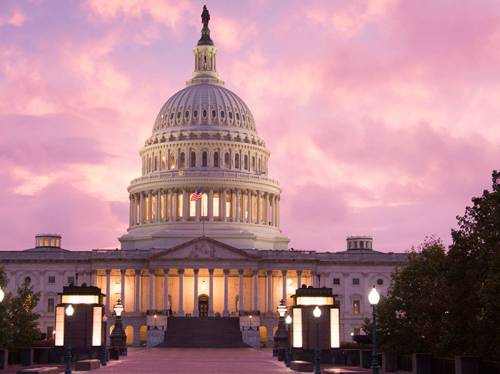 The PC(USA)’s Office of Public Witness has issued an Action Alert that urges Presbyterians to contact their congressional representatives to oppose further military action against Iran without congressional approval. (Contributed photo)

LOUISVILLE — The Presbyterian Church (U.S.A.) Office of Public Witness in Washington D.C. is urging members to contact their congressional representatives and ask them to oppose further military action against Iran without congressional approval.

The Action Alert follows the targeted assassination of Iranian general Qassem Suleimani last week at an Iraqi airport. The drone strike on Suleimani’s convoy, which killed several others as well, was followed by threats of retaliation from Iranian officials and counter threats by President Donald Trump. 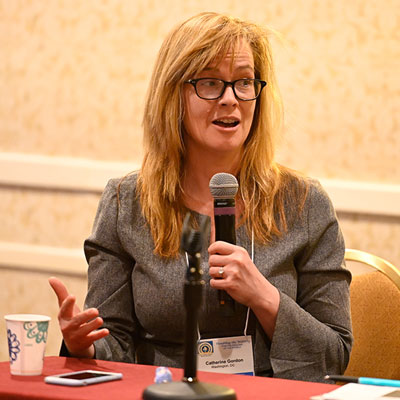 Catherine Gordon is Associate for International Issues in the Office of Public Witness. (Photo by Rich Copley)

“The most important thing right now is for people to make their voices heard through Congress,” said Catherine Gordon, Associate for International Issues in the Office of Public Witness (OPW). “There is still time for a de-escalation and a diplomatic solution, but people need to take action and they need to be vocal and visible.”

There are bills in the House of Representatives and the Senate that would prohibit further military action against Iran without congressional approval. The OPW appeal asks members to urge their representatives and senators to support these bills.

“The Presbyterian Church (U.S.A.) has at several points in recent years lifted up the value of reduced tensions and open dialogue with Iran,” the alert states. “The most recent General Assembly affirmed the value of respectful understanding and reducing tensions with the government and 82 million people of Iran.  As members of a community of nations, we must work to reduce tension and avoid conflict, rather than continuing down the path to yet another war in the Middle East.”

Last week, the PC(USA) joined 23 other faith entities, including the United Methodist Church and the United Church of Christ, in a “Faith Statement on Escalating Violence with Iran.”

“Our faith communities see the futility of war, and its power to dehumanize,” the statement says. “We know that human flourishing entails breaking cycles of violence, being courageous peacemakers, and focusing on the root causes of conflict.

“Violent conflict,” the statement says, “is a path of mutual destruction.”