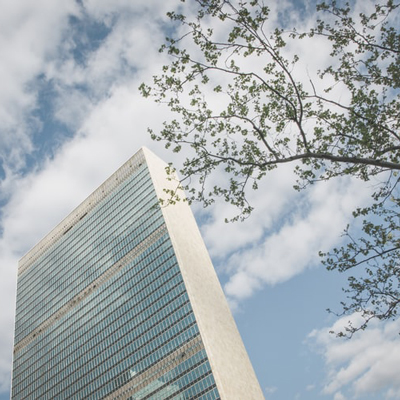 LOUISVILLE — The Presbyterian Church (U.S.A.) has signed an interfaith statement supporting the Treaty on the Prohibition of Nuclear Weapons (TPNW). The nuclear ban treaty was adopted in the United Nations in 2017 and entered into force Friday, which means it becomes binding international law for the parties who have ratified it.

The treaty’s original goal was to create moral pressure on nation states that possess nuclear weapons to take more aggressive steps toward disarmament. More than 150 faith-based, national organizations have signed on to support the treaty. In addition, 86 countries have signed with 51 ratifying it.

In a separate development, the Associated Press reported Thursday that the United States and Russian governments were set to agree to a U.S.-proposed freeze on each other’s nuclear weapons and to extend the 2010 New START treaty by one year.

The Treaty on the Prohibition of Nuclear Weapons prohibits the development, testing, producing, stockpiling, and use of nuclear weapons. It also provides for victim assistance and environmental remediation. Catherine Gordon, representative for International Issues with the Presbyterian Mission Agency’s Office of Public Witness (OPW), noted the lack of participation on the part of the United States. 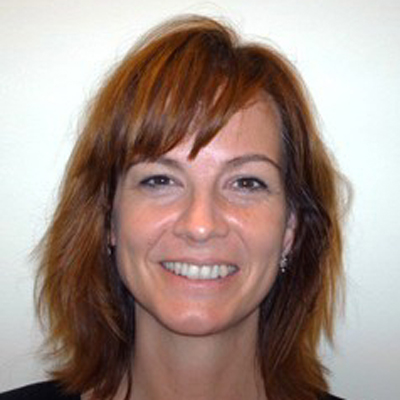 Catherine Gordon works on international issues in the Office of Public Witness.

“As the rest of the world moves forward with positive steps toward nuclear disarmament, the United States once again remains behind,” Gordon said. “Our country needs to change its priorities. We urgently need funds for social, economic, and environmental programs but instead are spending billions of dollars to rebuild our nuclear arsenal, heightening tensions and increasing the risk of nuclear war. Not only have we not signed on to the TPNW, the U.S. has encouraged other countries not to join. And, we have pulled out of other critical arms control agreements. It is wonderful that the TPNW is coming into force. Hopefully the United States will eventually join this major step towards a world without nuclear weapons.”

The statement signed by the faith community reads in part:

“As a wide coalition of faith-based communities from around the world, we speak with one voice to reject the existential threat to humanity that nuclear weapons pose. We wholeheartedly welcome the entry into force of the Treaty on the Prohibition of Nuclear Weapons (TPNW), the first international treaty to comprehensively ban nuclear weapons. The Treaty addresses the disproportionate impact of nuclear weapons on women and indigenous peoples and the importance of victim assistance and healing environmental harms in a groundbreaking way … As people of faith, we believe that the possession, development and threat to use nuclear weapons is immoral … Further, these technologies are part of structures and systems that bring about great suffering and destruction. We commit, therefore, to the ethical and strategic necessity of working together for economic and social justice, right relationship with the Earth, and accountability and restoration where there is violence and harm.” 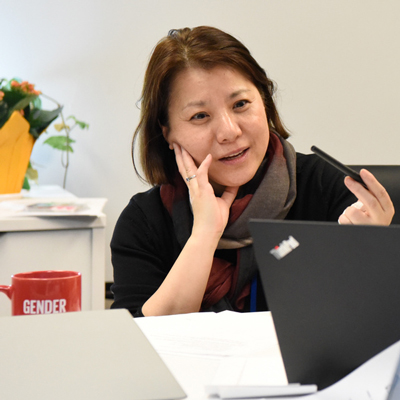 Sue Rheem works in the offices of the Presbyterian Ministry at the United Nations in 2019. (Photo by Rich Copley)

“We welcome the fact that Treaty on Prohibition of Nuclear Weapons will enter into force today,” said Sue Rheem, representative to the UN from the Presbyterian Ministry at the United Nations (PMUN). “It has been long awaited since it was adopted by the United Nations in 2017.  The Treaty will establish a new standard towards total elimination of nuclear weapons.  And while some member states, such as the United States, continue to hold and develop nuclear weapons, it is the hope that having this new norm will influence the behavior of those states to ban nuclear weapons as more states sign on to the Treaty. This strategy has been effective in banning land mines.”