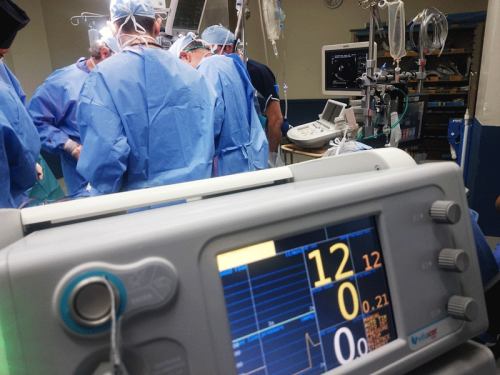 Photo by Natanael Melchor via Unsplash

Bidwell’s research comes from 51 conversations at three sites he had with children at end-stage renal disease, children who need dialysis or organ transplant to survive. Dialysis and the required medications create plenty of side effects in young patients, Bidwell said. Such patients “are embedded, soaking and marinating in suffering.”

The extensive conversations revealed five practices that children employ, either as resources they carry or gifts they received:

“Without God, I really can’t do it,” one child told Bidwell.

“Kids tell me they want to be normal, or more normal,” Bidwell said, calling that “their vision of wholeness and health … It’s an aspirational thing they’re trying to accomplish.”

One patient Bidwell spoke with, a boy named Roger, was twice matched for a kidney transplant. But the surgery was halted both times.

“He wasn’t disappointed. He didn’t expect the transplant to happen either time,” Bidwell said. Months later, the boy was jolted awake at 3 a.m. by a phone call from the transplant coordinator: “Can you and your parents come to the hospital right away? We have a kidney for you,” Roger was told.

“This time, he had no doubt the surgery would happen,” Bidwell said. “I was dreaming with God,” the boy told Bidwell, “And he showed me a kidney and told me it was mine. A week later, they called me!”

To date, most researchers have “ignored the relationship between hope and spirit,” Bidwell said. It may be many are uncomfortable with children using that kind of language, or that some researchers may have difficulty dealing with the issue of children suffering.

“Yet children reference religion and spirituality again and again,” Bidwell said. Two-thirds of the children he spoke with told him it helps them sustain hope. “It’s a skill they seem to bring to chronic illness,” Bidwell said. “If you ask about it, they engage eagerly.”

“The vision of normal that motivates them cannot be realized through their own efforts,” Bidwell said. “They begin to sense they will always be ‘abnormal’ to some degree. Many turn to an inner transcendent source of affirmation.” That practice is especially important among Black and brown children, he said.

Attitudes and actions in the patients with whom Bidwell spoke “shapes the individual’s image of God, informs their payers and their belief about serving others and the importance they place on community,” he said.

Children with chronic illness had three ways of attending to spirit, according to Bidwell: faith, their view of the nature of God, and prayer.

A 14-year-old girl told Bidwell she was convinced one day that she was going to die in her intensive care room. Then she and her mother both saw a tall, beautiful angel in the corner of the room. It was “a calming, peaceful feeling,” she told Bidwell. Six months later, she was receiving dialysis three times each week. “God didn’t take me this far just so I could die,” she told Bidwell. “He’s got me.”

“Faith isn’t a capacity they develop. It’s a gift, and spiritual practices express faith rather than promote it,” Bidwell said. “This type of faith carries children through trials. They remain positive and happy because they have faith things will improve,” although “faith doesn’t eliminate trials or negative feelings.”

Seventeen-year-old Nick told Bidwell that “everyone should be able to talk to God,” who “hears all of us” and “heals you in the way you think you need.”

“Children say that God listens to them and can be felt and known through their bodies,” Bidwell said. “God watches over them and makes demands, asking them to participate in healing rather than waiting for God to do it all.” 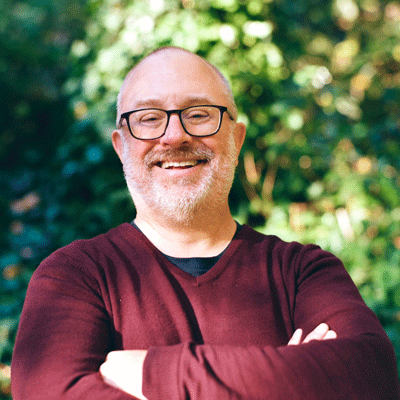 “It’s not all puppies and rainbows,” Bidwell said of what he learned from the children. “They can be honest with God. They must be, because God remains faithful to them no matter how they feel or what they say.”

And what they say is similar to what adults might say in a similar situation: “Why did I get sick? Am I sick because I am a bad person? Is the universe punishing me or teaching me a lesson? Do I deserve this pain? If I don’t get better or get a transplant, does that mean I disappointed God? Why isn’t treatment working?”

“I used to blame God. I asked, ‘Why do I have to go through this?’” Andrew, an 18-year-old transplant recipient, told Bidwell. “I never knew what God was punishing me for.” Andrew shared his bitterness with his parents and with a church member, who gave him a Bible verse about Jesus casting away evil. “That allowed God to speak to him through sacred text,” Bidwell said. “It gave me more hope,” is how Andrew put it to Bidwell. “God was giving me a brighter light to walk in.”

Children use prayer to connect with goodness and to express and sustain their faith, Bidwell said. “It’s a primary way to attend to spirit. They pray in all kinds of ways, and they pray alone. It comforts and calms them and keeps them connected intentionally to spirit.”

Thirteen-year-old Audrey, a Mormon, “gave God a piece of her mind,” Bidwell said. When a kidney became available, surgery had to be cancelled. “I got so angry. It seemed like nothing worked and God was not helping me,” she told Bidwell. She and her family continued to pray. Her father explained the transplant process to his daughter and urged her to keep praying, especially for the person who would donate a kidney. “Believe and trust God. Don’t be afraid,” Audrey told Bidwell. “I pray and trust, and that helps.”

Diamond, 17, felt isolated most of her life, having grown up in a military family that moved frequently. Her kidneys failed at age 12. She had a seizure and spent three months in the hospital. “Faith and prayer sustained her hope — that and knowing God would never abandon her,” Bidwell said, adding Diamond told him that “God takes you through things so you can be a testimony to somebody else. You can try to make their trial easier than what you’ve been through. I do lose my faith sometimes, but I have family that helps me get through it.”

Turning inward to access those resources “leads children outward again with expanded perspective,” including empathy, Bidwell said. “They can give care and support to others. Children discover purpose in part by attending to spirit.”

Most of the sick children, Bidwell noted, “talk about a wisdom figure who taught them faith and coached them in attending to spirit.” Congregations do their part by visiting children, sending them gifts and cards and checking in. “Children trust goodness because older people trust it too,” Bidwell said. “They have faith not only in God but in the people around them.”