Groups ask for action, giving and prayers for current crisis 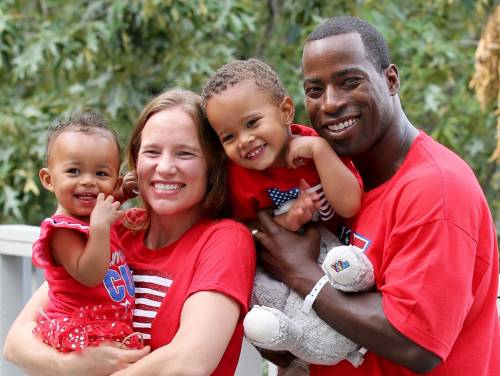 LOUISVILLE – Several ministries of the Presbyterian Church (U.S.A.) have issued alerts and provided information on their activities in response to the ongoing conflict in South Sudan. According to the United Nations Refugee Agency (UNHCR), 1.61 million people are internally displaced and another 751,000 people have escaped into neighboring countries, including Sudan, Ethiopia, Kenya and Uganda, since conflict broke out in 2013.

Additionally, at least 79 aid workers have been killed in the country since December 2013, including seven in an attack earlier this week. Four of the dead were South Sudanese and three were Kenyans. The war began as a dispute between President Kiir, who is Dinka, and former vice-president Machar, who is Nuer, after the country gained its independence on July 9, 2011.

Presbyterian mission co-workers Shelvis and Nancy Smith-Mather recently returned to the area as a part of the South Sudan Education and Peacebuilding Project. They are facilitating trauma healing and peace building training in refugee camps near Arua, Uganda. Until a week ago, the Smith-Mathers had been in the U.S. following the birth of their third child. But rather than returning to Yei, South Sudan, where they had served since 2011, which is now the front line of the conflict, they located in an area of great need with their children ages five, three and five months.

Last week, the Office of Public Witness (OPW) issued an action alert saying the U.N. and the government of South Sudan have declared a state of famine in several parts of the country.

“The famine in South Sudan is a direct result of the civil war and is a man made famine,” said the OPW alert. “The multi-sided conflict with the collapse of rule-of-law and destruction and looting in large portions of the country has produced this food crisis. The U.S. State department recently issued a statement on the famine saying that, ‘This crisis is man-made, the direct consequence of a conflict prolonged by South Sudanese leaders who are unwilling to put aside political ambitions for the good of their people.’” 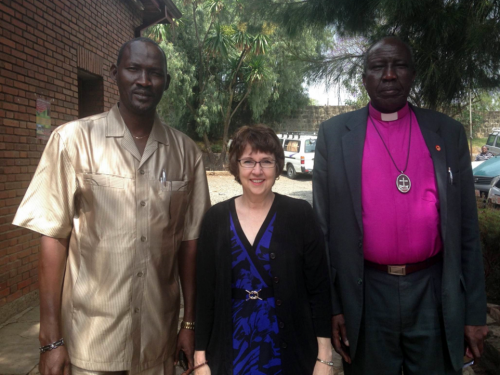 The Presbyterian Ministry at the United Nations has endorsed a U.N. appeal to the international community for $1.6 billion in additional funds to “provide life-saving assistance and protection to 5.8 million people across the country.”

Additionally, Presbyterian Disaster Assistance is providing the following support to alleviate the famine and continue those caught in South Sudan’s conflict:

These efforts, along with those of supported ecumenical agencies, are part of a long-term commitment the PC(USA) has had to partners in South Sudan.

“The PC(USA) has navigated relationships in South Sudan for many years, even through the civil war in 1984,” said Debbie Braaksma, Presbyterian World Mission area coordinator for Africa. “We are able to do that because of our church partners on the ground. Our work has been in building the capacity of people and that can never be lost.”

If you would like to donate to Presbyterian Disaster Assistance and its work in South Sudan please click here. Funds will go toward humanitarian assistance and/or trauma care for families affected by the conflict and civil strife.

More information about the PC(USA) work in South Sudan, including activities of mission co-workers, can be found here.