The PC(USA) delegation in Tacloban, on the island of Leyte, the epicenter of Typhoon Haiyan. (Photo by Seku Sillah)

LOUISVILLE – Between October 15 and November 8, 2013, the Philippines received a one-two punch of natural disasters. A 7.2 magnitude earthquake struck the island of Bohol and then weeks later Typhoon Haiyan makes landfall on the islands of Samar and Leyte. By the time it was over, more than 6,000 people were killed and millions were left homeless.

Presbyterian Disaster Assistance has been working through its partners, the United Church of Christ (UCCP), the National Council of Churches in the Philippines (NCCP) and ACT Alliance to provide recovery assistance to the villages and communities damaged. The Presbyterian Church (U.S.A.) is a funding member of the UCCP and has supported the founding of churches, schools and hospitals throughout the country.

A PC(USA) delegation is traveling throughout the country over the next week to introduce mission agency leadership to partners and visit areas recovering from the disaster. The delegation consists of Presbyterian Mission Agency Interim Executive Director Tony De La Rosa, Sara Lisherness, director of Compassion, Peace and Justice and Laurie Kraus, coordinator for PDA, among other staff.

“This is an opportunity for PMA leadership to meet face-to-face with its counterparts at the UCCP as well learn more about the work taking place in the Philippines,” said Kraus. “We are also meeting with those involved with the Community Relocation sites of the UCCP Task Force Haiyan.” 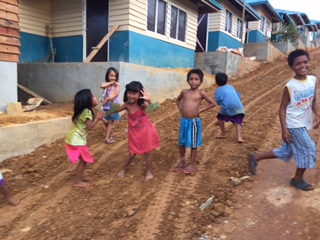 Children play in a village on the island of Samar, relocated after Haiyan. (Photo by Laurie Kraus)

Among the group’s first stops was Tacloban, on the island of Leyte, the epicenter of Haiyan. The team saw rehabilitation efforts and met with the ACT Alliance.

“We also traveled to the Island of Samar, also devastated by Haiyan,” said Kraus. “We visited Baranguay of Ferraras, a village that had to be relocated to higher ground above the fishing sites and homes that were swamped by storm surge. As many as 73 new homes have been constructed.”

Other stops will include Manila and Dumaguete, where the team will meet with leaders of Silliman University, founded by the UCCP. The school has provided significant support to rehabilitation efforts in the region.

Click here for more information about PDA’s work in the Philippines. 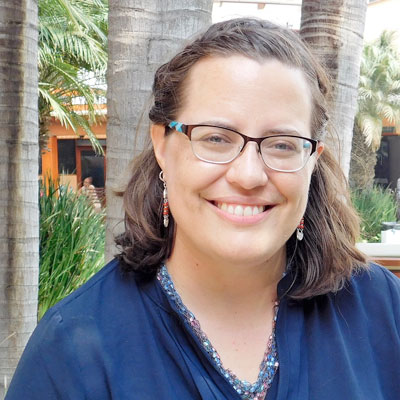