Share God’s love with our neighbors-in-need around the world through One Great Hour of Sharing.
Make A Donation Click Here >
Home › Pastors to reflect on Jan. 6 Capitol attack 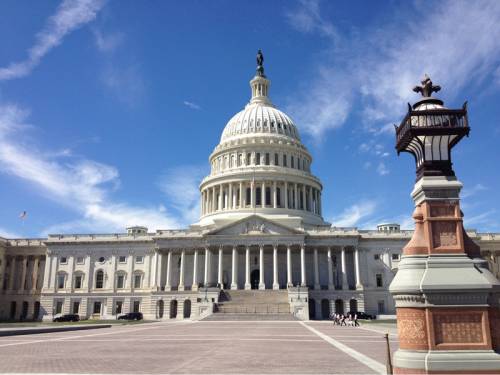 The U.S. Capitol. (Photo courtesy of Office of Public Witness)

“For me, it’s meant drawing on what I know about trauma and how it affects people, and pastoring through trauma,” said the Rev. Laura Cunningham, pastor of the church located in Washington’s Foggy Bottom neighborhood.

“What we saw was evil at work,” she said, noting, “We are called to renounce that.” 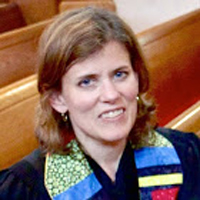 The Rev. Laura Cunningham is pastor of Western Presbyterian Church in Washington, D.C.

Cunningham will be one of two pastors reflecting on the events of Jan. 6 during the final episode of “Where Do We Go from Here?” a webinar series by the Presbyterian Church (U.S.A.)’s Office of Public Witness.

“I’ve been proud of my members who have said, ‘We wish we could forget this (attack) at one level, but we can’t forget this. We have to remember,’” Cunningham said.

Rev. Graylan S. Hagler, senior pastor of Plymouth Congregational United Church of Christ, will join her during the webinar at 3 p.m. Eastern Time on Thursday. It will viewable on OPW’s Facebook page as well as YouTube.

The webinar is the fourth episode of the series, which began on Jan. 14 with an appearance by the Rev. Dr. J. Herbert Nelson, II, Stated Clerk of the PC(USA) General Assembly.

Though the series has addressed many topics, including white supremacy theology and gender and sexuality, it was the Capitol attack that served as the main catalyst for the series.

“We saw the need for there to be some prophetic witness during that time,” said the Rev. Christian Brooks, Representative for Domestic Issues for OPW. “Folks were angry, folks were scared, folks were traumatized, and as faith leaders, we felt that there needed to be a space where people could honestly lament, where we could talk through some stuff and look forward to what’s to come and how we can position ourselves to continue to fight for liberation, and I think that the series has accomplished that and so much more.”

The insurrection took place after inflammatory remarks by then-President Donald Trump, who was later acquitted in the U.S. Senate of inciting the attack. Nonetheless, the violent siege has prompted some introspection by churches and religious leaders.

“My church is a diverse congregation, but we are predominantly white and so (we’ve been) having to look at our own identity as a congregation,” Cunningham said. “Have we done things inadvertently to confuse Christianity and nationalism ourselves?”

Thursday’s conversation will explore how churches are moving forward, whether that includes trying to advance racial equity in Washington, D.C., and beyond or looking internally at their own practices and policies, Brooks said.

You can register here.