by the Rev. Noah McIntee | Special to Presbyterian News Service 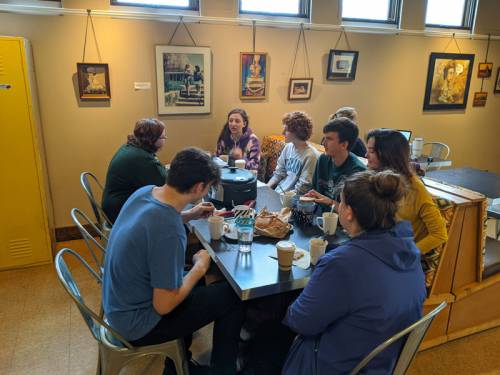 FRANKLIN, North Carolina — There are innumerable differences between Morrison Presbyterian Church and UKirk WCU, but one overriding similarity is the sense of loss due to the pandemic.

Morrison Presbyterian Church is a 180-year-old church in rural southern Appalachia. UKirk WCU is the Presbyterian Church (U.S.A.) campus ministry at Western Carolina University, located over the mountain and across the county line. Both of them, in different ways, are experiencing and dealing with loss.

Students of UKirk WCU have lost the final months of the semester. The news was initially received with joy as spring break was being extended by a week and in-person classes were moved online. The experience became less joyful as the food, fun and money ran out and students found themselves isolated in apartments or being sent home to parents.

Seniors are the most deeply affected as they have lost the final months of their final year of college. They have lost graduation ceremonies and end-of-year parties, final theater productions and long-labored art presentations. They have lost the chance to say goodbye and end their college experience in a way they hoped for and expected. A day after the online graduation ceremony, a new graduate texted me this: “It hit me that at some point I went to UKirk for the last time as a student — and that’s something I had not mentally prepared myself for.”

As the semester wrapped up, the sense of loss widened for the students and recent graduates as they head into a summer with no internships and a career field with few open jobs.

For the Morrison Presbyterian Church congregation, the loss is the same, though the reasons are different. Unlike their college-aged counterparts, the congregation at Morrison is mostly in their 60s, 70s, and not a few of them in their 80s. For them, the loss of weekly worship has been the most significant, since the Sunday morning service is the central event of the week for many in the congregation. 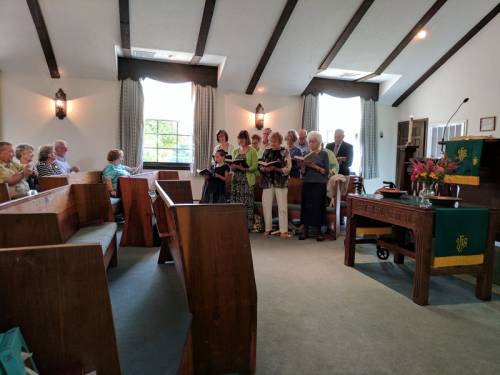 Members and friends of the congregation have also lost traditional ways of being supported in times of need. While none of the congregation has contracted the virus, there have been postponements of knee surgeries, an unscheduled pacemaker surgery, and three members admitted to the hospital. As is often the case in rural America, admission to the local hospital is just the first stop before being transferred to the regional hospital. Three counties away at the hospital in Asheville, the new safety measures have meant that there is no visitation from family, friends, or pastor. The feelings of isolation and loss have only deepened.

Both communities of faith have needed to grieve their loss and move through it. While the public health message proclaims that “social distance doesn’t mean social isolation,” it is the Church which has answered the call to bridge the gaps with the outstretched arms of Christian community. What has been a defining feature of the Church and our reality as people of faith is now also an answer to a public health crisis.

Responding to the loss felt by college students has been a technology-driven endeavor. You may be surprised to hear how many of them loathe the idea of a Zoom meeting, considering how adept they all seem to be at using the disappearing messages of Snapchat and deftly deploying emojis.

But we persevered and were able to complete our Bible study on Revelation via Zoom. A podcast was also deployed; its greatest success came in the episodes which featured conversations with students. Through these and other means (and memes) we have created an outlet to deal with loss and move through it.

The congregation is, perhaps stereotypically, less interested in internet-based options for ministry. Yet the podcast developed uniquely for the church was a resounding success — proving to be a means for outreach as well. Less successful was any attempt at a live-streamed worship service or YouTube videos of sermons. The location of the church, like that of many parishioners, is on a hill which has all the beauty that the mountains of Western North Carolina can provide — but none of the cell coverage or access to high-speed internet.

Scripture is full of encouragement for times just like these and I found myself often referencing Romans 12:12: “Rejoice in hope, be patient in tribulation, be constant in prayer.” My most common refrain, however, was the signoff that I used to end every message of the podcast: “Remember that wherever you are, you are not alone — the risen Christ is with us.” It’s a reminder to all of us in the diaspora of our own homes that Christ is there, and where Christ goes — the Church follows.

The Rev. Noah McIntee is the pastor at Morrison Presbyterian Church and the campus minister at UKirk WCU. Reach him at noah@ukirkwcu.org.