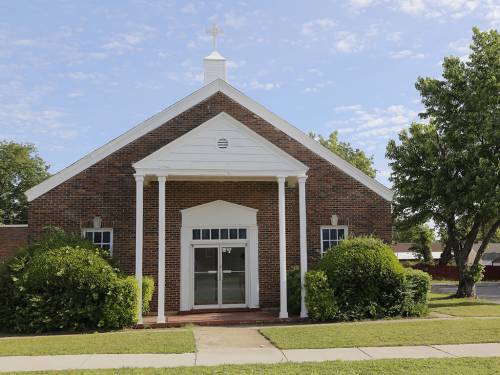 LOUISVILLE – One Oklahoma church has adopted a unique format in its effort to confront personal and societal racism. Trinity Presbyterian Church in Oklahoma City began a 10-week “Racism and Racists Anonymous” discussion group Feb. 15 and will conclude on the Wednesday following Easter.

The Rev. Richard Mize, the church’s pastor and real estate editor at The Oklahoman, modeled his meetings after the Rev. Ron Buford’s “Racists Anonymous” meetings at Congregational Community Church (United Church of Christ) in Sunnyvale, California. Each meeting highlights a personal account of racism or an encounter with racism, which leads to discussion on individual responses to racism.

“I stumbled across what [Ron] Buford was doing, read it and said, ‘That’s us; we’ve got to do this,’” Mize said. “At the time, I didn’t know he was a black man serving a mostly white congregation. I just read a story about a pastor in California doing this, and when I learned he was African-American, thought that’s kind of an upside-down mirror image of my situation here.”

Mize, who is white, describes himself as a “proud Southerner” who, although he came to Christianity as a young person in opposition to the culture of racism around him, didn’t see anything wrong with the symbolism of the Confederate flag until sometime in his 40s.

“It’s hard to say that I was a mild racist,” he said of his admission during the meetings. “They all laughed when I said that. … But it took a few encounters with black friends for me to walk away from it and to repent of it. Thank God that happened before ‘Mother Emanuel’ (Emanuel AME Church in Charleston, South Carolina, where Dylann Roof shot nine black parishioners dead). I was so glad it didn’t take that for me to furl that flag.”

Trinity’s membership is 75–80 percent African-American and the “Racism and Racists Anonymous” group, which has averaged 20 people at each of the past six meetings, has matched that demographic mix. The church is the result of a merger between two congregations in the mid-1960s—the predominantly black Bethel Presbyterian Church and the predominantly white Creston Hills Presbyterian.

For his part, Buford said earlier attempts at dialogue on racism resulted in “white people feeling guilty and black people feeling angrier.” A trip to England—what he calls a “race vacation” because of the lack of racism he felt directed at him as a black American—showed him that racism exists in all cultures because racist remarks were being leveled against those from Eastern Europe, the Caribbean and Africa instead of him.

At his current church, which has Alcoholics Anonymous meetings every day at noon just outside his office, Buford began to tie together AA’s methodology and a possible framework for more constructive work on racism.

So just like AA, Buford asked his group to look at themselves, not other people, but their own racism. “Ron Buford is working on Ron Buford’s racism,” he said. “We assume everybody is a racist. The goal is to be more mindful of our racism, exercise and practice it less, pass less along, so that in two or three generations we may have a racist free society.”

Buford’s group has been meeting for more than a year, and groups in North Carolina; Birmingham, Alabama; and Freemont, California, have developed along the same model.

“Of all the things we can call people in America today, to be called racist is the one of the worst,” he said of the reluctance to confront personal and institutional racism. “It’s the reason our churches are racist. Not unlike alcoholism, we are in denial. It’s not going to end in our kind, sympathetic, organizations until we admit we are racist. An we’re not going to change until we remember it, and repent of it daily.” 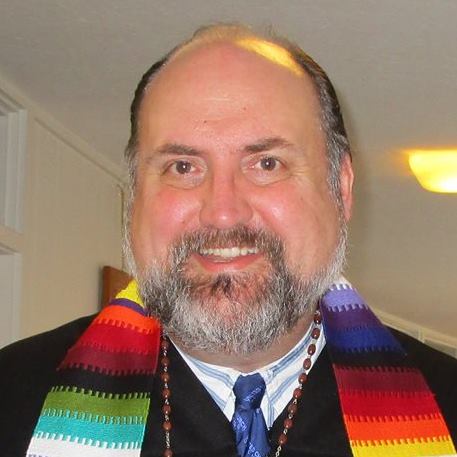 Although anonymity is a hallmark of these groups, Mize asks those attending to sign in and provide contact information at each meeting. Some members were concerned that agitators, or worse, would attend the gatherings.

“They were afraid trouble would show up,” Mize said. “So we asked a police officer, a community service officer, to show up at the first meeting. We parked the police car in plain view of the church because of the one or two people with concerns, and we haven’t had any trouble.”

Saying the dynamic of the conversation at Trinity is different, given the majority of African-American attendees, Mize “doctored” the format established by Buford to fit the context of the northeast Oklahoma City neighborhood.

“I’m astounded that they came in the first place, and that they keep coming back,” Mize said. “Part of what we wind up talking about is what is racism and what is it not, and what is bias, and what is prejudice.”

Mize said the power of the program is that it is easy to implement—“costing only electricity and coffee”—and follows “the secret of 12-step programs,” with participants listening to one another and not lecturing on racism, arguing about it or trying to find solutions for it.

“We were looking at each other on the first night of meetings, just astounded at how we’re being affirmed by what we’re doing with RA,” he said. “It’s talking and going out of your way to meet black folks if you’re white, and meet white folks if you’re black, and to just shut up and listen to one another and be willing to let your feelings get hurt.”

“If you’re in this work together, grace has to apply,” Mize said of the group’s outcomes. “We have to assume that we’re all here together of good will. And if out of ignorance or habit or unexamined word choice we say something offensive, we have to be gracious about it.”

Personal stories are the “secret sauce” for the group and provide the most meaning, furthering understanding and healing, Mize said.

“It’s about my story and it’s about your story, and it’s about being quiet and listening to each other,” he said. “We talked about hope last week, and some people spoke about their hope in the youth. There happened to be a teen there that came in for her first visit, who said, ‘I’m y’all’s hope.’

“And that was a holy moment.”

Acting on the directive of the 222nd General Assembly (2016) of the Presbyterian Church (U.S.A.), the communication groups of the denomination’s six agencies have created the cross-agency program, “Facing Racism,” to produce and promote antiracism resources for the church. The FacingRacism.org website will serve as a starting point for the dissemination of resources and offers a link to subscribe to receive regular updates on newly available materials and calls to action.