Make A Donation Click Here >
Home › ‘Off to a great start’

Churches large and small, urban and rural, are accepting the Matthew 25 invitation 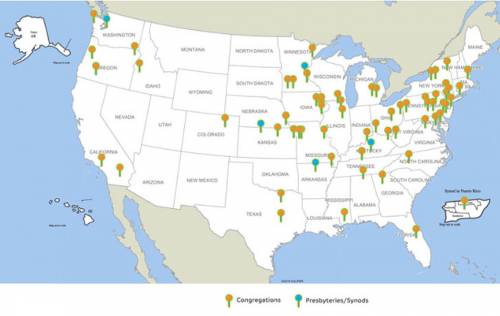 As of Friday morning, 79 churches, five presbyteries and one synod had said yes to the Matthew 25 invitation. That means that more than 1,100 of the denomination’s 9,161 churches have agreed to work on one or more of Matthew 25’s three focus areas.

LOUISVILLE — As of Friday morning, 79 congregations, five presbyteries and one synod — Lakes and Prairies — had said yes to the Matthew 25 invitation, agreeing to become more actively engaged in the world by working on one or more of three focus areas: building congregational vitality, dismantling structural racism and eradicating systemic poverty.

That means that since the invitation’s April 1 rollout, more than 1,100 of the 9,161 Presbyterian Church (U.S.A.) congregations are interested in further engaging the work that Jesus calls his followers to do in Matthew’s account of the judgment of the nations. The six mid councils to accept the invitation include more than 1,000 churches; not all have individually said yes to Matthew 25.

“I think we are off to a great start,” said the Rev. Dr. Diane Moffett, president and executive director of the Presbyterian Mission Agency. “We knew that a lot of congregations were already doing the work while others needed a gentle nudge.”

“The Matthew 25 vision,” she said, “can unite all of us in the work of ministry and mission.” 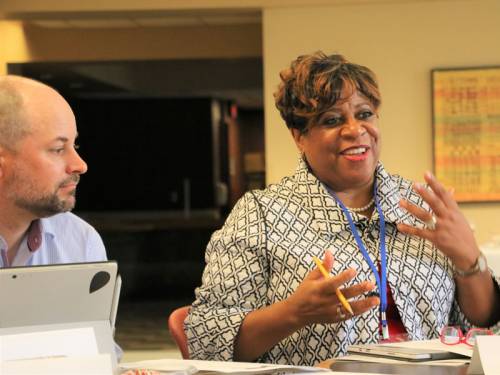 The Rev. Dr. Diane Moffett, president and executive director of the Presbyterian Mission Agency, has traveled extensively to describe the Matthew 25 invitation to churches and mid councils. (Photo by Tammy Warren)

Before and since the rollout, Moffett and other PC(USA) national staffers have visited dozens of churches and mid councils to explain and promote the Matthew 25 invitation, which came about following exhortations from both the 222nd and 223rd General Assemblies (in 2016 and 2018) to act boldly and compassionately to serve people who are hungry, oppressed, imprisoned or poor.

“I figure it’ll take two years to saturate the entire denomination so that everyone knows about it,” she said. “I was a pastor for 32 years, and I realize there are a lot of General Assembly mandates that never got to pastors and congregations. I want to as much as possible make sure that happens, so during the first year we’re hoping to reach half of the congregations. In the second year we’ll continue to work on that.”

Moffett said two other synods are actively considering accepting the invitation. It takes time, she said, because synods and presbyteries don’t normally meet as frequently as church sessions do.

“It takes time for them to make those decisions, but the energy is there,” she said. “People are talking about it, because Matthew 25 can unite the entire Church. All of us are called to deal with the systems of this world.”

As she travels, Moffett hears stories from churches and mid councils “finding a way to clarify what they’re already doing and going deeper,” she said. She said she’s grateful for the way the Matthew 25 work aligns with the Hands and Feet initiative begun by the PC(USA)’s Stated Clerk, Rev. Dr. J. Herbert Nelson, II.

“I am careful to say Matthew 25 is the overarching vision,” Moffett said. “It’s initiatives like Hands and Feet that make it come alive.” 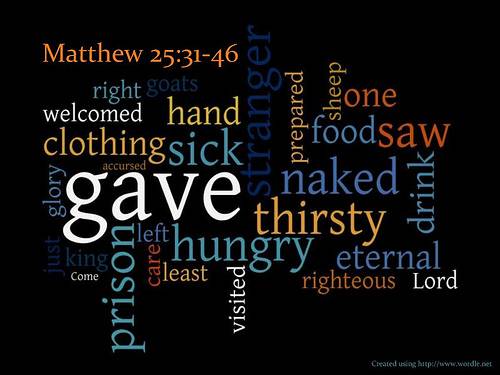 In her travels and during her presentations, Moffett spends at least as much time listening as she does discussing the Matthew 25 invitation — including a Bible study she’s developing.

“Many people have told me this is something they have been waiting for,” she said. “They wanted something that would pull the denomination together, and this comes directly from Scripture.”

Rural, suburban and urban churches large and small and in between — “all of us can find a way to actively engage and develop Hands and Feet initiatives that are applicable to their context,” she said, adding that the Matthew 25 framework “allows churches to look at the systems” that have enabled structural racism and systemic poverty to remain in place for centuries. She said the invitation also invites churches and mid councils “to maintain their uniqueness but stay a part of the larger fabric of ministry. It is the vision of churches and mid councils and agencies that will help them decide how to put flesh on that.”

“I think this is something God laid on the hearts of our denomination,” she said. “We have got to look at the systems created a long time ago to keep people oppressed. I think we are doing what God would have us do — and if God would have us change course, we will do that.”

“People get it, and they’re using Matthew 25 terms,” she added. “It’s amazing to me to see how it’s taken off. We aren’t there yet, but we’re trying to make sure everyone knows what is going on.”

Even in the invitation’s earliest stage, another parable — the mustard seed  — may also apply.

“If 20 percent of the denomination signs on,” Moffett said, “the other 80 percent will also be affected.”