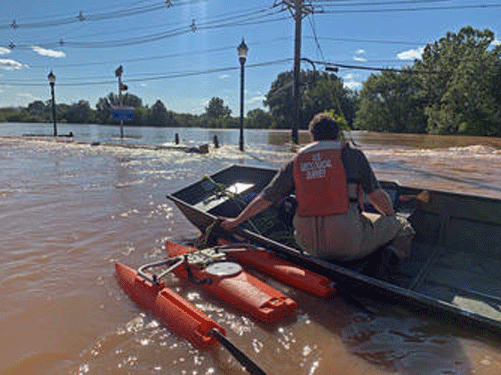 LOUISVILLE — After dealing Louisiana a severe blow, Hurricane Ida weakened as it moved inland but still managed to wreak havoc on portions of the Northeast United States, leading to fatalities and property damage.

Several churches that are part of the Presbyterian Church (U.S.A.) in the Northeast were affected by the storm, according to Presbyterian Disaster Assistance, and news reports say more than 80 people have died, from Louisiana to the Northeast.

“There’s been dozens of churches that have been impacted to various degrees,” said the Rev. James Kirk, PDA Associate for (U.S.) Disaster Response. “We anticipate multiple grant requests, for sure.”

In the Presbytery of Northeast New Jersey, “we are still evaluating the full extent of the damage and prioritizing our response,” the Rev. Steve Huston, the presbytery’s Organizing Co-leader, said by email. “Our primary concern is helping community ministries come back online so churches can start feeding and assisting their neighbors. The arrival of a PDA national response team helped tremendously.”

“Probably at least a dozen churches seem to have more than just a little water in the building,” said the Rev. Dr. Robert Foltz-Morrison, Executive Presbyter of the Presbytery of NYC. “They either have substantial damage or damage that’s going to require contractors to come in and repair.”

In addition to any assistance PDA provides, “we’re also drawing from additional funds that the trustees have now released this week,” Foltz-Morrison said. It’s not yet clear how the money will be allocated, but “we’re digging in a little bit into our own assets, trying to help the churches that have this damage.”

The severity of Ida’s punch was unexpected in the Northeast from a storm that came up from the Gulf. The Associated Press reported that New York City’s Central Park received 3.15 inches of rain in just one hour on Sept. 1, surpassing the previous one-hour high of 1.94 inches, which was set during Tropical Storm Henri on Aug. 21. 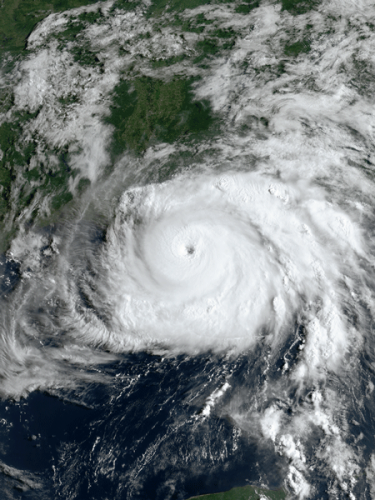 Satellite imagery shows Hurricane Ida approaching Louisiana on Aug. 29. Ida moved on to cause severe flooding in the Northeastern United States. (Photo courtesy of the National Oceanic and Atmospheric Administration via Wikimedia Commons)

“Nobody can handle those high-volume, high-precipitation events,” said Kirk, who noted that experts say climate change is contributing to the development of such intense weather.

In the Presbytery of New York City, trustees are encouraging churches to review their insurance policies to see what coverage is included.

“We hope that God will soften the hearts of those who are in the insurance company that we pay a very high premium to every year to recognize that they have a responsibility to make us whole,” said the Rev. Diane Lacey, pastor of Brooklyn’s Church of Gethsemane, which was heavily damaged by Henri and minimally affected by Ida.

Churches are being cautioned to watch out for scam artists as they look to restore their churches.

“Be mindful of people who are pretending to be public adjusters or do-good contractors,” said Foltz-Morrison, who stressed the importance of checking on people’s credentials.

“The arrival of a PDA national response team, who showed up with bagels and cream cheese, lowered the anxiety in the presbytery office and let our churches know that we were not alone,” Huston in New Jersey said.

Meanwhile, PDA continues to work with presbytery leadership in Louisiana, where Hurricane Ida made landfall on Aug. 29, resulting in property damage, widespread power outages and multiple deaths. Ida was followed by Tropical Storm Nicholas, which moved through the Gulf Coast, including Texas and Louisiana, earlier this week.