by The Collective Foundation | Special to Presbyterian News Service 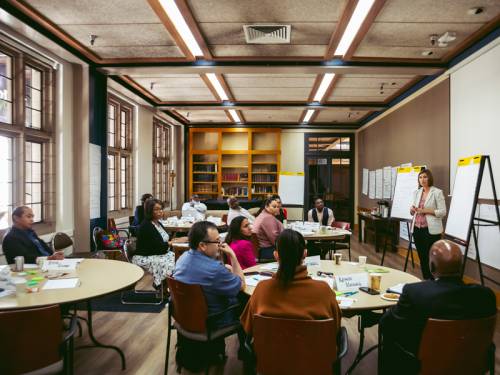 The Collective Foundation has issued a report detailing stories of creativity that fundraisers of color have employed in their work. (Contributed photo)

LOUISVILLE — A new report reveals the resilience and innovation among fundraisers of color in Christian communities.

In a comprehensive effort to address the gaps in qualitative and quantitative research data to support development in faith communities, a grassroots initiative was created to examine more diverse fundraising trends and experiences.

The solution started with an email connecting two fundraising professionals who appeared to be operating in the same sphere but found they were inhabiting two very different worlds. The question in the email was about financial giving in communities color, particularly around justice issues. The quest for data would require more than four years of hands-on research in the communities in question, alongside a seed grant from a Duke University Leadership program.

When Aimée Laramore and Erin Weber-Johnson — the two women who were connected by that pivotal email — began the task of exploring meaningful research to answer their questions about fundraising by and for fundraisers and communities of color, they quickly discovered there was none to be found. None of the regular statistical information, donor profiles or financial data existed in a way that could be distilled to specifically serve these communities. 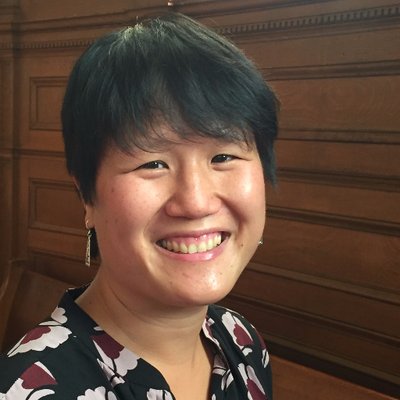 The Rev. Larissa Kwong Abazia, a Vice Moderator of the 221st General Assembly (2014) of the Presbyterian Church (U.S.A.), is among the founders of The Collective Foundation.

In response, a new nonprofit organization, The Collective Foundation, was formed by the Rev. Larissa Kwong Abazia, Aimée Laramore, the Rev. Dr. Derrick McQueen, the Rev. Mieke Vandersall, and Erin Weber-Johnson. With a methodology that included the planning of five gatherings across the country, faith-based facilitation, community building initiatives, transcription services and research and writing, a $200,000 initiative was launched.

Volunteers, strategic partners, fundraisers of color and more than 20 institutions across denominations, including the Presbyterian Foundation, Thrivent Financial, and The Episcopal Diocese of Texas, sponsored a multi-year research project with a goal of understanding the unique practices, cultures of giving, and challenges that define the ways in which communities of color engage with financial matters and fundraising.

The result of this effort is an extensive and elucidating study, filled with the stories of creativity, innovation, deep faith, and sparks of genius among fundraisers in communities of color despite invisible barriers within the process — like the lack of data about their donor base — which distract from their work and steepen the climb toward financial health. The candor and depth of 50 fundraisers resulted in qualitative revelations and insights that made the entirety of the initiative possible. The research revealed the challenges in finding shared language around money, stewardship and giving, in addition to the reality that shared denominational structures, faith tenets and belief structures don’t necessarily translate to consistent access to denominational or ecumenical resources. 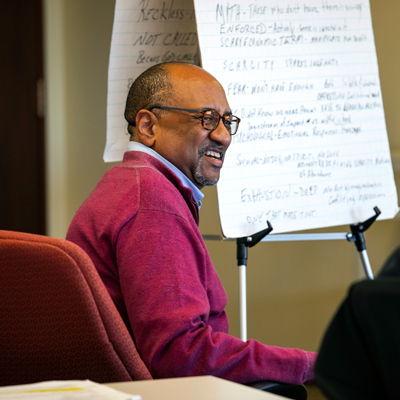 The Rev. Dr. Derrick McQueen, who teaches at Union Theological Seminary and is pastor of St. James Presbyterian Church in Harlem, is a co-founder of The Collective Foundation. (Contributed photo)

The study shares insights in the words of the fundraisers who navigate the invisible gates and bars set by traditional fundraising practices. It goes on to extract actionable insights that have been codified to support white communities wishing to co-conspire in disassembling the inequities in existing fundraising structures and building equitable systems in their place. It also provides pragmatic guidance for fundraisers in communities of color to support them in the here and now while the work of equity is being undertaken.

The report is available here. The Collective Foundation recognizes that implementation of the recommendations of this report will require a great deal of contextual analysis and support. Consistent with Foundation values, the group will invest the benefits of monetary investment in the report, coaching and training with communities and fundraisers of color who have made this work possible.