“Were You There?” explores themes of sorrow, silence and lament 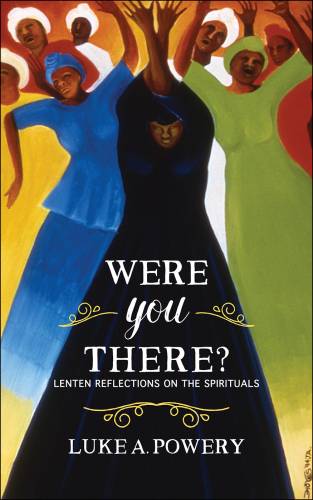 Luke A. Powery’s “Were You There?: Lenten Reflections on the Spirituals” was published this month by Westminster John Knox Press. (Contributed image)

LOUISVILLE — Westminster John Knox Press announces the release of “Were You There?: Lenten Reflections on the Spirituals” by Luke A. Powery.

Valuable not only for their sublime musical expression, African American spirituals provide profound insights into the human condition and Christian life. Many spirituals focus on the climax of the Christian drama, the death and resurrection of Jesus Christ, and the ways in which those events bring about the liberation of God’s people.

In these devotions for the season of Lent, Powery leads the reader through the spirituals as they confront the mystery of Christ’s atoning death and victory over the grave. Each selection includes the lyrics of the spiritual, a reflection by the author on the spiritual’s meaning, a Scripture verse related to that meaning, and a brief prayer.

“Open the pages of Luke Powery’s new devotional and discover in those poignant African American spirituals of times past a powerful, living faith in Jesus, reminding us that, despite all we face, we too shall overcome,” writes the Rev. Michael B. Curry, Presiding Bishop of The Episcopal Church.

By examining the themes of sorrow, silence, and lament through the spirituals, readers will be inspired for reflection during this season of Lent. “Were You There?” serves as the companion to Powery’s Advent devotional focused on the spirituals, “Rise Up, Shepherd,” and is now available through Westminster John Knox Press and other major retailers.

Luke A. Powery is Dean of Duke University Chapel and Associate Professor of Homiletics at Duke Divinity School. Prior to his appointment at Duke, he served as the Perry and Georgia Engle Assistant Professor of Homiletics at Princeton Theological Seminary. He is one of the General Editors of “Connections,” a lectionary worship resource series from Westminster John Knox Press.