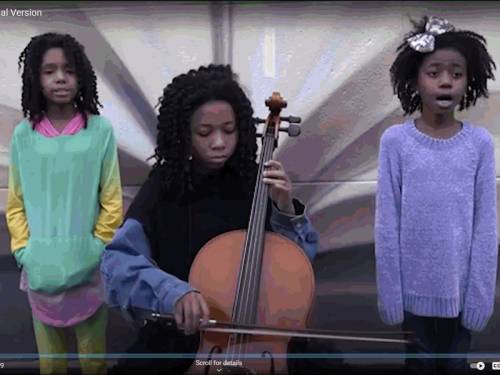 Students with Trinity Strings Trenton perform Sherri Anderson’s “Let Me Breathe” during the Justice Concert put on by the Presbytery of New Brunswick. (Screenshot)

NEW BRUNSWICK, New Jersey ­— It was a hot afternoon in July 2020, five months after the first stay-at-home orders issued in New Jersey had forced residents to shelter in place. Cherry Oakley, moderator of the Presbytery of New Brunswick, was thinking hard in the front seat of her car. She lamented the racial and economic injustice laid bare by the pandemic.

“There are two pandemics,” Oakley recently said via Zoom, “the pandemic of COVID-19 and the pandemic of 1619.” 1619 was the year the first enslaved people from Africa were forced into bondage in the Colonies.

Slavery, which has been called America’s original sin, continues to haunt us. Systemic ­— and staggering ­— racial disparities in economic stability, education, health care, and law enforcement persist. The median net wealth of Black American households is 1/12 that of white households. One in 11 Black adults are currently under correctional control. If recent rates of police violence hold, 1 in 1,000 Black men and boys will die at the hands of law enforcement. In some states, African Americans are dying from COVID-19 at rates nearly three times their share of the population.

What Oakley said she yearned for was some way to approach the social injustice that pervades our very existence. She longed desperately for human connection, for storytelling, for singing. Dreaming gave way to inspiration. What if, she wondered, some forum existed even now — even as we physically distance ourselves — for minoritized voices to share their stories?

In music, Oakley found answers. Music, she realized, allows us to contemplate and communicate the deep yearnings of our hearts that our words alone cannot reach. “The artists among us throughout time have always held a mirror up to us, have helped us look at what is really happening,” she said. With that realization, the Justice Concert of the Presbytery of New Brunswick was born. 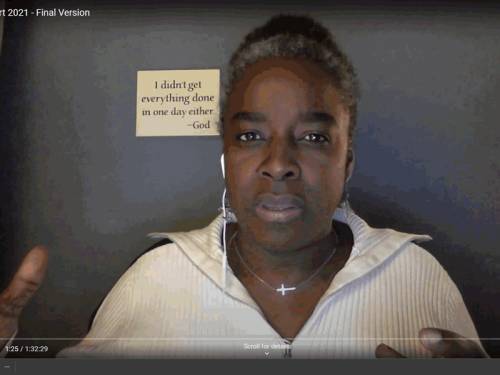 Ruling Elder Cherry Oakley, who helped bring the online Justice Concert to life, is moderator of the Presbytery of New Brunswick. (Screenshot)

“I believe,” Oakley says while introducing the concert, “that in life things get revealed to us that help us to really be who we’re called to be — not as individuals but as a collective humanity.

“The secret,” Oakley says, “is to get it in a whisper, because secrets are usually told in whispers.”

Oakley mobilized an ever-expanding team of volunteers to help realize her vision. Artists in New Jersey and beyond began submitting creative works — songs, photographs, poems — that wrestled with injustice. The planning team set about organizing submissions into a cohesive online collection. The result was a 90-minute concert recognizing, reckoning with, and responding to social injustice that premiered on YouTube on Jan. 17. Viewers were encouraged to donate to the Poor People’s Campaign, a national effort to confront and combat systemic poverty. To date, the concert has over 500 views. View the concert here. A concert program can be found here.

“This concert is one way our presbytery is living out the words of Matthew 25,” said Mike Meduski, a ruling elder at First Presbyterian Church of Hamilton Square, New Jersey and coordinator of the Justice Concert. “We hope you will carry forward the message of social justice as you go about your daily personal and professional lives.”

Neal Stephens and Sherri Anderson each wrote original songs for the Justice Concert. Anderson was moved to compose by “the tragedy of a child not sensing that they can just be.”

“Children,” Anderson said, “are not immune to the feelings of threat that social structures out of alignment produce.”  Her song, “Let Me Breathe,” is a voice in the wilderness crying for peace.

Stephens wrote “Eight and Forty-Six” in response to the killing of George Floyd. “I was emotionally feeling broken,” he said. “When I am in that type of heart space, I usually express what I’m feeling in a song.”

Asked what makes music such a powerful way to approach justice issue, Stephens said it’s “the combination of authenticity, words, and rhythm seems to touch down into the soul of a person in ways that nothing else does.” Anderson had this reply: “There’s no explaining the power of things like music and art. But we can feel it.” 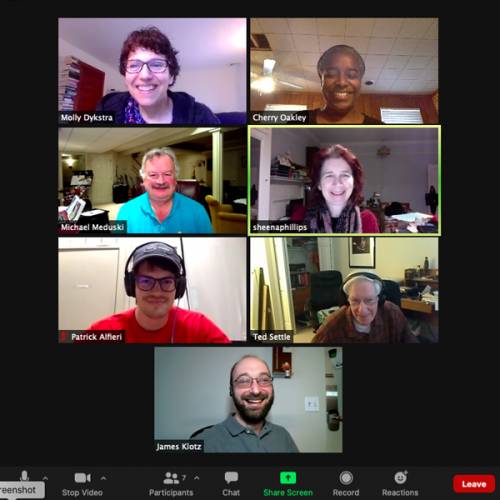 A planning team is working to create a live Justice Concert experience. (Screenshot)

Plans for a live Justice Concert are underway. New content continues to be added to the presbytery’s YouTube channel, and organizers continue to brainstorm new ways to help others share their justice stories. The hope is to eventually curate a single online destination with educational and devotional resources, testimonies from local congregants, and a database compiling the justice work of local church bodies and community affiliates.

Oakley offered this when asked what gives her hope for a more just and equitable future: “That people keep trying.”

Patrick Alfieri is an intern at Johnsonburg Camp and Retreat Center in Johnsonburg, New Jersey.