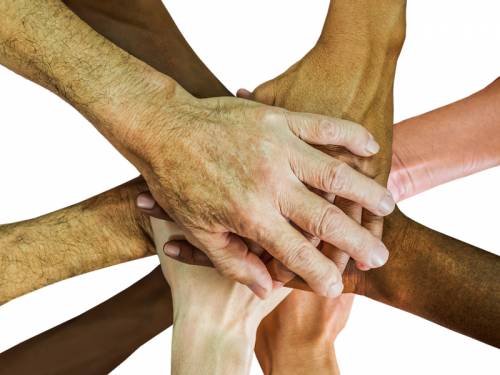 LOUISVILLE — The Presbyterian Committee on Mission Responsibility Through Investment (MRTI) has signed onto a statement calling for the investment community to help put an end to systemic racism and foster racial equity and justice.

The statement, which was developed and circulated by a group of investors from the Racial Justice Investing coalition, acknowledges that systemic racism has deep roots in this country and calls on the investment community to take specific steps to make things better.

The statement, released earlier this month, follows weeks of protests across the nation against police brutality, following the high-profile deaths of African Americans, such as George Floyd and Breonna Taylor, and inequities brought to the forefront by the COVID-19 pandemic.

The statement, endorsed by organizations such as the Interfaith Center on Corporate Responsibility and Robert F. Kennedy Human Rights, says in part, “We recognize that the investor community has contributed to and benefited from racist systems and the entrenchment of white supremacy. We therefore take responsibility and commit to hold ourselves accountable for dismantling systemic racism and promoting racial equity and justice through our investments and work.”

The statement’s five calls to action include commitments to:

MRTI does not make investments but does engage corporations per General Assembly policy in making socially responsible decisions and takes steps to amplify the voices and opinions of those most directly affected by environmental racism. That includes historically marginalized groups, such as African Americans and other minorities. 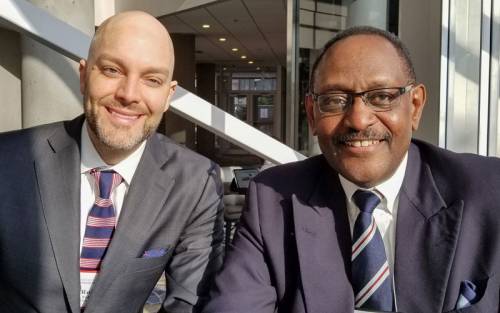 Rob Fohr, at left, director of Faith-Based Investing and Corporate Engagement for the PC(USA), and Joseph Kinard, the outgoing chair of the Committee on Mission Responsibility Through Investment. (Photo by Rich Copley)

“One of MRTI’s  founding principles is ‘the pursuit of racial justice,’” said Rob Fohr, director of Faith-Based Investing and Corporate Engagement for the Presbyterian Church (U.S.A.). “From apartheid in South Africa to environmental racism, MRTI has taken seriously racial justice in its corporate engagement work. The recent events bring to the forefront the importance of this to MRTI’s work.”

Joseph Kinard, outgoing chair of MRTI, said, “MRTI’s shareholder engagement work aligns well with this investor statement. It supports MRTI’s long history of focusing on equal/racial justice issues in our engagements” and played a role in MRTI’s recommendation to divest from for-profit prisons. That’s “Faith in action!” he said.

In keeping with a 2018 General Assembly action on responding to environmental racism and promoting environmental justice, members of MRTI traveled to New Orleans in March 2019 and received specialized training. The committee also has visited multiple communities to witness the effects of environmental racism, from coastal erosion along the Blue Bayou in Louisiana to the impact of industrial pollution in Detroit.

“MRTI took very seriously the charge from the 223rd General Assembly to examine and address environmental racism and we commit to continue this work in the years to come,” said the Rev. Dr. Kerri Allen, MRTI’s chair-elect. “We are in the midst of fighting two pandemics: COVID-19 and the pandemic of structural racism. Climate change intersects with these crises and the entire church has a role to play in seeking equity and justice throughout the world. MRTI commits to doing our part as well through engaging publicly-traded corporations on these issues.”