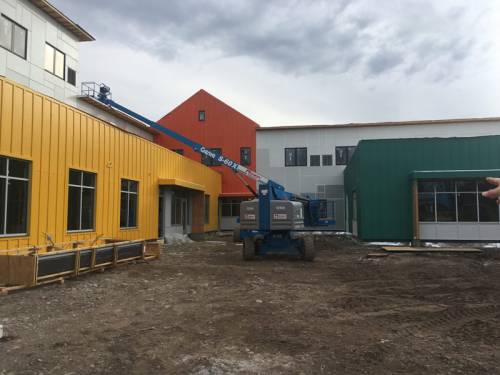 LOUISVILLE — An ecumenical collaborative that works with homeless families and other vulnerable people is making an impact in Missoula, Montana, with support from the Presbyterian Church (U.S.A.).

The Missoula Interfaith Collaborative (MIC) is a congregation-based community organizing non-profit that includes member organizations from various faith traditions, including Christian, Jewish, Buddhist and Muslim religions, working together on pressing issues such as affordable housing, joblessness and life after the justice system.

“We have 35 institutions from all different faiths and some nonprofits that come together and they identify these common issues and concerns and then they work on those concerns together,” said Rebecca Pettit, MIC’s development director. “Housing was one of those issues that they identified.”

The organization, which has received multiple grants from the Presbyterian Hunger Program and whose members include the local First Presbyterian Church, has existed for about 10 years and places an emphasis on empowering people to advocate for themselves.

“For the communities of faith, it’s helped them see what they have in common and how much good in the world they can do when they work together,” said the Rev. Courtney Arntzen, a community chaplain in the area who has MIC as her fiscal sponsor.  “It’s also shown the whole community that people of faith care about the things that they care about. … They want to see people with enough housing and enough relationships and enough money and enough hope and enough food to be able to thrive.”

An example of that is The Meadowlark, a more than 36,000-square-foot building being erected in the heart of Missoula by MIC and the YWCA of Missoula to assist homeless families and other community members. It will provide shelter for up to 31 families and address a misconception about homelessness.

Missoula has the largest population of homeless families in the state, but many people have pictured the typical homeless person to be “a single man who may be struggling with substance abuse issues and sleeping on the sidewalk,” said Cindy Weese, executive director of YWCA Missoula. “We really wanted to say, ‘Hey, there are almost as many individuals living in families who are homeless and unsheltered in this community as there are individuals. They’re just the hidden homeless.’”

In fact, “on any given night in Missoula, there are 50 homeless families, with an average of 110 children living in those families,” Weese said. “What we were seeing is that families were sleeping in their cars or camping outside, and in Montana, it’s hard to camp outside for at least half the year until they kick into one of our programs. So we always had a long wait list, and now with the new family housing center, we will be able to offer same-day access to shelter.”

“We have 25 really nice private rooms that can house families of up to five people,” Weese said. “They each will have their own individual bathrooms and then we have an overflow space that is more dorm-like that can serve another six families. We’re so excited.”

The YWCA has been putting homeless families up in a hotel while MIC provided additional temporarily housing space for families with various congregations.

Now, “instead of having families go from one congregation to another, they’ll actually have congregations come to the family housing center and still provide meals and stay overnight and provide support to the families,” Pettit said.

“We would not have been able to create this family shelter without our partnership with MIC,” thanks to “their capacity to provide ongoing operational support as well as their ability to help us fundraise,” said Weese, referring to an $8 million capital campaign that was successful.

MIC does a lot of organizing and networking in the community to bring about change, whether it’s lobbying city officials or working with the local food bank on getting to the roots of food insecurity. “The food bank has been involved with issues around things like social isolation and housing and employment because all of those issues play a huge impact on somebody’s need of food bank services. So they do a lot of the systemic work that we’re trying to drive and push forward,” Pettit said.

As the housing center at The Meadowlark nears opening, MIC and YWCA are working to develop community partnerships to provide various services and activities for residents there, including after-school programming, a health clinic and legal assistance.

“It is a community-based facility, and it is going to take communitywide support to sustain it,” Weese said. 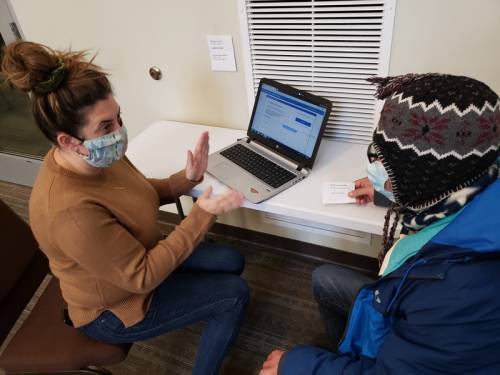 To further assist vulnerable people in Missoula, MIC does work through the Housing Advocate Network (HAN), which provides mentoring for various people, including homeless families, such as those that will live at The Meadowlark; people who are returning from incarceration; and people transitioning out of the foster care system.

“They’re matched with the housing advocate and they’re supported in applying for rental applications, going to landlords and pleading the case of why they should be allowed to live at the apartment or get the apartment,” Pettit said.

MIC also has Missoula Works, a program to help people overcome employment hurdles. For example, “we would employ people to work at the congregations to shovel snow and rake leaves,” Pettit said. The idea is to help people “work through some of the kinks of getting into good employment and have some understanding and some grace for people who might have some severe challenges.” 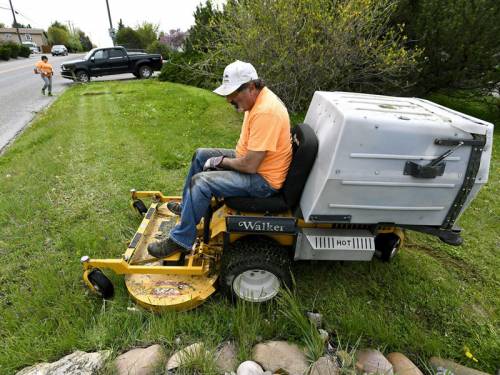 People working on the Get It Done crew with Missoula Works. (Photo courtesy of the Missoula Interfaith Collaborative)

“MIC demonstrates how collective efforts can create positive change in the lives of people and the community at large,” he said. “Such coalition work is happening in many towns and cities around the U.S.”

Supporting congregation-based community organizing, or CBCOs, is a central way that the Presbyterian Church (U.S.A.) addresses homelessness and the lack of affordable housing, he added.

“Congregation-based community organizing and similar coalitions offer congregations an opportunity to live out our calling as disciples of Christ and for Matthew 25 churches to tackle systemic racism and poverty.”

The Presbyterian Hunger Program is one of the Compassion, Peace & Justice ministries of the Presbyterian Mission Agency. It is supported by your gifts to One Great Hour of Sharing.