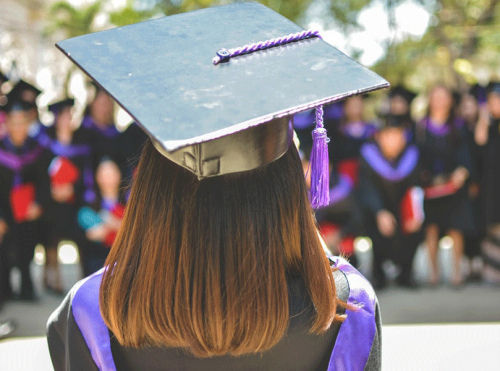 Photo by MD Durant via Unsplash

LOUISVILLE — Educational debt is a growing concern for many individuals and families, including Presbyterian ministers.

In response to a survey conducted by Research Services of the Presbyterian Church (U.S.A.), 48% of ministers report some level of concern regarding educational debt. The report, available in English, Spanish, and Korean, reveals that concern for educational debt does not drastically vary by type of service. Minsters working secular jobs report the most concern for debt, while retired ministers are least concerned. In most age groups, more than half of the respondents are concerned about their educational debt. Among those 65 and over, the number drops to 39%.

The cost of attending seminary includes, but is not limited to, tuition, books, room, board, and health insurance. Loans may not cover all seminary expenses. Sixty-six percent of respondents indicate that they worked to earn the additional money that they needed. Assistance with expenses came in other forms as well, such as aid from the seminary (62%), their personal savings (45%) and their spouse or partner’s earnings (36%).

Concern about educational debt extends to the cost of educating children. Except for retired ministers, over half of all responding ministers express concern about the cost of educating their children. Indeed, 18% of responding ministers report having outstanding educational loan balances for children they support. Sixty percent of respondents report not taking out loans for their children’s education. It is not known whether this is because they could not afford to assume more debt, because they are able to pay out of pocket, or because children are assuming their own debt.

A surprising load of debt

Other differences exist related to gender and race.

When looking at differences by race, 52% of Black ministers report using student loans to help cover the cost of seminary with 62% still having a balance on their loans. Both these numbers are higher than those of any other race or ethnic group.

At one time, most seminary students were in their 20s or early 30s. Today the ages of seminary students span decades. Younger students remain, but for many individuals ministry is a second career that required returning to school as older students. However, regardless of their age, many students secure loans for seminary.

The Presbyterian Church (U.S.A.) has programs to help ministers manage educational debt through the Presbyterian Mission Agency Educational Loan Forgiveness for Pastors program and the Board of Pensions Minister Educational Debt Assistance program. In addition, there is a modest financial aid program for students preparing for careers in the church. Increasing awareness of these programs is one step the church could take to support ministers. Conversations on all levels about ways to reduce the educational costs of preparing for ministry also seem in order.

Want to learn more? The findings in this article come from the Educational Debt Report, available in English, Spanish, and Korean. This report is based on data from the PC(USA) Minister Survey, a massive 110-question survey which fielded from September to November of 2019. Invitations were sent by postcard to all ministers for whom the Office of the General Assembly had an address. The survey was also one of the Board of Pensions’ Call to Health challenges. This partnership contributed to nearly half of all responses. Twenty-three percent of the denomination’s 19,243 ministers (n=4,495) responded to the survey.

This is the fourth in a series of eight articles on the survey results. Those articles, being published every Monday, are: