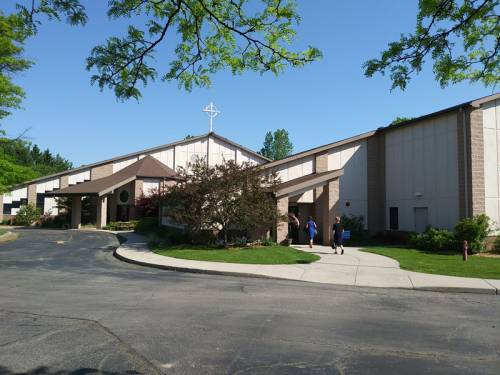 OKEMOS, Mich. – In just a little more than a decade, the Presbyterian Church of Okemos, a suburb of Lansing, Michigan, has gone from being a congregation that rarely talked about money to a church where even younger members understand the power of pledges, bequests and endowments to multiply mission and as a means to commit their life a part of a faith community.

With help from the Presbyterian Foundation, the 500-member congregation established an endowment in 2010. Stephen Keizer, the Foundation’s Vice President for Ministry Relations, worked with the endowment committee to develop policies and procedures and a plan for promoting contributions to the endowment.

In early 2015, 43-year-old Chris Doemel, who had joined the Okemos church 15 years earlier and served as an elder and eager participant in the music program, began talking with Carlson about making a significant gift to the church and remembering the church in his will. 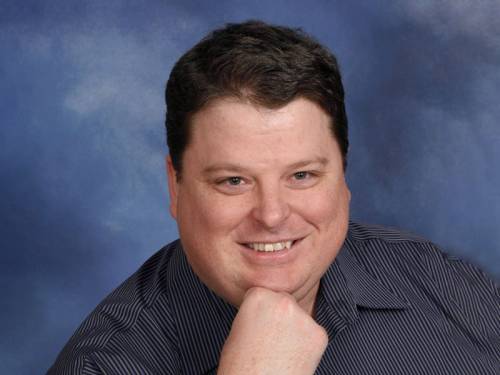 Chris Doemel made a substantial bequest to the congregation. Presbyterian Church of Okemos

“Often we think of legacy giving as something we don’t push people to consider until they’re over 65,” Carlson says. “Chris was 43 years old and wanted to do something for the church that had meant so much to him.”

In November 2015, Doemel was diagnosed with melanoma. By the time he died in March 2016, he had arranged to leave half of his estate to the church. His bequest included a $100,000 donation to the congregation’s endowment, $300,000 for a permanent fund to benefit the church’s music program, and an undesignated gift of nearly $1 million.

Carlson says Doemel, who worked in the tech industry, initially wanted to make his gift anonymously. But Carlson convinced the young man that telling the congregation might challenge others to consider planned giving.

Just before heading for the hospital, Doemel told the church’s session, “What I’m giving is just a fraction of what I’ve already been given.”

“That will be my message this fall,” Carlson says, referring to the upcoming stewardship season.

Bill Given, chair of the congregation’s stewardship committee, says an emphasis on planned giving will be part of this fall’s campaign. So will an “impact budget,” showing the amounts allocated for various programs with a summary of the past year’s accomplishments as well as goals for 2019.

“It’s very important to be open and transparent and engage the congregation” in discussions about budget and finances, and the commitment of church members’ time and talent, Given believes.

“I think people realize that our church has been very fortunate, and now we need to serve our community and the world in need,” he says.

“We’re not going to sit on this money — we’re going to put this money to work,” Carlson says of the church’s investments. The congregation has been very involved in education-related programs, and members are invited to suggest other projects to fund with interest from the endowment.

For example, the church started an English as a second language (ESL) program when the area saw an influx of refugees, many of whom did not have a high school education. The English classes grew into a Global Institute of Learning, now based at First Presbyterian Church in downtown Lansing, which prepares immigrants to pass the GED exam.

Carlson says the Presbyterian Foundation has helped the church make the most of its financial assets and “widened our vision of the resources available through the denomination.”

The congregation turned to Keizer for help investing the $1 million undesignated gift from Doemel. “We were not wanting to get into the stock market business,” Carlson says.  “And we were convinced that the Foundation provided the most flexibility and reliability.”

The money has been invested with New Covenant Trust Company, a subsidiary of the Foundation. Some of the money provided matching gifts in a recent capital campaign to pay off part of the mortgage on the church building. The mortgage now will be completely paid off in 2020, avoiding an upcoming balloon payment.

“The whole process will allow us to invest the funds that would have gone to paying interest on the loan,” says Given, “Now we can use this money to serve our congregation, expand our program, care for our building and reach out to communities in need.”

The Okemos congregation is an example of how a church can be inspired “to do bigger and better things” with its money, Keizer says. A permanent endowment can expand a church’s mission in the present and into the future. “What it allows the church to do above and beyond its annual operating budget is huge,” he says.

Keizer believes an emphasis on planned giving is important, not just for the financial health of a church but also for the spiritual vitality of members. Making a legacy gift can be a significant part of a person’s faith journey, leading to a “new level of discipleship.”

That’s why he insists that teaching members about planned giving is “something all churches should do.”

The Presbyterian Foundation’s team of financial and gift professionals – Ministry Relations Officers (MROs) – are skilled in planned giving, socially responsible investing, wills and bequests. Working from field offices across the county, they are ready to consult with pastors, stewardship and endowment committees, and other church teams to help them grow participation and giving. You can easily find the Foundation’s Ministry Relations Officer in your region on our website, or call 800-858-6127, Monday – Friday, 8 a.m. – 5 p.m.