We can do much with little when we love God 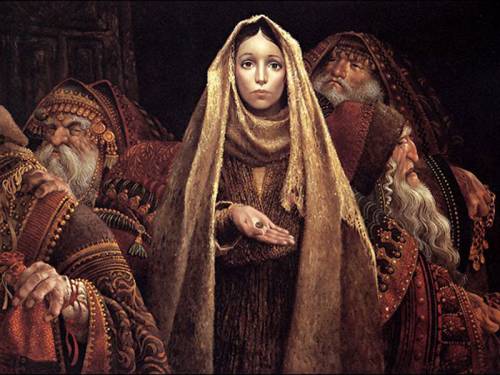 LOUISVILLE — Jesus points to a widow who gives out of love. She did not seem embarrassed about a small gift, nor did it prevent her from giving.

The Passover week was the time for the annual pilgrimage, and there were crowds going to the temple to bring their offerings. Amid this multitude there came a widow who reached one of the containers and put two small copper coins into the temple’s treasury. When she was about to continue her journey unnoticed by everybody except Jesus, he called the disciples and said, “This poor widow has put in more than all those who are contributing to the treasury.”

Jesus wanted the disciples to appreciate the generosity and love displayed in the woman’s gesture. Women were not required to go to the temple or to make an offering. So, of her own free will she gave all she had. Her generous act meant more to Jesus than anything he had seen happen that day. For him, the value of the widow’s gift was the motivation in which it was given, and the widow’s offering had the greatest motivation of all: love.

Jesus commends the widow who put in far less money than many did. We know nothing else about her, but Jesus does not let her example go unheeded. The woman may have been poor in material possessions, but she was rich in her love of God.

When I think of this woman, I think of other Christians around the world who may have little to live on, yet their faith in God is so great that they spend their whole lives serving and giving of themselves to others. It is amazing how much they do with so little. They give to God out of love. They constantly and tirelessly support the church and God’s people. They, like the woman who gave God all she had, are giving their very lives.

Can we today identify with this woman and consequently with all people who serve and love God and God’s people by giving it all to Christ, who gave his life out of love for the world? Is it possible for us to follow the widow’s example? After all, if we follow the widow’s example, wouldn’t we also be following the example of the one who came to give his life (cf. Mark 10:45) for us?