by Julie Samrick | Reprinted with permission from the Williamson Herald

FRANKLIN, Tenn. — Living Waters for the World (LWW), the global ministry of Synod of Living Waters, has partnered with popular all-girl singing group Cimorelli to raise awareness of the world’s water crisis and LWW’s efforts to address it. The group’s youngest members, Dani and Lauren, along with their father Mike Cimorelli, recently traveled to Cuba with LWW to meet with partners there.  Their resulting awareness campaign, which includes the release of the song, Thirst For Life, written for LWW by songwriters Ken Barker and Sam Dial, with an accompanying music video, has generated an enthusiastic response. As of this writing, the video has received over 100,000 views with hundreds of comments from throughout the world.

Filling a critical niche of the world’s water crisis 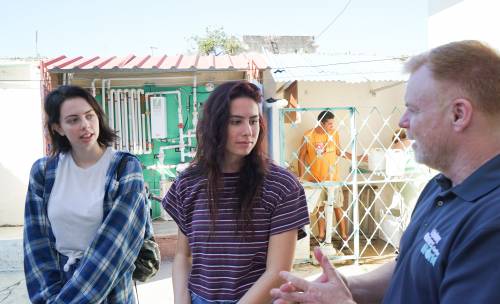 Living Waters for the World Executive Director Steve Young explains to Dani and Lauren Cimorelli how they partner with local organizations to provide clean water. Pictured in the background is the water treatment system and filling station at Güines Church.

Living Waters for the World has been a grass-roots story, having trained church teams from virtually every Presbytery in the denomination, resulting in over 900 water system installations in 25 nations, bringing clean water to hundreds of thousands.   One of those nations is Cuba, where the first water system placed at Matanzas Seminary has led to over 40 more throughout the country.

Cimorelli got involved when Dani, 17, and big sister Katherine were helping in the nursery at Historic Franklin (TN) Presbyterian Church, where they met LWW’s Executive Director Steve Young, a member. Young extended an invitation to the Cimorelli family to see what LWW is all about.

Cimorelli shot to fame after the group posted a clip of themselves singing Miley Cyrus’ “Party in the USA” on YouTube in 2009. They were discovered by a well-known music manager’s own teenage daughter. Since then the group of six sisters from a family of 11 siblings have signed worldwide recording contracts, and have four million followers on social media.

They toured different LWW water systems during their five-day trip to Cuba in February. The accompanying music video, which posted April 15 on YouTube, features scenes from water partner churches at Luyanó, Guines, El Fuerte and Juan G Hall. Dani said she was surprised to realize how something as simple as clean water is taken for granted in the United States. “When we first arrived, I went to brush my teeth and they said, ‘Don’t do that; use a water bottle,’” Dani recalled. “People in their everyday lives can’t just turn on a faucet to brush their teeth.” 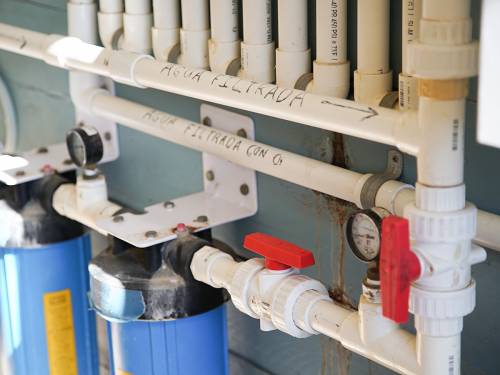 Mike Cimorelli, who leads a construction company, said the experience made a big impression on him as well. “More than three million people die every year around the world from drinking contaminated water and most are children. Many millions more are continually sick,” he said, citing a World Health Organization statistic. “That’s not right and together, we can do something about it.”

“This is a great cause,” Mike continued. “There is no project with a greater return than what these community water filtration systems can deliver.”

LWW and Cimorelli hope that the trip serves as a jumping-off point to raise funds to install more water systems throughout the world. “You can change a whole town by donating or getting involved,” Lauren added.

“At Living Waters for the World, we believe that all of God’s children deserve clean water to drink,” says Young. “We are thankful to Cimorelli for joining with us to make that dream a reality for many more children and their families.”

For more information on how your church can partner with Living Waters for the World, visit livingwatersfortheworld.org.