Share God’s love with our neighbors-in-need around the world through One Great Hour of Sharing.
Make A Donation Click Here >
Home › Learning the ways of peace 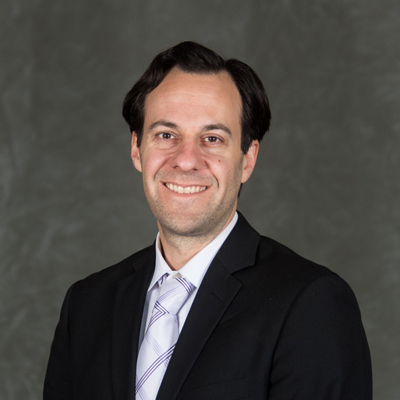 LOUISVILLE — Sandwiched between the violence of the Jan. 6 insurrection at the U.S. Capitol and fortress-ensuring preparations ahead of President-elect Joe Biden’s inauguration Wednesday, a Monday webinar sought to offer practical, nonviolent ways to counter extremism and threats to churches. Nearly 60 people participated.

The speaker for the webinar, sponsored by the New York State Council of Churches, was Dr. Eli McCarthy, an adjunct lecturer in Justice and Peace Studies at Georgetown University and co-founder of the DC Peace Team, which among other things trains people in unarmed civilian protection and active bystander intervention.

Nonviolence, McCarthy said, “seeks to defeat justice, not people.” Separating the two “often throws the adversary off balance.” And it can create space for transformation, seen most recently in Black Lives Matter demonstrations. “When we risk nonviolence in different moments, it helps to expose injustice and violence in a clear way,” he said, and it also invites “more support and participation in the movement.”

McCarthy played a clip telling the story of Antoinette Tuff, who in 2013 was a bookkeeper at a Georgia school when one day an armed man broke into the school. The police responded, and a few gunshots volleyed back and forth. After saying a quick prayer, Tuff said later she began to see the man “not as a monster or irrational, but as a human,” McCarthy said. She could hear him talking to someone on his phone. “It sounds like that person really cares about you,” she said to him. He then told her he forgot to take his medication that morning. She relayed that information to the 911 operator, then offered to walk the man outside.

“I’ve been through a divorce. I’ve had a hard time raising a disabled son,” she told the man, who then got on the school intercom, apologizing to students for scaring them. Sensing he was, as McCarthy said, “going to a place of shame,” Tuff told the man, “I’m proud of you. We aren’t going to hate you.” She even told him she loved him and discussed with him some of the challenges she’d met with.

“My name is Michael,” he finally told her.

“He had been rehumanized,” McCarthy said. “The police were invited in, and nobody got shot. Everybody survived.”

Tuff’s story was later made into a film called “Faith Under Fire.”

Unarmed Civilian Protection principles developed by the Nonviolent Peace Force include these five strategies, which form the acronym CLARA:

There are times, of course, when quicker action must be taken. McCarthy said on Jan. 6, the day of the insurrection at the U.S. Capitol, a group of President Trump supporters marched past Black Lives Matter Plaza in Washington, D.C., precipitating what he called “an intense yelling match.” One Trump supporter pulled out a knife, and a person on the scene monitoring the situation walked up and said, “Let’s slow down here. You can put that weapon away. It’s not going to help anything.” The man took a couple steps back, and then “some of his buddies came out and pulled him back, and they kept walking down the street,” McCarthy said. “Eventually it was defused.”

Tactics that fall into the category of distractions can sometimes be humorous. Examples can be as simple as calling out, “I really like that shirt on you,” singing a song or breaking out into a dance. McCarthy said one older practitioner actually faked having a heart attack, which prevented a fight from breaking out. To prevent another potential scuffle, two women got down on their knees and started praying for the aggressors. “What are you doing?” they asked the women before taking off.

“There’s a variety of clever things people can do,” McCarthy said.

McCarthy offered up other strategies, including “peeling off enablers.”

“Often an aggressor is performing for a group of friends, looking tough, cool or funny,” he said. “You don’t necessarily have to go to the most aggressive person. You can identify one or two others who are egging them on. Try to engage the enablers and get their attention … If you get the right enabler, you can enroll them to try to get their buddy to calm down.”

What happens, McCarthy was asked, if someone comes into your church with a gun?

That will require having developed a strategy in advance “so it’s not a surprising moment in the church,” he said. Churches can set into place cameras and trained people to monitor their space and put whistles, airhorns and flashing lights to use in such an emergency.

“Also remind people that Jesus talks about nonviolence,” McCarthy said. “We have a lot of contributions to make if we as Christians can unpack what the way to nonviolence looks like.”

For McCarthy, an inclusive approach is the best approach.

“You can communicate Christian values like dignity and the search for justice without using Christian language,” he said. One way that’s taking shape is in the discussion about changing the role of police while still providing community protection. Churches and faith leaders are playing an important role in those discussions, he said.

“What we do in our spaces,” he said, “will move the broader society one way or the other.”