LOUISVILLE — As churches in the Presbyterian Church (U.S.A.) celebrate the gifts of women on Sunday, followed by International Women’s Day on Monday, So Jung Kim, host of Everyday God-Talk, visits with four global church leaders from the World Council of Churches.

Kim, associate for Theology in the PC(USA)’s Office of Theology and Worship, gave each of her guests an opportunity to highlight their work this year as they prepare for the 11th Assembly of the World Council of Churches to be held in Karlsruhe, Germany in September 2022.

The Rev. Dr. Seforosa Carroll, program executive for WCC’s Mission from the Margins and the Ecumenical Indigenous People’s Network, introduces the theme of the Indigenous WCC pre-assembly gathering later this year, “Reconciliation: Restoring Wholeness to All of Creation.” 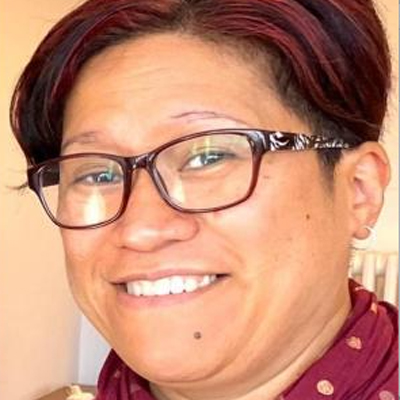 According to Carroll, we live in a time where indigenous spiritualities are viewed outside of people’s traditional understanding of what Christianity is, which causes an uneasy alliance between these spiritualities and Christian theology.

“So, the pre-assembly gathering is an important time and place to learn more and receive what Indigenous people can give us,” she said.

Carroll also highlighted a recently completed WCC document, Re-envisioning justice from the margins. By looking at differing kinds of oppression on the margins, Carroll said the document addresses a common misunderstanding that mission from the margins is work done by “those marginal people” in the world.

In reality, however, “It’s a mission and ministry that belongs to all of us,” she said. “My dream of a new heaven and new Earth would be a world without border or barriers.”

Like Carroll, Anjeline Okola Charles, program coordinator for the WCC’s Ecumenical Disability Advocates Network, is also bringing together people on the margins at the pre-assembly gathering, “so that they can gain confidence to speak about and tell their story,” she said. 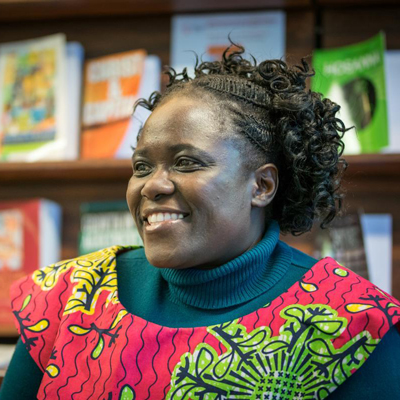 Charles drew attention to these three priority items she is working on for WCC in 2021:

“These are some of ways that we are going to bring the transformational changes we’ve been talking about,” she said.

Joy Eva A. Bohol, WCC’s program executive for youth engagement, stressed her primary work this year with a focus on mental health is one of several major issues that came up last year during International Youth Day.  She’s planning to hold a series of workshops with mental health professionals from WCC member churches and its ecumenical partners.

“These workshops are not limited to leaders of our members’ churches,” she said, “but to all who are interested in being ‘mental health first aiders’ in their congregations and communities.” 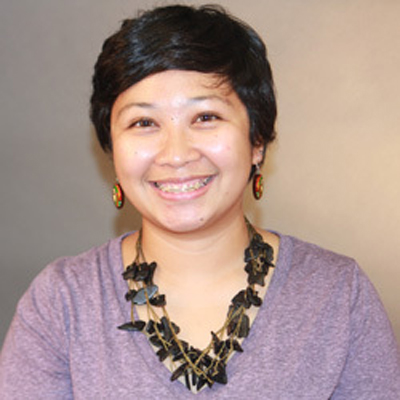 Bohol is also working on reviving an ecumenical gathering of young people at the 2022 WCC assembly.  She calls it “a relaunch” of a similar global gathering that started back in 1993 but hasn’t happened since.   She’s hopeful because she’s expecting some 500 young people at next year’s event.

“We would love to have 25% of young people’s voices and votes at the assembly,” she said. “So, if you’re interested in being a youth delegate and your PC(USA) church is a WCC member, please talk to a member of your national office, as March is the deadline to apply.”

The Rev. Nicqi Ashwood, program executive for Just Community of Women and Men, is already busy working on the WCC’s “Thursdays in Black” campaign, which is a global movement of working toward a world without rape and violence. 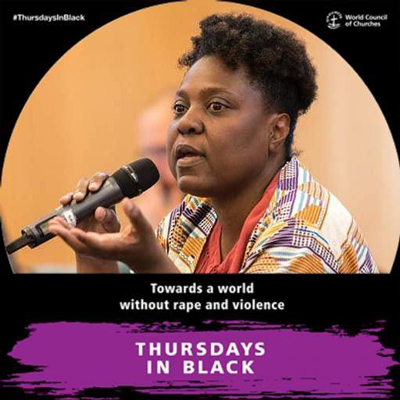 Ashwood said Thursdays in Black ambassadors are in place gathering prayers from across all WCC constituencies.  Those prayers for women and an end to sexual and gender-based violence globally will be part of next week’s International Women’s Day. Its theme, “Choose to Challenge,” is about working to raise awareness against bias and taking action for equality.

Ashwood also invites all interested persons to join the WCC in participating in the United Nations’ Commission on the Status of Women 65 in March.

“It will be aired publicly all day and all night around the world,” she said. “Find out what is really happening, and how women can get involved in transforming the world regardless of race, class, country or creed.”

According to Kim, the home of the World Council of Churches in Geneva, Switzerland, is in one of the most privileged locations in the world. From that privileged location, the women from Pacific, South Asia and Africa conference churches are doing ministry that lifts up the voices on the margins — of women, the Indigenous, disabled and youth.

“These are the ones leading the new ecumenical and global movement, which looks drastically different from the traditional sense of the ecumenical movement,” Kim said. “We need to pay attention to these leaders and their ministry, which represents voices previously unheard and a re-centering of power.”