…be led forth in peace. (Isaiah 55:12). Support to the Peace & Global Witness Offering.
Make A Donation Click Here >
Home › Learn more about intersectional justice at one of these webinars 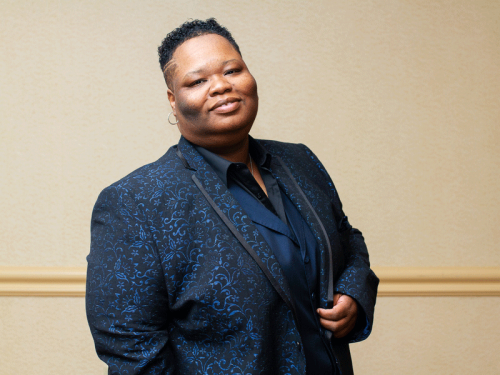 LEXINGTON, Kentucky — After presenting a popular series of webinars on antiracism and gender and inclusion last year, the Presbyterian Office of Gender, Racial and Intercultural Justice is gearing up to offer a webinar on intersectional justice this year.

“Intersectional Justice: Exploring Gender & Racial Justice in a Matthew 25 Context” will be offered three times in 2022, starting April 26. Additional sessions are being offered July 13 and Sept. 14. This is three offerings of the same content, not a series. Registration is capped for each session.

Click here to register for the “Intersectional Justice” webinar at 6 p.m. Eastern Time on April 26.

Last year’s webinars on antiracism and gender and inclusion attracted hundreds of participants and led to lively discussions. Many of the conversations centered on the fact that issues involving race and gender are never isolated, but invariably cross paths with other issues. The three upcoming sessions will take a look at those intersections. To get a better idea what to expect, Presbyterian News Service asked webinar leader the Rev. Shanea D. Leonard a few questions:

Q: What is intersectional justice?

A: Intersectional justice is the framework for looking at the concept of equitable treatment, resources, and rights of all individuals based on the understanding that oppression is often overlapping and layered while being rooted in current and historical harm. Intersectional justice by definition implies that true justice must include an intersecting platform that speaks to this multifaceted reality and thus is not tantamount to all but multi-dimensional in nature.

Q: Where do we see issues of intersectional justice come up these days in news and current events?

Another example of intersectional justice is that which is the core foundation for liberation theology, womanist theology and queer theology. All imply that in order to accurately look at the subject matter, one must understand the nuances of layers that are present. Thus, for womanist scholars, for example, intersectional justice would reflect an understanding that is rooted in the oppression and marginalization not only of female-bodied persons but Black and brown female-bodied people. It’s an issue that sits at the intersections of sex and race.

The confirmation of soon-to-be Supreme Court Justice Ketanji Brown Jackson is the most prominent issue of intersectional justice. As a Black woman she represents what it looks like to be marginalized in layered ways and yet overcome obstacles to achieve her goals and dreams.

Q: What can people who sign up for the webinar expect?

A: The webinar will move participants through a continuum of definition, analysis and application on this topic. We will explore basic concepts and how they connect. We will analyze where intersectional justice is or isn’t present in modernity and in our church culture. And we will conclude with application of how Matthew 25 can be the lens for how we move forward in being a welcoming and inclusive church body.

Q: Who do you hope to see signing up for the webinar?

A: Anyone who is interested in a deeper understanding of how race, gender and sexual orientation are connected. Anyone who wants to learn more about how Matthew 25 can be applicable to them and their faith context. Anyone interested in the subject matter. Anyone who has heard of intersectionality but never really knew what it was about. And anyone looking for a different conversation about racism, sexual orientation and gender than we have hosted before.