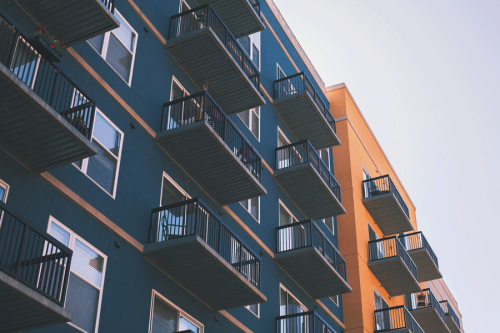 During the pandemic, millions of renters have struggled to pay their bills and stay in their homes, according to the National Low Income Housing Coalition. (Photo by Brandon Griggs via Unsplash)

LOUISVILLE — The Washington office of the Presbyterian Church (U.S.A.) is helping to make the public aware of billions of dollars in federal rental assistance intended to provide a safety net for struggling households, even after a national eviction moratorium is set to expire this weekend.

The Office of Public Witness (OPW) notified its mailing list on Thursday that the federal government is urging public officials, businesses, nonprofits, faith communities and others to make an “all-out push” to let people know about emergency aid made possible by the American Rescue Plan to help those behind on their rent.

“Please spread the word about emergency rental assistance,” OPW’s letter states. “Help is available for renters who are having trouble paying rent, utilities or other housing costs as well as for landlords who have tenants in this situation.”

The federal government has allocated more than $46 billion for households unable to pay rent, utilities, and other housing costs, and all 50 states and hundreds of local, tribal, and other programs are helping to distribute the money, according to the Consumer Financial Protection Bureau (CFPB). But media reports indicate that some states have been slow to release the emergency aid for various reasons, including software problems and requests for extensive documentation.

More than 7.5 million extremely low-income renters have a housing cost burden that is severely high, which means they spend more than half of their incomes on housing, putting them at risk of housing instability and homelessness, according to the National Low Income Housing Coalition (NLIHC).

The U.S. Centers for Disease Control and Prevention has had an eviction moratorium in place for almost a year to help keep people out of homeless shelters and other crowded places and to reduce the spread of COVID-19, but the U.S. Supreme Court recently ruled that congressional authorization would be needed to extend it beyond Saturday, July 31, according to CNN.

“Given the recent spread of the Delta variant, including among those Americans both most likely to face evictions and lacking vaccinations, President Biden would have strongly supported a decision by the CDC to further extend this eviction moratorium to protect renters at this moment of heightened vulnerability,” according to a White House statement. “Unfortunately, the Supreme Court has made clear that this option is no longer available.”

But emergency aid will continue to be available after the expiration of the moratorium, according to a White House fact sheet.

According to a CFPB analysis of Census Household Pulse Survey data from June 23–July 5, 16% of adults living in households who rent said they are currently behind on their payments. Of adults living in households behind on rent, 49%, or about 3.6 million of them, said eviction in the next two months is somewhat or very likely, according to the bureau.

The housing coalition says millions of renters have struggled to cover expenses during the pandemic and stacked up rental debt, and many were having trouble prior to the pandemic. 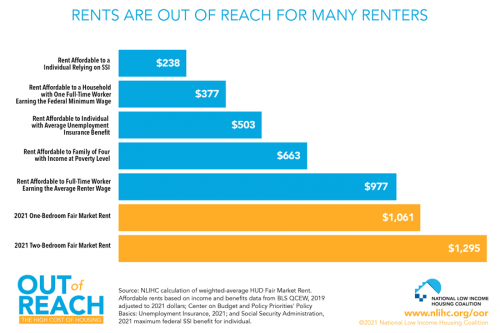 “Even if the economy recovers rapidly and completely from the downturn caused by the pandemic, millions of renters will continue to struggle without significant congressional action,” according to the coalition, which released its Out of Reach 2021 housing report July 14.

The report notes that in no state, metropolitan area or county in the United States can a worker earning the federal or prevailing state or local minimum wage afford a modest two-bedroom rental home at fair market rent by working a standard 40-hour work week.

The affordable housing crisis is a racial justice issue because “historic and continuing racist housing policies and practices result in people of color disproportionately facing greater challenges accessing decent and affordable homes,” according to the coalition.

People who need help finding emergency aid to pay for rent and utilities can make use of an online tool from CFPB. Additional information, including a Q&A, can be found here.

To watch a webinar on fair and affordable housing, hosted by the Presbyterian Committee on the Self-Development of People and Kentucky’s Metropolitan Housing Coalition in July 2020, click here.