Presbyterians urged to vote and reflect the justice of God 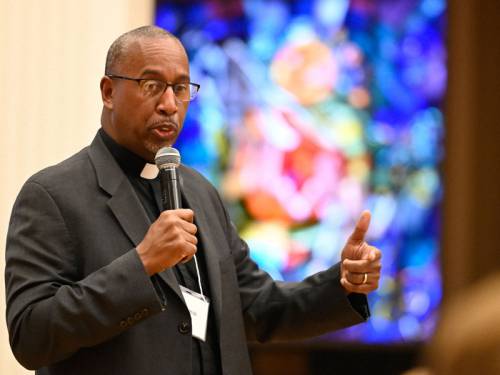 It’s important to make sure that people’s voting rights aren’t being suppressed in this election, says the Rev. Jimmie Hawkins, director of the Office of Public Witness. (Photo by Rich Copley)

LOUISVILLE — The Rev. Jimmie Hawkins, director of the Presbyterian Office of Public Witness, began a virtual Bible study this week with a call for Presbyterians to get involved in the upcoming election.

The Bible study on voting and faith was held as part of a new campaign by the Presbyterian Church (U.S.A.) to engage, educate and motivate people to vote, especially if they’re part of marginalized communities.

“We especially want to ask that you participate in the voting process, to vote for the candidate of your choice on Nov. 3, but also to volunteer to be a precinct worker, to be an observer, to make sure that people’s voting rights are not being suppressed and that people are not being intimidated,” Hawkins said during Tuesday’s Bible study.

Hawkins then launched into a discussion about freedom of religion and tried to dispel misconceptions about what is meant by separation between church and state.

On the other hand, separation between church and state “does not prohibit engagement,” Hawkins said. For example, “it does not say that Christians — that people of faith — cannot  address their legislators, their congressional leaders. It does not mean that you can’t participate in the process, that you can’t be engaged in voter education. 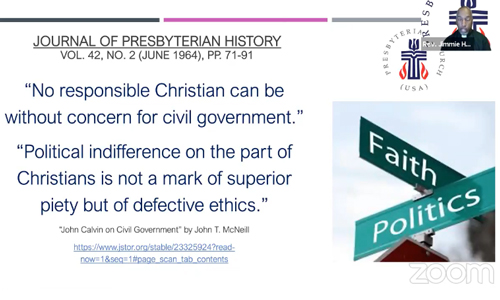 Furthermore, as Christians, “we’re called to be observers and then also actors to make sure that the state is not treating its citizens, or others, unfairly,” he said.

Later, while describing the attributes of God, Hawkins noted that members of the Reformed faith affirm that God is a god of love but also of justice. That’s reflected in Psalm 146, which says in part that the Lord “executes justice for the oppressed,” “gives food to the hungry,” and “lifts up those who are bowed down.” (ESV)

Presbyterians “believe that justice is primary,” not only in God’s character and nature but as a command to God’s people, he said.

“We are to reflect the justice of God,” Hawkins said. “We’re called to be a people following the teachings of our God, to be concerned (with) what’s happening right now, all around us.”

Christians have risen to the challenge during the pandemic by helping to feed people and also by being engaged in this election season, Hawkins said. “This presidential election is one of the most important within our lifetimes,” he said. “Our votes do count.”

Hawkins cautioned churches not to define themselves as “red” or “blue” but rather as places where people of different backgrounds, races and economic levels can be united as one without letting other allegiances separate them. “We are Christian churches!” he said after the broadcast.

Christians are to obey legitimate authority, such as government leaders who are defending the weak and vulnerable and providing for those in need, but “we are to abide by the word of God first and foremost,” Hawkins said. He later quoted from Acts 5:29 in which Peter and the apostles stated, “We must obey God rather than any human authority.” (NLT) 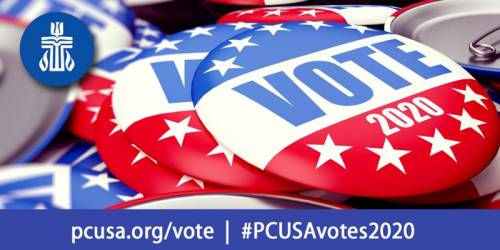 Some of today’s leaders are more loyal to their political parties than to the American people, Hawkins said.

It is “when government is just that we can submit ourselves to government, that we can follow the laws that are set up,” Hawkins said. “But we also keep an eye on the government,” making sure that it’s “an arbitrator of justice and that it is not partial based upon who people are.”

The Bible study was hosted by the Washington-based Office of Public Witness, which is one of the Compassion, Peace and Justice ministries of the Presbyterian Mission Agency.