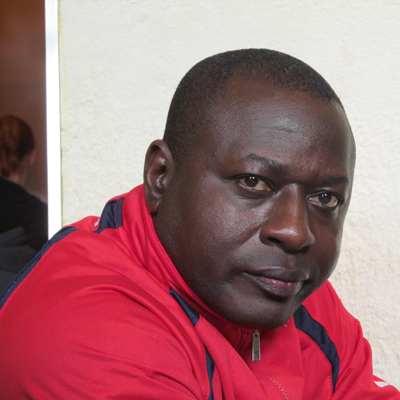 How to put an end to the killing of schoolchildren and thousands of others in Cameroon — and ways to support Cameroonians seeking asylum in other countries, including the United States — was the topic of a recent webinar attended by more than 300 people.

The Rev. Dr. J. Herbert Nelson, II, Stated Clerk of the General Assembly of the Presbyterian Church (U.S.A.), issued a Call to Prayer for the people of Cameroon. He said Cameroon has a special place in his heart: His mother, who would have turned 100 on the day of the webinar, spent time there working as a Presbyterian missionary.

In addition, Presbyterians care about the situation “because we care about asylum- seeking,” Nelson said. “The work of our General Assemblies has dealt with immigration and asylum-seeking — the real work that needs to be done in bringing people together. Our immigration enforcement system is very broken.”

Guerline Jozef, president of the San Diego-based The Haitian Bridge Alliance, said her organization is increasingly working with asylum-seeking Cameroonians at the U.S.-Mexico border. She introduced Daniel; a young Cameroonian helped by the Haitian Bridge Alliance. He said his current call to action is that Temporary Protected Status be granted for other Cameroonians similarly situated. He said he went through the asylum process after spending six months locked up in a U.S. detention center.

Citing specifically the Presbyterian Hunger Program’s Joining Hands initiative, Bamenjo said that support from the PC(USA) “is putting a smile on people’s faces. … I cherish what the PC(USA) is doing and what Presbyterians in the U.S. are doing. Continue to pray for the people affected in Cameroon and contact your elected officials to engage the government.”