Share God’s love with our neighbors-in-need around the world through One Great Hour of Sharing.
Make A Donation Click Here >
Home › Joanne Rogers, Fred Rogers’ widow, dies at 92

Among other things, she was an accomplished classic pianist 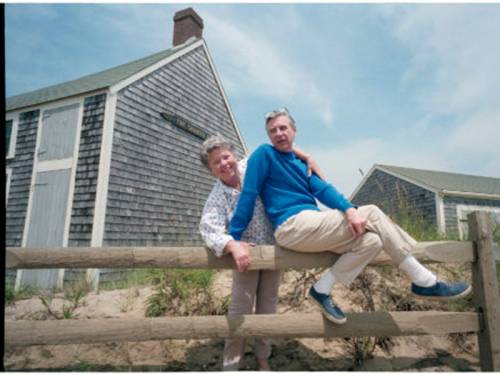 A portrait of Joanne and Fred Rogers. Joanne Rogers died Thursday at age 92. (Photo courtesy of the Fred Rogers Center)

LOUISVILLE — Joanne Rogers, who was married for more than 50 years to children’s television icon and Presbyterian pastor Fred Rogers, died Thursday in Pittsburgh. She was 92.

“Joanne and Fred Rogers envisioned the [Fred Rogers] Center as host to a child-study center, a resource for college students interested in media and child development, a site that would carry forward the legacy of Fred Rogers and his many contributions to children’s television programming and to children, families and their helpers,” the Fred Rogers Center said in a statement announcing Joanne Rogers’ death. “Joanne helped guide the development of the Center’s mission and vision statements and gave inspiration to our Fred Rogers Scholars and children’s studies minor students.”

The Center described her as “a joyful and tender-hearted spirit whose laughter and kindness will be deeply missed.” She was “a trusted anchor whose heart and wisdom have guided our work in service of Fred’s enduring legacy.”

“Everyone at the Fred Rogers Center celebrates her life and work as a pianist, a vivacious and energetic collaborator and inspiration to all of us,” the statement said. “We will miss you, Joanne … as we still very much miss your loving spouse, Fred Rogers.”

According to the Associated Press, the city of Pittsburgh, where “Mister Rogers’ Neighborhood” was produced, tweeted that Joanne Rogers was one of Pittsburgh’s “greatest neighbors” and that the couple “forever changed our city.”

In a statement, Pittsburgh Mayor William Peduto said “through her grace, humor and down-to-earth demeanor Joanne Rogers personified what we love about the City of Pittsburgh. As the partner of Fred Rogers for a half-century she helped champion his good works to a global audience and remained committed to his vision and to this city after his passing. She was always there when we needed her. I and countless others, from every walk of life, were humbled to call her a friend.”

Born Sara Joanne Byrd in 1928, Joanne Rogers met her future husband at Rollins College in Florida, the AP reported. After Fred Rogers’ death in 2003, she helped develop the Fred Rogers Center for Early Learning and Children’s Media at St. Vincent College in his hometown of Latrobe, Pennsylvania.

“Joanne and Fred were Pennsylvania treasures committed to improving our communities and the lives of our children,” Pennsylvania Gov. Tom Wolf said in a statement. “We will never forget their legacy of kindness.”

She is survived by two sons, James Byrd Rogers and John Rogers.