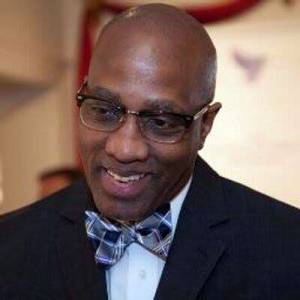 The Rev. Dr. J. Herbert Nelson, II gave testimony before the Senate Committee on Environment and Public Works this week. The director of the Presbyterian Church (U.S.A.)’s Office of Public Witness spoke on the moral imperative to act on climate. The hearing was held to look at the role of environmental policies on economic opportunity, national security and the moral imperative to act on climate change.

Nelson spoke of his time as pastor of an inner city church in Memphis, Tennessee and the difficulties of living and working in a community surrounded by heavy polluters.

“I shared my home and community with some of the most intense industrial pollution in the country from a chemical plant, coal-fired power generating station and an oil refinery,” he said. “Ours was a predominately African American community, which like so many low-income communities of color in our nation, suffered disproportionately under the health burdens of living in an industrial zone.”

Nelson told the committee of health issues suffered by residents surrounding the plants saying parents and children often missed work and school because of chronic asthma caused by the pollutants.

“I am certain that the CEOs and profiteers of those companies did not live in areas where the air and water made their family ill,” said Nelson. “As pastor, I conducted funerals of people who died before their time and made countless hospital visits. We seek an earth restored, where economic development is not paid for with the health of our most vulnerable sisters and brothers in Christ.”

Nelson referred to a report approved by the 218th General Assembly of the PC(USA) that states citizens have a “spiritual and moral responsibility” to address issues related to climate change.

“Repentance in our biblical understanding calls individuals and nations to stop the actions that are contrary to God’s desires for the sustainability of human life, while turning to a new way of living that promotes the John 10:10 vision of an abundant life,” Nelson said. “With God’s grace, we can receive the power to change.”

Referencing the president’s Clean Power Plan, Nelson says it will help communities like those in the Memphis area, make the transition to a much-needed clean energy future that will protect health.

“Faith communities are forging ahead at the grassroots level to have the conversations on the ground about making inevitable and necessary changes in our energy economy, which will ultimately benefit all of us,” said Nelson. “We do this because we believe the only thing that will ‘put a stay’ on climate change is swift, faithful action to heal and protect God’s creation.”