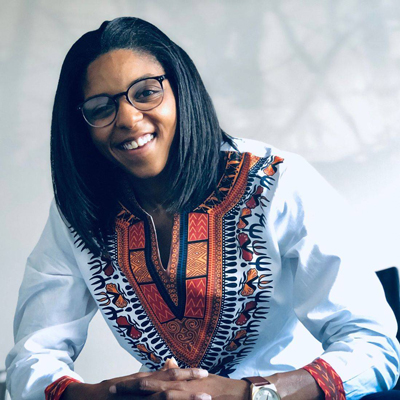 LOUISVILLE — Having grown up  in the projects in the West End of Louisville, Stachelle Bussey, 33, knows about the impact of poverty.

“People are dying here,” she says. “The community is under-resourced, but churches could be its biggest resource.”

Now thanks to a recent partnership with Shawnee Presbyterian Church and Mid-Kentucky Presbytery, the Louisville Presbyterian Theological Seminary graduate and Baptist worship leader has found a new home for The Hope Buss, a ministry helping people deal with hunger, which she founded in 2018.

Weekly now, Hope Buss volunteers come to the Shawnee church to create and deliver to some 250 families boxes of food that include fresh produce and vegetables from Dare To Care Food Bank. They also make and deliver hot meals for another 100 people who don’t have enough to eat.

“I haven’t seen that many 30-year-old people at the church in more than a decade,” says Shawnee elder Dianne White.

White has dreamed about the day her 28-member congregation would be “outside the walls of our church.”  Nearing 70 years old — her birthday is July 9 — White kept telling others in the church over the years that they could do more for their community. After deciding not to merge with another congregation a year or two ago because they believed the community of Shawnee needed a place to rest and worship, the church opened Café Gingko in August 2019. 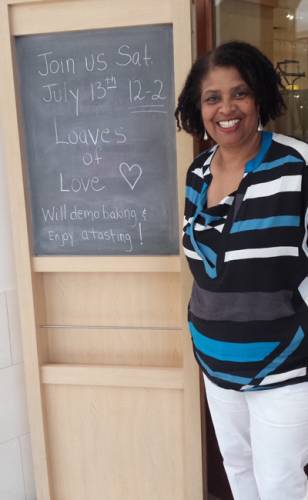 “It was a free Monday night dinner mainly for the single moms who lived near us,” White said. “We bought real dishes and forks so they could dine in with us, and we could get to know them.”

When the pandemic hit, Shawnee closed the café because they didn’t have enough human power to keep it going. But in January, Bussey reached out to Mid-Kentucky Presbytery about her interest in creating a partner ministry to help alleviate hunger in Louisville’s West End. Since Shawnee opened its doors to Bussey’s ministry, the church’s old kitchen is being updated and other church maintenance issues are being addressed, thanks to a $50,000 grant from Mid-Kentucky Presbytery. On August 2, the Gingko Café will reopen to serve up Monday dinners.

When the presbytery finance committee met to discuss Shawnee’s grant, Bussey told them they couldn’t take four or five months to decide.

“That is white privilege,” she said. “There’s a need here. For a finance committee to help a church shouldn’t be unheard of.”

Within a couple of weeks, Shawnee received its grant to help it become a community resource center in partnership with Bussey’s Hope Buss feeding ministry.  According to Mid-Kentucky General Presbyter the Rev. John Odom, it made sense for Mid-Kentucky, as a Matthew 25 presbytery, to support a historically Black congregation dealing with racism, poverty and hunger in the community.

Shawnee Presbyterian has been near the top of the presbytery’s list to receive grant funding for some time now. More than decade ago, Shawnee and Harvey Browne Presbyterian Church, a predominately white congregation, created a partnership to address Louisville’s East-West divide, which runs along Ninth Street. It began as a pastor pulpit exchange.

But one day, White was having a conversation with a white woman she knew from Harvey Browne. For some reason White felt compelled to tell the woman about her son who had just purchased a new red car with tinted windows. She had to remind him that when he got pulled over by police not to say anything to them, as she wanted him to come home safe.

When the woman said, “Are you serious? What came we do to help?” White knew she meant it. That conversation led the two churches to begin to working together for racial justice.

Together, along with the presbytery, they’ve sponsored two racial justice workshops, with 100 people attending each one.

On July 24, 40 people will view the film “13th” together, 20 from each church.  Recently 12 people came together to plan the event at Shawnee. At White’s invitation, Bussey came to that meeting.

“It’s a win-win for both sides,” White said. “It’s an equal partnership. The church is becoming what I’ve envisioned.”

And Bussey is being encouraged by Odom to pursue ordination in the Presbyterian Church (U.S.A.)  For now she’s glad to be in the neighborhood at Shawnee, which she considers a great place to do outreach.

“I’m still learning a lot of the Presbyterian rules,” she said. “But people need to know the church is active and relevant in their community.”

“I told her the other day, ‘You remind me of what it was probably like for Jesus in biblical times,’” White said. “Some saw and followed, and some looked the other way.  She wants to feed people, but we Presbyterians have our process of being decent and in order.”

Meanwhile, Bussey says she has always been about community, about coming together to see what can be done. And with 141 buildings being used for “religious” purposes in Louisville’s West End, she believes churches could be the biggest resource to address racism and poverty in the community she grew up in.

“I hope we can be the first of many churches who begin to take the reins of hope,” she said, “by providing resources for the community.”

“The best way to help people is to be on the ground with them. We’re not giving people a handout, but a hand up — a breakthrough so they don’t break down.”