The Rev. Princeton Abaraoha brings no small amount of enthusiasm and insight to Between Two Pulpits 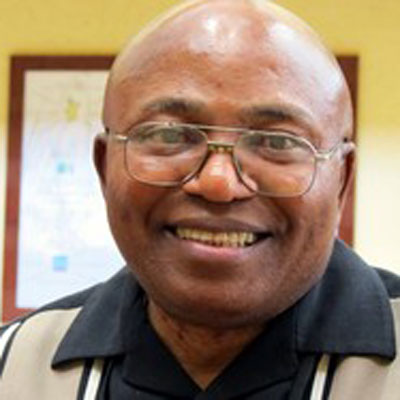 LOUISVILLE — “The mystery of ministry in the PC(USA) fascinates me every day,” said someone who should know, the Rev. Princeton Abaraoha, a pastor and deployed member of the denomination’s national staff, during the Between Two Pulpits Facebook Live event Monday. Watch Abaraoha’s conversation with Special Offerings’ Bryce Wiebe and Lauren Rogers here.

When an African community of believers partners with an established church for worship and gathering space, here’s a typical scenario, according to Abaraoha: in three months, the meeting hall and the parking lot are full, “and I get a call because they don’t know what to do next. People can get nervous — “Now you are asking for the fellowship hall?” — but it has turned out wonderful. My job is to come alongside pastors.”

African communities affiliated with the PC(USA) are among the fastest growing in the denomination, Rogers noted.

“I get 2-3 calls every week,” Abaraoha responded. “They ask, ‘Can you call our session or our presbytery meeting or our committee on ministry?’ I have had to tell folks sometimes, ‘These folks aren’t ready to start a fellowship yet.’ I put them into positions of training to help them assimilate well.” In general, he said, “if you give an African a leadership role, they will feel welcome in the community.”

Abaraoha said he wasn’t a Presbyterian when he first came to the United States from his native Nigeria. “I came to the U.S. as a newcomer excited about Jesus,” he said. “I would drive people crazy,” asking them questions like, “If you died tonight, where would you spend eternity?”

His first church post in this country was to pastor a Filipino congregation. “They became my teachers, even after I had gone to seminary and been ordained,” Abaraoha said.

These days, there are a handful of situations where the African congregation has grown larger than the hosting church. At one California church, Africans comprise the entire session of the host church. Most of the people in the host church are in their 80s and 90s, according to Abaraoha, and they made a loving decision. “They said, ‘You take this on with our blessing,’” he said. “I say, ‘God has put you in this place at this time for you to rise and keep this thing that people who went before us built and put their sweat into.”

“It’s a way that God is being present as new breath, wind and energy in the life of the church, and it’s welcome,” Wiebe said. “This is the next generation in their congregation. It simply does not look like them. That’s a hopeful future, I would think, and a challenging one.”

Wiebe and Rogers typically ask their guest to comment on the lectionary passage of their choice for the coming Sunday. For Nov. 14, the gospel lesson is Mark 13:1-8, Jesus foretelling the destruction of the temple. But Abaraoha also had his eye on last week’s gospel passage, Mark 12:38-44, where Jesus denounces the scribes and discusses the widow’s offering.

“The [Nov. 14] text is pushing us to watch Jesus as he walked the Earth and taught the disciples. Jesus is moving us from doing to being. He’s trying to work on the condition of our hearts,” Abaraoha said. As for Jesus’ comments about the widow’s mite, “he is talking about the richness of poverty,” a line Abaraoha said he gathered from a 14th century Sufi poet. “Jesus was saying it is through the eyes of the poor and marginalized that he sees the world, and that we should see the world through him.”

As someone “who asks people for money, I would never want my hand accepting the last that widow had to give,” Wiebe said, asking Abaraoha, “is that a conversation that the constituents and leaders you serve with could help us have?”

Of course, Abaraoha replied, noting, “She came the way she was and gave all she had. Jesus had to come down for us to really see it clearly.”

Asked about his hope for the future of the Church, Abaraoha expressed his excitement.

“We have come out from the worst” of the pandemic, he said. “God is there, and there is hope for the church.”

“We have young people pastoring online, and they get viewers from all over the world,” Abaraoha said. “I am 68 and I am still excited. You can tell.”