‘He taught us to see ourselves and our congregations honestly,’ says one former student 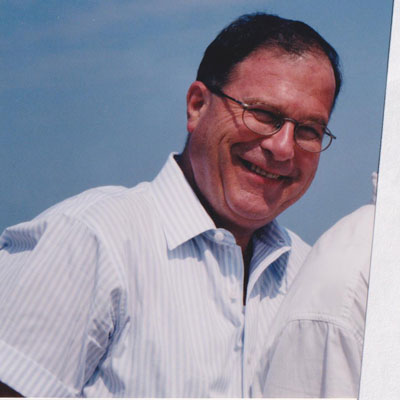 LOUISVILLE — The Rev. Dr. Hugh Fleece Halverstadt, one of theological education’s foremost experts on managing church conflict, died April 14 at The Pines continuing care community in Davidson, N.C. Described by his former colleagues at McCormick Theological Seminary in Chicago as good-humored, wise, supportive and always authentic, he was 81.

These pastoral stints coupled by his advanced education and probing mind provided material for his classic book, “Managing Church Conflict,” originally published in 1992 and subsequently reprinted several times. The book advocates a Christian vision of shalom for an ethical process of conflict management — whether inside churches or not — that calls for respectfulness, assertiveness, accountability and a focus on the larger common good.

He is remembered by doctoral students for his introductory “group formation course” in the DMin program, where “he taught us to see ourselves and our congregations honestly, analyze defective relationships concretely, and seek the redemptive outcome,” said former student the Rev. Jeff O’Neill, a retired Presbyterian minister who served seven congregations and McCormick as interim dean of the doctoral program. “He infected me with a craving for integrity in interpersonal encounters. His teaching was sticky; his unique clear insights never left me nor failed me, yet what I cherished most is that for nearly 30 years he was my friend,” said O’Neill, now of Grand Prairie, Michigan.

“He had a way of turning a group of strangers into a beloved community. Some of the groups he ‘formed’ still meet regularly,” said fellow faculty member Anna Case-Winters, McCormick’s professor of theology, adding that “Hugh had a clear-eyed, realistic picture of church life and (even so!) held out a compelling vision of what more the church could become. He saw its potential as a place of belonging, mutual commitment, moral discernment and accountability in a wider cultural context characterized by alienation and fragmentation.”

Indeed, belonging was front and center to Halverstadt. He was a strong advocate for the full inclusion of women and LGBTQI persons in the life and leadership of congregations and denominations. “His love of people, their stories, and his generous hospitality left us with a foretaste of the new world God intends for all,” said Robert A. Cathey, professor of theology at McCormick.

Halverstadt’s commitment to ministry reached deep into the Presbyterian Church (U.S.A.) denomination, where he served as trainer, presenter, consultant and faculty member continuously from 1988 through and after his retirement from McCormick. He is a retired minister of the Presbytery of Chicago. At Fourth Presbyterian Church, Chicago, he was a participant in the personnel committee and guided the Lilly Pastor Residency program for several years. Hugh also served on the ethics committee of the Chicago Transit Authority.

Born in 1939 in Atlanta to James Andrews Halverstadt and Charline Fox (Fleece) Halverstadt, Hugh was raised in the Belgian Congo, now Democratic Republic of the Congo, by his missionary parents, who served the American Presbyterian Congo Mission from 1946 to 1966 based in Luluabourg (now Kananga) in central Congo.

In 2002, Hugh married R. Craig Endicott in a same-sex union in Oak Park, Illinois. In 2014, their union culminated in marriage when the Illinois General Assembly approved same-sex marriage. Hugh found in Craig gifts of hospitality to match his own. Their entertaining offered a division of labor: Hugh invited; Craig cooked. Hugh was the first faculty member to invite the Cathey family to dinner upon their arrival at McCormick in 1998, Prof. Cathey said. Hugh and Craig’s eclectic home in Oak Park became a place of inclusion where people of all faiths and walks of life were fully accepted.

Hugh and Craig lived in Oak Park from 2002 until 2020 when they moved to The Pines in Davidson, N.C. During the winter months, they were “snowbirds” on Saint Simons Island, Georgia, where many friends and colleagues visited over the years.

Extended survivors include Endicott of Davidson and his two stepsons, Seth James Killian of Raleigh, North Carolina, and Peter Arthur Killian of Brooklyn, New York; and Barbara Doak Halverstadt of Fairview, Tennessee, the widow of Hugh’s son, Peter; the mother of Craig’s stepsons, Mary Jane (Killian) Endicott of Chicago and the mother of Hugh’s sons, Barbara (Hornby) Halverstadt of Nashville.

Services will be held at a later date at Fourth Presbyterian Church in Chicago.