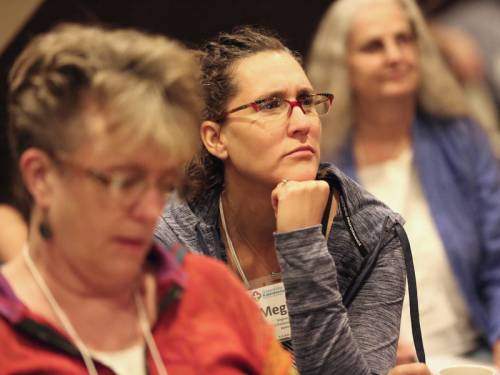 But in fact, the opposite is true, says Karl Mattison, Vice President of Planned Giving Resources for the Presbyterian Foundation.

In fact, when people take the time to create a bequest in their will, they will typically increase their annual giving to causes they love, including their church, by 50 percent, Mattison says.

Why is that? Mattison says it’s because of the nature of the planned giving process.

Taking the time to consider how they want to be remembered and what matters to them can be a transformational process that actually makes them want to do more now. “Planned giving is an emotional process, which is why it is so difficult for some people to face,” Mattison says. “You go through a deep discernment process, deciding what values are important and the messages you want to send to your family and to the world about who you are. The process can be very liberating because it allows you to distill down to the essence of who you are.” 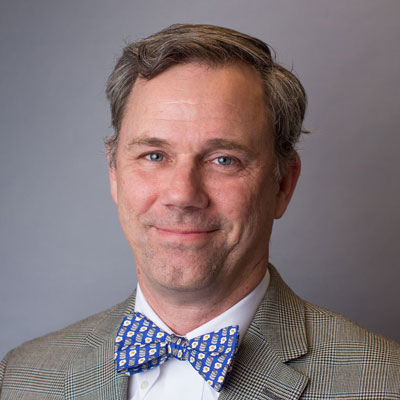 Mattison presented on Practical Planned Giving 101 at Stewardship Kaleidoscope in San Diego on October 1. The annual conference is a collaboration between the Presbyterian Church (U.S.A.) and Evangelical Lutheran Church in America (ELCA) together to discover stewardship and generosity in new ways.

Just in terms of raw numbers, think of this: in 2017, Americans bequeathed $35.7 billion to nonprofits in their wills, trusts and estates. There is no reason churches can’t be part of that, Mattison says, but church leaders and pastors have to know how to prompt the discussion that might lead to this commitment.

For all of the talk about planned giving, only five percent of Americans have any kind of charitable estate plans, Mattison says. Conversely, 23 percent of people say they’re willing to make a gift in their estate but have not done so. “You can expect that number to be larger in most churches,” Mattison says.

Church leaders may feel daunted by the number of nonprofits, colleges and universities competing for those planned gifts. But Mattison makes this point: churches have something those nonprofits never will. Churches have significant face time each and every week with people who love their congregations. Nonprofits might have a prospective giver in front of them a few times a year, if they’re lucky.

What’s more, for many people, the most significant moments in their lives have occurred inside a church. “Churches are full of people who care deeply about what happens to this place after their lifetime,” Mattison says.

Mattison suggests churches make some groundwork decisions before the gifts start coming in. It’s important to answer these questions before you start your planned giving program:

A planned giving committee is ideal for answering these questions, with help and assistance from other committees and staff as needed. It should be separate and apart from stewardship or finance, if your congregation has enough volunteers to form such a committee on its own.

Mattison makes an important point about this committee: include women. More charitable estate gifts are made by women than men. And women typically make larger gifts than men.

Also, don’t try to do everything from scratch. Use samples and templates to start your policies and programs. The Presbyterian Foundation provides resources for churches. You can find them here.

Talk about planned giving at church

Next: talk about planned giving in your congregation. Mattison got specific about how often to discuss it and where to do so. In one year, broadcast the following:

Put information on your website about planned giving, as well as other ways to give, and have brochures on hand that discuss planned giving.

Stories to be shared in these places should be inspirational and personal. Ask someone who loves the church and has honored it with an estate gift to speak during church about why they’ve given and what the church means in their lives. Tell stories of those who have died and what their gifts meant to the congregation, and who they were.

One more key point that Mattison draws from a church experience: when someone calls the church and wants to discuss planned giving or something like a charitable remainder trust, be sure that those answering the phone know to respond enthusiastically and gratefully, and know who exactly should get that message. Be sure the call is returned within 24 hours.

Robyn Davis Sekula is Vice President of Communications and Marketing for the Presbyterian Foundation. She is a ruling elder and member of Highland Presbyterian Church in Louisville, Ky. You can reach her at robyn.sekula@presbyterianfoundation.org or (502) 569-5101.