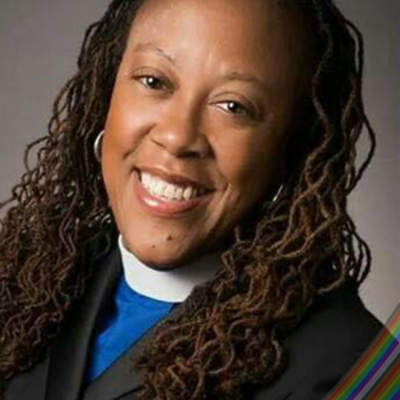 That and other wisdom from an acclaimed preaching professor, the Rev. Dr. Isaac Rufus Clark — taught to, among others, his protegee, the Rev. Dr. Katie Geneva Cannon — stood out among the plentiful advice offered to the 20 or so participants in The Preaching Lab, meeting via teleconference Saturday. The guest instructor for the sermon outline and preparation portion of the five-session workshop was the Rev. Dr. Floretta Barbee-Watkins, the transitional general presbyter for the Presbytery of Detroit and one of the PC(USA)’s most sought-after preachers.

The Preaching Lab is a workshop offered for the last four months by New Hope Presbyterian Church in Anaheim, California, through a grant by the Calvin Institute of Christian Worship in Grand Rapids, Michigan. Read previous stories on Preaching Lab presentations here and here.

Preachers do well to choose their sermon titles carefully, according to Barbee-Watkins. The title can “inform the congregation how to hear this particular vein of the unsearchable riches of Christ to which they should turn their thinking,” Barbee-Watkins said. As the proclaimer of the gospel, “you are the physician of the soul,” Clark taught his students. “The physician gets to diagnose where they see symptoms and lets us know where there might be a specific problem,” Barbee-Watkins said, relying on Clark. Pick a sermon title, Barbee-Watkins suggested, that asks its hearers to think, decide or act.

There are plenty of traps to fall into while choosing a sermon title. There’s the fallacy of the abstruse, for example: trying to “impress your congregation with your technical jargon,” Barbee-Watkins said. “There are good seminary words, but don’t forget the purpose of preaching.”

Barbee-Watkins had a personal example of a sermon introduction. She told the story of her grandmother’s niece who, during a time of extended drought, showed up to a prayer meeting wearing galoshes and a raincoat and toting an umbrella. Not surprisingly, “people looked at her like she was crazy,” Barbee-Watkins said. The woman’s response: “I heard we were going to pray for rain. If you’re going to pray for rain, you’ve got to have faith it’s going to rain, and so I’m ready for the rain.”

Barbee-Watkins noted some of the common errors preachers make during the sermon’s opening moments:

The “proposition” that Clark spoke about is the “central integrating controlling sentence in the discourse,” Barbee-Watkins said. It’s added to the sermon’s already established “what” and “why” “so that hearers can comprehend the meaning of the discourse” through that statement.

Next, of course, is the body of the sermon. A mentor of Barbee-Watkins, Dr. Frank Thomas, said there “has to be hope in preaching. There is no human experience that the gospel cannot resolve. The nature of African American preaching is to help people experience the assurance of grace that is the gospel of Jesus Christ.”

“Don’t preach your doubts,” Barbee-Watkins advised. “Preach what you deeply believe. Preaching has to come from your belly. If you don’t have hope, you cannot give any to the people.”

A few years ago, Thomas told this story that came from a preaching workshop he held for preachers. When it was one student’s turn to preach her sermon, she told the story of her classmate, a pastor whose affair outside of marriage proved divisive within his congregation. The bishop ordered him into counseling and then a two-week spiritual retreat, where the pastor died by suicide.

Thomas was on the edge of his seat, Barbee-Watkins said. What would this preacher say next?

“She said, ‘Nothing can separate us from the love of God through Christ Jesus our Lord. No matter our past mistakes, no matter the repercussions, nothing separates us,’ she said.

“The hope was that even the mistakes you and I have made, the harm that I’ve caused by speaking when I should have been listening, the action when I should have been waiting — nothing can separate us,” Barbee-Watkins said, recounting Thomas’ telling of the story. “It took people to hope, not to the grave. It made them think about their own lives. She didn’t have to raise her voice a bit. There wasn’t a dry eye in the classroom.”

“I can send you an outline [on sermon preparation] if you need it,” Barbee-Watkins told The Preaching Lab participants. “But what you want to do is hold the people as close to God as you can so they can experience joy and grace.”

“I’m going to be quiet now,” Barbee-Watkins said. “Thank you.”

The Preaching Lab concludes April 17. Six brave participants have volunteered to preach their sermons for their classmates.

“This,” Goodjoin said, “was turning training into transformation and hope.”