Share God’s love with our neighbors-in-need around the world through One Great Hour of Sharing.
Make A Donation Click Here >
Home › History helps when conversations get stuck

Knowing our own stories is ‘an incredible resource,’ says Princeton Seminary professor 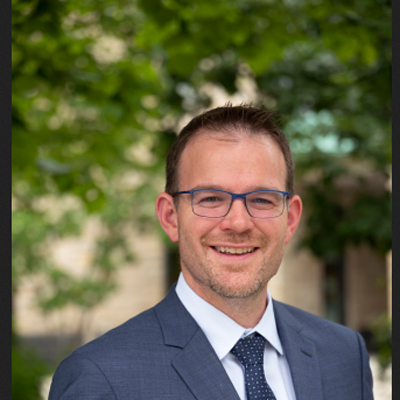 LOUISVILLE — Looking at our history — especially the sins of the past — is an invaluable way to move forward, says Dr. Heath W. Carter, Associate Professor of American Christianity at Princeton Theological Seminary.

But, he cautioned, it’s about more than just doing something different in the hope of avoiding past mistakes.

Carter discussed this and other concepts with the Rev. Dr. Lee Hinson-Hasty, Senior Director for Theological Funds Development for the Presbyterian Foundation, in a recent Facebook Live event, “Why Our Past Matters for Our Future.”

Carter unabashedly loves teaching and interacting with students, but he also fell in love with research along the way. Fifteen years into his history career, “I still love a good find” — that one thing you uncover in the archive that makes all the difference.

History has an important role in up-to-the-minute issues such as Black Lives Matter, he said. “It takes you out of the realm of ideological battles and into the realm of, How did we get here? I think if we can get on the same page, at least to some degree, about how we got here, it’s a real help to the conversation about how to go forward.”

A way into history

That conversation requires knowing the history at hand. Fortunately, that can be not only enlightening but enjoyable.

Carter said he’s had students who know something about Rosa Parks or the Rev. Dr. Martin Luther King Jr., but not much else about the civil rights movement or the origin of today’s racial disparities. At Valparaiso University, he taught a “Hip-Hop America” course.

“I became convinced there are few better ways into post-1960s American history than through the story of hip-hop,” he said, noting that race, gender, capitalism, religion and other issues factor in. The students taught him as much as he taught them, he said. “They knew the music in a way that I don’t, so it was a fun exchange.”

Carter joined the Princeton Seminary faculty in 2019, just as the seminary released Princeton Seminary and Slavery: A Journey of Confession and Repentance. This audit examines financial, theological and other entanglements of the seminary, founded in 1812, with embedded practices of slavery. It also includes the seminary’s leadership in ending slavery. Seminary leaders at that time could not envision free Blacks living alongside whites in the U.S., Carter said, and this informed their ideas and decisions.

The seminary in 2019 adopted a series of resolutions and measures as a first step toward repentance, he said — everything from new scholarships to revised curricula. Last year Carter taught a January term class that brought students into the seminary archives. They reviewed papers and flipped through yearbooks to seek and tell the stories of, for example, Black women students.

“I think that’s part of the work we have here,” Carter said. “We have so many stories to tell, both of celebration and lament.”

Cater encouraged church members and leaders to get to know their congregation’s history, particularly its engagement in the public square.

“When we don’t know our own history or our own stories, we’re missing out on an incredible resource,” he said, not only stories of faithfulness in adversity but cautionary tales.

An honest look at the history of Christianity and race can be a way to get moving again when conversations get stuck in ideology and interpersonal conflict. He recommended The Color of Compromise: The Truth about the American Church’s Complicity in Racism by Jemar Tisby.

“Get your flock engaged,” Carter encouraged pastors and other church leaders. “You’ll be surprised at how generative it’ll be.”

This work is spiritual as well as academic, Carter emphasized, because the sins of the past are connected to ours. “The story goes on and we are characters in it.”