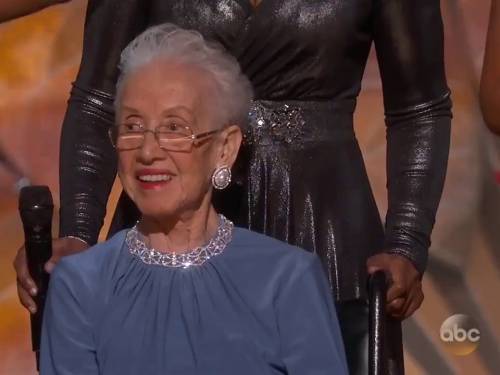 LOUISVILLE – Although “Hidden Figures,” the film about three female African-American mathematicians who were integral to the early days of NASA’s space program, didn’t take home any trophies at last night’s Oscars ceremony, the Academy honored the film’s main character, Katherine Johnson, during the presentation for Best Documentary by Taraji P. Henson, Janelle Monae and Octavia Spencer, the lead actors in the film.

“Movies about the lives of men and women in the history books have long been a staple of storytellers. Sometimes, the names and deeds are the heroes and their names are known to all,” Monae said.

“And then there are those films that shine the spotlight on those whose names are known to only a few, but whose stories are deserved to be told,” added Spencer, who was nominated but did not win for Best Supporting Actress for her role as manager Dorothy Vaughan.

“We were honored to be in an inspiring film about three such women whose brilliance made our nation’s achievements in space possible,” said Henson, who portrayed Johnson in the film. “Now please welcome a true NASA and American hero, Katherine Johnson.”

Johnson, the 98-year-old longtime Presbyterian, received a standing ovation as she was wheeled onto the stage by NASA astronaut Yvonne Cagle.

For her part, a beaming Johnson simply said, “Thanks very much.”