The struggling poor suffer most when frustrations erupt in demonstrations, violence 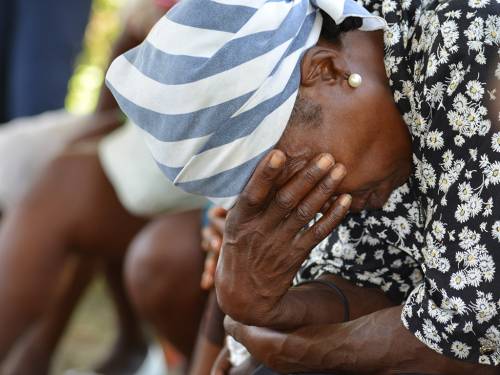 With life already difficult in ordinary circumstances, life under political unrest in Haiti is nearly unbearable for the working poor. (Photo by Cindy Corell)

PORT-AU-PRINCE, HAITI – Life starts early in Haiti. Market women, called madam seras in their native language, rise before dawn to sell produce along the streets or in village markets. Arriving at their spot to sell, they spread a cover on the ground and artistically arrange their wares, be they vegetables, sundries or household items.

It’s a small market economy, and these street-level merchants endure the hot tropical sun, incessant traffic that sometimes rolls within inches of the women’s wares, and thick competition. Often dozens of madam seras line up in one area, all of them fighting for a sale.

Add political unrest, and things are even more difficult. If ordinary life is tiring in Haiti, life during political uncertainty can be exhausting.

Since January 2016, the people of Haiti have lived under extreme political duress. The bitter departure of President Michel Martelly on February 7 left the country with a transitional president, but it has never been clear what will happen next. And like any political situation, it’s complicated.

From the time Martelly took office in May 2011 until August 2015, no elections took place to fill political offices left vacant when earlier terms ended.

Martelly had called for parliamentary and presidential elections in 2015, but a majority of the Haitian people protested the results. 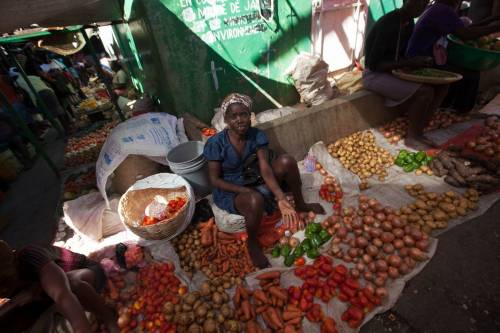 A woman sells produce in the market in Jacmel. (Photo by Daniel Morel)

The top vote-getter, according to the electoral council results, was Jovenal Moise, a Haitian businessman who was running as a member of Martelly’s party, PTKH. Second place was awarded to Jude Celestin, a prominent Port-au-Prince businessman who had run in past presidential elections.

Celestin called fraud in the election result process. He joined seven other runners-up to protest the results. Celestin refused to participate in the runoff election, and thousands of demonstrators took to the streets in protest, effectively stopping the electoral process.

Under such protests, Martelly left office without a successor. The Senate elected Jocelerme Privert to be the provisional president, with a primary task of verifying the presidential election results and continuing the electoral process.

So without an elected president, the country—its people already coping with rising inflation, increasing security issues and the aftermath of a three-year drought—endures regular political protests.

When you read the headlines of a country facing political turmoil, you often see only the clashes in the streets. Unless you live there or know someone who does, you don’t see what goes on behind the scenes. 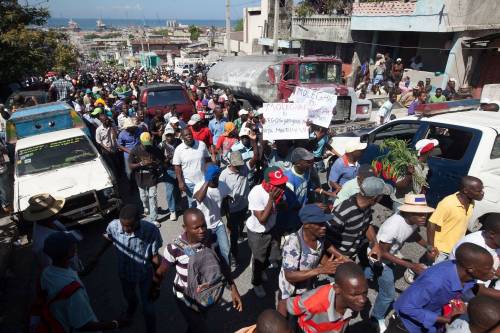 In early February, people flocked to the streets of Port-au-Prince to demand that President Michel Martelly step down. (Photo by Daniel Morel)

In Port-au-Prince, and in cities in most countries under great stress, residents and visitors are warned of the hot spots. U.S. citizens get emailed warnings about protests, sometimes before they happen and often when a random demonstration flares up.

Just about everyone listens to the news, most of the people by paying close attention to radio broadcasts that are the first to air information about demonstrations and protests. Because demonstrations are legal with proper notice, often the population knows when and where protests will take over the streets. On those days, people know to avoid the areas.

If demonstrations are expected to be particularly widespread or violent, residents hole up in their homes, having already gathered nonperishable food and water.

But for the madam seras and those who live in the deepest of poverty, these options are not available. Market women lose sales if the streets are taken over, but there still are children to feed. And in places where governments are not serving the people, these demonstrations often are the only voice the citizens have.

The next time the media show violent protests taking over the streets of a poor country, understand that these are commonly the actions of desperate people. But also, please understand that beyond the street scenes are exhausted families trying to make do.

And please, please, keep all of them in your prayers.