The REWIM grant team recently met to review applications and approved grants for varied projects, including preservation of a Native American language, a weekend of healing and celebration in the Northeast, and community outreach for those in need on a South Dakota reservation.

The grants are made available through the Presbyterian Mission Agency and benefit Native American leaders or organizations and committees working within the Native community for the purpose of education or leadership development, said the Rev. Irvin Porter, Associate for Native American Intercultural Congregational Support.

Over the years, the fund has been used to assist Native American congregations and communities, from “Alaska to New York state, Dakota Presbytery to Oklahoma and Arizona,” to further the cause of Christ, Porter said.

The recipients or projects for this funding cycle are: 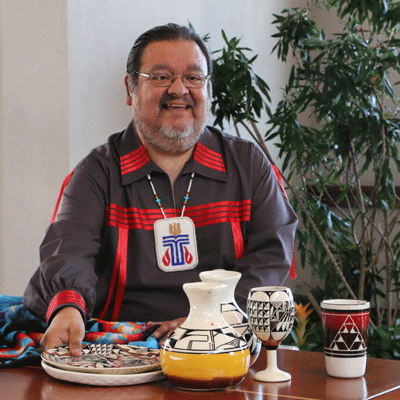 Grants from the fund are important because “leadership development opportunities within the Native American Presbyterian community are not readily available,” Porter said. “Much of this work must be initiated by their presbyteries or synods. The Office of Native American Intercultural Congregational Support, pre-pandemic, has been one of the main sources of these opportunities.”

Porter also noted that most of the Native American congregations are on reservations and are financially challenged. “They are some of our denomination’s most economically disadvantaged people, so funding for leadership development, education within the congregations and other learning opportunities are not available to them without the benevolence of others,” he said.

Although these are the final Native American Leadership Development Fund grants for this year, the Office of Native American Intercultural Congregational Support continues to offer grants, Porter said. Also, “we continue to receive support for these ministries from churches, organizations and individuals who want to help.”

The office of Native American Intercultural Congregational Support has scholarships for conferences and events. Those interested may submit an Events Scholarship Application, following the instructions that are included.

Applications for grants from that office help congregations within the Native American Presbyterian community with programming needs. Those interested may submit an application, following the instructions that are included.