Webinar helps inspire congregations and boost giving in their communities 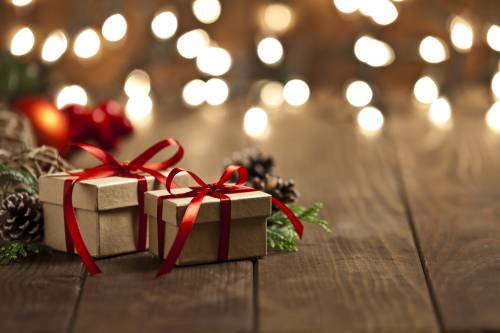 Giving Tuesday, which reminds people that the holiday season is about more than receiving gifts, occurs on Dec. 3 this year.

LOUISVILLE — Since 2012, Giving Tuesday has reminded people that the holiday season is more than a time for receiving gifts. Held on the Tuesday following Thanksgiving and “Cyber Monday,” Giving Tuesday reaffirms the joy of giving during a season of celebration.

“In a time frame that’s so focused on consumerism and buying things, [Giving Tuesday] wanted to find a way to use that same momentum to interject some generosity for good in the world,” says Mari Graham Evans, Social Media and Media Relations Strategist at the Presbyterian Mission Agency.

Rogers said the Presbyterian Mission Agency is about to begin its promotion of Giving Tuesday and noted the primarily social media driven campaign is a way to invite people to give who may not otherwise be involved in giving to the mission of the church.

Robyn Davis Sekula, Vice President for Communications and Marketing at the Presbyterian Foundation, introduced viewers to First United Presbyterian Church in Tarentum, Pennsylvania and how its Giving Tuesday efforts have changed and grown over the years. Looking at its trends of number of donors and amount collected, Sekula assumed it was a church with several hundred members. 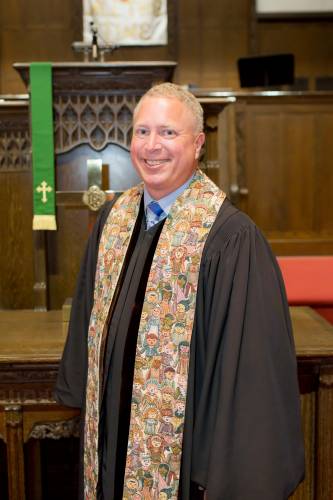 Philip Beck, pastor at First United, dispelled that assumption saying it is a “mid-sized” congregation of around 250 members – emphasizing how 2 Corinthians 9:6-15 guides a spirit of generosity and thanksgiving in the congregation.

“We really think at First United, as a session and as a congregation, that Giving Tuesday is a great way to wrap that all in,” Beck said. “It’s a one-time expression of thanks and we talk a lot about that by tying what we do in our mission and ministry to this Scripture.”

The congregation began its Giving Tuesday efforts in 2015. Utilizing already existing online and digital giving tools, Beck said the congregation thought “it was important to jump on board.” That first year the congregation raised between $750 and $1,000 for its mission.

In 2016, First United utilized a matching gift of $1,000 from a member in the congregation to incentivize new givers. With a more directed social media campaign that shared “important things happening in our church” and frequent mention in church services, bulletins and newsletters, the campaign far exceeded the match and raised between $3,000 and $3,500.

“For 2017 we raised the match level to $2,500,” Beck said about the church’s third campaign. “In doing that we really pushed the congregation and community to meet the maximum possible donation. In addition to online opportunities we allowed people to come into the office as well to accommodate giving across the generations.”

It was a success. The church received over $10,000 — double the total expected from the generous match challenge.

“In 2019 we’ll have the match at $5,000 again, but we’ll try to push more donors through,” he said. “Small donors count, because it gets people in the practice of giving.”

Giving Tuesday is also an opportune day to invite people to begin making recurring gifts. “It’s a great opportunity to get people in the door [of contributing],” Rogers said. “If they offer to donate $10 per month, they’re really giving $120 for the year. If you express the impact gifts can make when people commit to giving monthly, more people may respond positively.”

In addition to the resources at the Giving Tuesday website, the Presbyterian Foundation has a number of online giving tools congregations can utilize to initiate and grow Giving Tuesday and other digital offerings.

In its campaign this year, the Presbyterian Church (U.S.A.) will be emphasizing support for shared mission efforts, Special Offerings and Per Capita as the Church continues to embody Matthew 25. More information on these efforts will soon be available at giving-tuesday.pcusa.org.

Beck also recommended the book “A Spirituality of Fundraising” by Henri Nouwen, saying, “It invites people to be part of your mission and vision, and Giving Tuesday gives us a unique opportunity to give people who might not even be in our congregation to participate in what God has called us to do in the world.”

Some key strategies suggested by the webinar’s leaders included:

“Where we really see growth — because this is so social media focused — is the number of new donors we get,” Evans said. “Your donor base is going to be a little younger and what we emphasize is that it doesn’t matter how large or small the gift is, it’s about building momentum and being more comfortable talking about giving. Even if someone gives five or ten dollars, it’s an opportunity to bring someone into the fold.”