…be led forth in peace. (Isaiah 55:12). Support to the Peace & Global Witness Offering.
Make A Donation Click Here >
Home › ‘GA, Creation Care and You’ 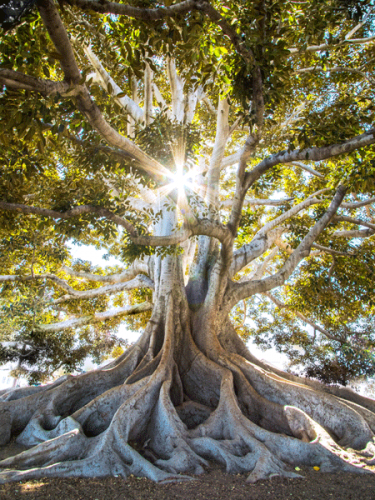 Photo by Jeremy Bishop via Unsplash

LOUISVILLE — Nearly 90 people tuned in to a Presbyterians for Earth Care webinar Thursday, “GA, Creation Care and You,” for a look back at what commissioners and advisory delegates to the 225th General Assembly did to care for God’s Creation.

“This General Assembly had more than 30 presbyteries overturing on climate change,” said the Rev. Bruce Gillette, the PEC moderator who advocated for two such overtures during GA. “There is plenty of grassroots support for it.”

The Presbyterian Mission Agency’s Mission Work Plan for 2023-24, which commissioners approved by consensus, calls for building on the PC(USA)’s Matthew 25 invitation by including “several critical intersections” with climate change, militarism and gender justice/heteropatriarchy.

Those participating in Thursday’s webinar heard reports from three sources on the General Assembly, which concluded its work on July 9.

The Rev. Jed Koball, a mission co-worker in Peru since 2009, was a mission advisory delegate at GA and served on the Environmental Justice Committee, the first GA committee to be moderated by a Spanish-speaking person.

“It brings to light the reality around climate justice,” Koball said. Committee members were able “learn about issues and across cultures and languages” by “looking at issues from distinct vantage points.” 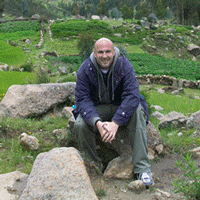 Koball reported on commissioners establishing the Presbyterian Tree Fund, an idea born in Peru after that nation hosted a UN Climate Change Conference a few years back. Learn more about the origins of the idea here.

“A partner said offhand, ‘All these Presbyterians are so interested in addressing climate change, and yet they generated all these climate emissions flying down here,’” Koball said. “That stuck with me, and I began to study my personal lifestyle using climate calculators.”

With work requiring him to fly up to 30 times each year, “I thought, there’s something wrong here,” he said. “We had conversations with other Presbyterians wanting to address climate change, and the concept was born.”

Presbyterians contributing to a tree fund could help with carbon offsets, Koball reasoned. “If we have our own fund, we can use those funds to support global and U.S. partners doing hands-on work around carbon sequestration,” he said. Proponents called it the Presbyterian Tree Fund “because people like trees and they’re in the Bible,” he noted.

The PMA will set aside a portion of its travel budget for the fund, a practice that Koball said will eventually spread across other agencies and entities for both air and automobile travel. Mid councils and faith communities could also take up the practice.

“Can we chip in $5 here and $10 there?” Koball asked. “It could create a substantial fund for communities that are doing the work.”

Investing in a Green Future

The Rev. Sue Smith, who co-chairs the Advisory Committee on Social Witness Policy, co-authored Investing in a Green Future: A Vision for a Renewed Creation, which commissioners approved by a vote of 325-27. 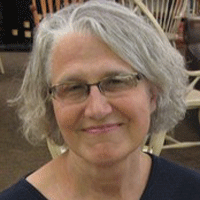 The study with recommendations, referred from the 224th General Assembly (2020), includes “a lot about advocacy, and some of it can be done at the local level,” Smith said. It also integrates environmental justice with racial, social and economic justice. “That’s a piece that’s been missing,” Smith said. Past policy statements have tended to say, “We will look out for the least of these, and then we go after these big, capitalist initiatives,” Smith said.

Among other things, the study directs the Presbyterian Committee on Mission Responsibility Through Responsibility to engage with insurance companies and banks to cease insuring or lending to new fossil fuel projects. It also includes a poster celebrating more than 50 years of environmental advocacy undertaken by the Presbyterian Church (U.S.A.) and its forebears.

‘Thank goodness I was wrong’

The Rev. Dr. Neddy Astudillo, a staff member of the interfaith climate justice organization GreenFaith, served on the GA’s Immigration Committee. “I am an immigrant to the U.S., and I wasn’t sure how meaningful my role would be,” Astudillo said. “Thank goodness I was wrong. I learned a lot and I appreciated my experience.”

During the assembly, “one thing that struck me is the fear and the real concern by many, pastors and members alike, who spoke against some measures” approved by commissioners on topics including divestment from five energy companies and immigration. 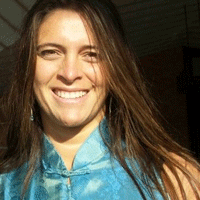 “I felt the Spirit moved us, but it’s true we need to keep working to make sure pastors have the tools they need to engage their congregations,” Astudillo said.

As committee members considered support for immigration and refugee justice work, “it led me to realize we need to continue reminding ourselves that the church does not exist for its own sake,” Astudillo said. “We are our brothers’ keepers, and the keepers of future generations.”

The care of God’s Creation is both ongoing and vital, according to Astudillo.

“If every citizen in the world decided they want to live the way we do, we would need at least four planet Earths. We don’t have four planet Earths,” Astudillo said. “The work is just beginning. Let’s keep working and see where the Spirit leads us.”