Preaching isn’t just for preachers, homiletics professor tells the Synod of the Covenant 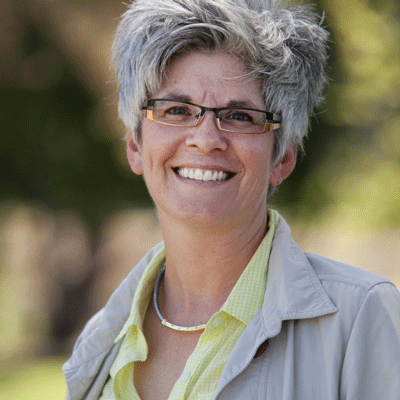 LOUISVILLE — Preaching is too important to be left solely to the preacher.

The Rev. Dr. Shauna K. Hannan, Professor of Homiletics at Pacific Lutheran Theological Seminary, discussed that and much more on Wednesday during a 90-minute online session convened by the Synod of the Covenant’s interim executive, the Rev. Dr. Chip Hardwick, as part of the Synod’s Equipping Preachers series. Watch the webinar here.

It starts with preachers and congregants reading the Bible together and studying it corporately, Hannan said, calling reading the Good Book “a communal thing.”

“I think it is no longer faithful to craft a sermon in isolation and to study the Bible solely privately,” Hannan told workshop participants, most of whom are themselves preachers. Crafting that sermon and studying Scripture in private “can be a risk, but that’s a privilege, isn’t it?” she said. “I can’t help but think, when I act out of privilege, at whose expense is it?” The traditional model of the preacher studying alone and then writing the sermon “works for me. I have had good feedback about my preaching,” she said, “and yet I don’t think it’s faithful in the 21st century.”

Preachers don’t own the pulpit, Hannan said. Rather, they steward it. “Typically, at this point,” she said with a grin, “I check to see if anyone has signed off the Zoom session.”

Hannan’s call for more inclusive preaching rang true for at least one participant, who said the movement in higher education “is away from the ‘sage on the stage’ and more toward collaborative learning.”

Young people especially don’t learn as well through the “sage on the stage” model, Hannan said. By talking with young people who engage in online gaming, Hannan noted they “change the game even as they are playing.” Preachers and those who hear the good news preached each week can bring about the same phenomenon and will enjoy these advantages, Hannan said:

There are risks, of course, including control of the preacher’s expertise. “We worked hard to get here. We paid a lot and we have a specialization we want recognized,” Hannan said. “We risk losing that.”

As well, this model presents the possibility of “an ego strike. We want to be seen as people who work hard for a reason,” she said. “I still think there is room for one person to stand up and preach for 15 minutes.” 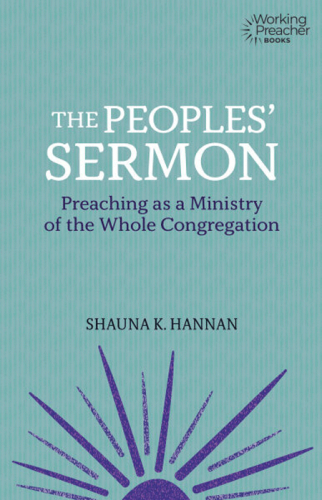 Hannan derives the model — one built from many thoughtful and visionary contributors over the past three decades or more — from Luke 24:13-16, the account of disciples walking the road to Emmaus who see Jesus but don’t yet recognize him. The word translated as “discussing” in verse 15 is the same word we get “homily” from, Hannan noted. “And along the road, Jesus shows up. What more could we want?” she asked. “It’s more than interesting; it’s life-changing.”

Hannan also laid out the “how” to describe ways preachers can better steward the pulpit, dividing the process into three phases: before, during and after worship. If after worship feedback is sought, before worship is the time for what Hannan called “feedforward.” During worship, it’s “feed,” she said, taking a cue from a student. “Preaching feeds people. It nourishes them,” she said.

Prof. Tom Long says to think of sermon preparation as “not preparation for ministry. It is ministry,” Hannan said. “Ministry is not a solo endeavor, and if preaching is ministry, it is not a solo endeavor either.” Hannan said she’s been known to walk the neighborhood reciting an upcoming sermon out loud. “I need solo time,” she said, “but it’s not primarily a social endeavor.”

She offered three aids in the “how” process:

On occasion, Hannan asks those hearing the sermon to pass the mic to allow a short story or perspective to come from the congregation. “That doesn’t mean it’s open mic,” she said. “We steward the pulpit, but I still bear the responsibility for faithful proclamation.”

She said preachers might notice two or three people emerging from the congregation as potential preachers — preachers who can fill the pulpit while the usual preacher is away on vacation or on study leave. “What a gift that would be!” Hannan said. “What a testimony to the power of the gospel!”

One of the webinar participants said for many years he’s asked church elders to preach when he’s away. He works with them as they craft lectionary-based sermons. “It’s amazingly powerful for the congregation and for the elders involved,” this participant said. “It has become one of the defining characteristics of our congregation. It is hugely beneficial. Many of them have preached several times.”

The next Equipping Preachers webinar to be offered by the Synod of the Covenant will be held from 10 a.m. through 11:30 a.m. Eastern Time on Wednesday, Dec. 1. The Rev. Dr. Timothy Matthew Slemmons, Professor of Homiletics and Worship at the University of Dubuque Theological Seminary, will discuss “From/To: Preaching that Accords with Covenant and Commission. Learn more and register here.