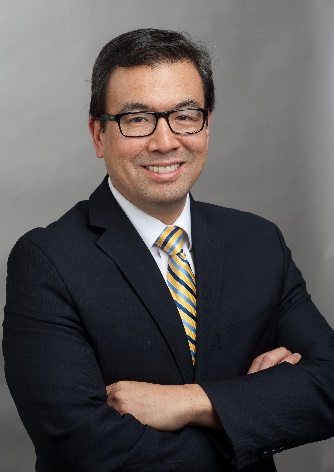 CHICAGO – McCormick Theological Seminary President Frank M. Yamada has accepted the position of Executive Director of the Association of Theological Schools (ATS) and will begin in that role on July 1. He has announced that he will resign as President of McCormick effective June 30, 2017.

Yamada came to McCormick in 2008 as Associate Professor of Hebrew Bible and Director of the Center for Asian American Ministries. In 2011 he was elected as McCormick’s tenth president, the first Asian American to lead a Presbyterian Church (USA) seminary. His tenure has been marked by increasing diversity in McCormick’s student body and creative engagement with the shifting realities of theological education.

“We accepted his resignation reluctantly,” says Board Chair Deborah Block, “and yet we see how Dr. Yamada’s gifts are a fit for the work of ATS.  We’re grateful that McCormick will continue to be blessed by his leadership on a national scale.”

As the accrediting body for graduate schools of theology in the United States and Canada, the Association of Theological Schools represents its member schools in promoting “the improvement and enhancement of theological schools to the benefit of communities of faith and the broader public.” Yamada has been a member of the ATS Board since 2014.

“This wonderful seminary has shaped me in profound ways.” Yamada states. “I have appreciated the opportunity to be able to share this work of ministry with all of you. It is rare to find so many staff, faculty, and students, who are committed passionately around a common mission. Until very recently, I was looking forward to many more years of watching this vision take clearer shape. We have much more good work to do. I only regret that I will not be able to finish this work with you here in Chicago.”

Dean of the Faculty and Vice President of Academic Affairs Ted Hiebert says of Yamada, “Frank has provided the powerful vision that has led McCormick to become a leader in preparing women and men to serve a church and a world which are increasingly diverse, ecumenical, and urban.  He is an important voice in a church seeking to be newly reformed. We will miss him at McCormick and we give him our full support as he brings these same gifts to theological education on a national scale.”

“We are delighted that Dr. Yamada will bring his considerable gifts to ATS,” said ATS president Janet Clark. “As we approach our 100th anniversary in 2018, we find ourselves in an era of unprecedented change for the more than 270 schools in our membership. We believe he is the right leader for this pivotal time in the history of the Association.”

The Executive Committee of the Board of Trustees, acting on behalf of the Board, unanimously agreed to extend an invitation to Executive Vice President and Chief Business Officer David Crawford to serve as the interim president for a period of one year commencing July 1, 2017. Crawford currently serves as McCormick’s Executive Vice President and Chief Business Officer, a position he assumed in 2008 when he was asked to serve as Vice President for Administration and Finance after serving as a trustee for five years. During this interim period the board, faculty, staff, and students will work to discern the nature of presidential leadership for McCormick’s future.

“David is the ideal choice to serve McCormick as its interim president in this moment of transition,” says Hiebert. “David knows McCormick inside and out, having served an extended term on its Board of Trustees, and as its CBO he has masterfully led McCormick toward stronger financial stability. Even more important, McCormick’s mission is close to his heart. He has a broad vision for the seminary and a deep commitment to its future.”