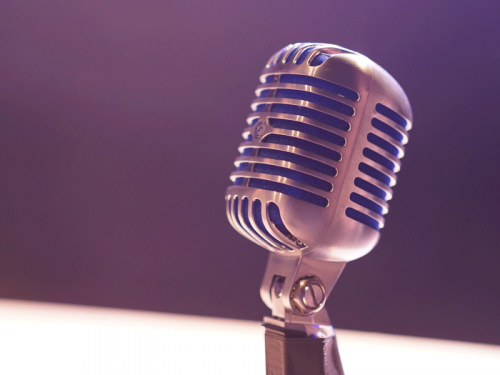 Photo by Matt Botsford via Unsplash

LEXINGTON, Kentucky — There has been a lot of talk in the past year about twin pandemics and multiple pandemics, including the COVID-19 virus, extrajudicial killings of people who are Black, poverty, and other societal ills exacerbated by the circumstances of the 2020s, thus far.

But one of the quietest pandemics has been gender-based violence, particularly violence against women.

Puerto Rico has been one of the flashpoints of this pandemic, with 45 recorded cases of femicide in 2020, 17 of them occurring in September and October. Gender-based violence has been on the rise in Puerto Rico since Hurricane Maria devastated the U.S. territory in 2017, and the situation only worsened in 2020 as the COVID-19 increased stress and isolation on the island and around the world.

“Gender-based violence increases during every type of emergency – whether economic crises, conflict or disease outbreaks,” .

But, as a listener of “A Matter of Faith: A Presby Podcast” noted, “not much was heard in the continental U.S. about this. In fact, one could argue not much is said in general about the topic and about the response of the church to these evils.”

The listener went on to ask, “Being that this is Domestic Violence Awareness month, could you share what we, as a church, are doing to raise awareness about gender-based violence and violence against women to bring about, support or engage in long-standing change?”

The podcast responded by devoting two entire episodes to the subject: one in English and one in Spanish, releasing both on Oct. 14. While both episodes were on the same question and addressed many of the same topics, they were independent conversations with different participants, so people who understand Spanish and English may want to listen to both podcasts. 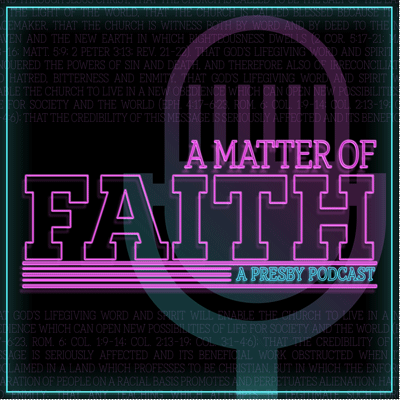 The dual podcast episodes are a few of several events ministries the Presbyterian Mission Agency is presenting this month to observe Domestic Violence Awareness Month and draw attention to the issue. They included an Oct. 13 Chapel Service with Ruling Elder Vilmarie Cintrón-Olivieri, Co-Moderator of the 223rd General Assembly (2018), with preaching by the Rev. Danilie C. Hilerio Villanueva, moderator of the Sínodo Presbiteriano Boriquén en Puerto Rico, and an upcoming webinar about gender-based violence in Puerto Rico at 2:30 p.m. Eastern Time on Wednesday.

The situation in Puerto Rico, particularly two high-profile cases in May, demanded a response from the church, hosts and guests on both “Matter of Faith” podcasts said.

“I asked ministers and elders if they were interested in collaborating on a project against gender violence, and thank God many replied, ‘Yes,’” said the Rev. Medeline Alvarez, Moderator of the Education Committee of Presbiterio del Noroeste in Puerto Rico, one of the guests in the English edition. “We’ve been meeting to see how we can organize especially on the part of educating our clergy as well as leaders of the church and the church as a whole.”

The Rev. Dr. Marielis Barreto, a pastor from Puerto Rico, was the featured guest on the Spanish episode.

“Rev. Barreto emphasized the importance of the church assuming a leading role in terms of discussion and awareness from the pulpit of the issue of gender violence,” said Spanish episode co-host the Rev. Edwin González-Castillo, Associate for Disaster Response in Latin America & the Caribbean for Presbyterian Disaster Assistance.

“The issue of gender violence is not unique to Puerto Rico. Neither is it to the Hispanic Latina community,” said Spanish episode co-host the Rev. Rosa B. Miranda, Associate for Hispanic/Latino-a Intercultural Congregational Support in Racial Equity  & Women’s Intercultural  Ministries. “The pandemic has exacerbated violence within communities and families across the country and the world.

“Yet, it has been the women in Puerto Rico, the ones who have been courageous to raise up their voices and take action, so that violence and abuse stops.”

In the English discussion, co-hosts the Rev. Lee Catoe and Simon Doong reflected on the lack of discussion of gender-based violence in churches they have attended. Catoe reflected on growing up in a small-town church and being aware of domestic violence situations in his community.

“You didn’t talk about it if Uncle Joe and his wife got into an argument and she has a black eye,” Catoe said. “People know, but there’s not that permission, or there’s not this automatic push to say, ‘This is not right, and we have to do something about it.’”

Part of the reason for silence Catoe and others said is a history of patriarchy and the cultural framework of women being submissive to men. It is incumbent on men, they said, to speak out against violence against women.

“We could do a lot of work also to sort of start to unpack the sexism and patriarchy that is so embedded in our theology and our preaching and teaching, even the ways we talk about God, to sort of get at the roots of how these ideas are perpetuated, that end up in misogyny and violence and violent acts against women,” said English episode guest Courtney Hoekstra, Associate for Advocacy Committee Support in the Presbyterian Mission Agency.

Cintrón-Olivieri, the English episode guest co-host, said, “What is being said or shared from the pulpit needs to be a word of freedom, a word of liberty, a word of love, a word of acceptance, and a word of you are created in God’s image, you are fearfully and wonderfully made, you do not deserve to be mistreated or to be abused.”

Miranda said, “It is our hope that our faith communities and families become safe places where these conversations can happen, that local churches can be there, so that a person that suffers from violence or abuse can reach out for help, support and be accompanied in their journey. It is crucial that pastoral leaders have places to learn and gain the skills and resources to do so.

“It is a matter of faith that we act and model what we preach and believe.”

“A Matter of Faith: A Presby Podcast” is produced weekly by the Presbyterian Peacemaking Program and Unbound: An Interactive Journal on Christian Social Justice. New episodes are released on Thursdays and can be found here, or wherever you get podcasts.