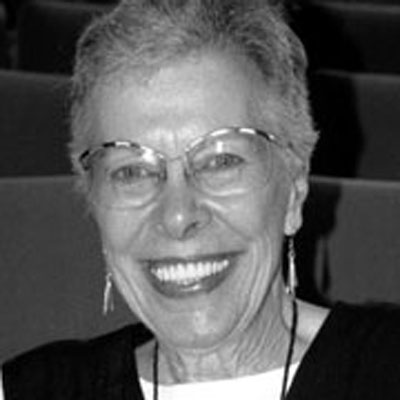 LOUISVILLE — Freda Gardner, who was elected Moderator of the 211th General Assembly in 1999 and was the first female full-time faculty member at Princeton Theological Seminary, died Saturday, May 9, at age 91.

“Freda Gardner provided a calm and focused sense of leadership as Moderator of the General Assembly,” said the Rev. Dr. J. Herbert Nelson, II, Stated Clerk of the General Assembly of the Presbyterian Church (U.S.A.). “Her Christian education background and knowledge of the Church gave rise to her tenure in representing the denomination as a scholar.”

Nelson described her as “a beloved friend to many both nationally and internationally. Moreover, she was a friend to her colleagues while teaching and living a gospel to love everyone.”

“Freda was a life-long learner, possessing a masterful use of language,” said one of her pastors, the Rev. Dr. Glenn D. Leupold, co-pastor of First Presbyterian Church of Albany, New York. “She could explain just about any theological concept with clarity and precision, enabling many to understand, and endearing her to her many students who have followed her into the area of Christian education.

“She told me more than once that the whole life of the church is a teaching instrument to its congregation,” Leupold said. “Given all her accolades, publications and the hundreds of people who look up to her in the church, it was always amazing to me how humble she was … In short, her life was not about Freda. It was about the love of God, and the way that love is found in the church — as well as the endless ways we can learn about that love.”

She was born April 7, 1929 and grew up in the Albany area. When she was five, her family moved to Wyanantskill, New York, where her father was principal of an elementary school for 33 years and her mother was a registered nurse. At one time Freda, too, wanted to be a nurse, until she worked for a while as a nurse’s aide. “If it hadn’t been for my aversion to hypodermic needles, I’d probably be a nurse today,” she once said.

In 1951, she was graduated from the State University of New York Teacher’s College at Plattsburgh with a bachelor’s degree in elementary education. She taught sixth grade for four years, and then her minister at the time suggested she consider attending seminary. In 1957, she was graduated from the Presbyterian School of Christian Education (now Union Presbyterian Seminary) and became the first director of Christian education at Crescent Avenue Presbyterian Church in Plainfield, New Jersey.

In 1980 she had this to say to the Princeton Alumni News: “I tell (Master of Arts) students when they come into the program, ‘If status is important to you, and I don’t mean this in the pejorative sense, this is not the ministry you should get into. If you can find within yourself the strength to know what you are doing has integrity, has biblical and theological credence, and if your sense of worth comes from something other than people’s reactions to the Sunday school — then you should be all right.’”

“Freda Gardner was a pioneer,” said the Rev. Dr. Brian K. Blount, president of Union Presbyterian Seminary, in a statement. “When I met her in 1978, I was entering Princeton Theological Seminary as a first-level student … She broke barriers, to be sure. She blazed a path, no doubt. And she did it with a beguiling combination of gentle grace, affable humor, and persistent brilliance. 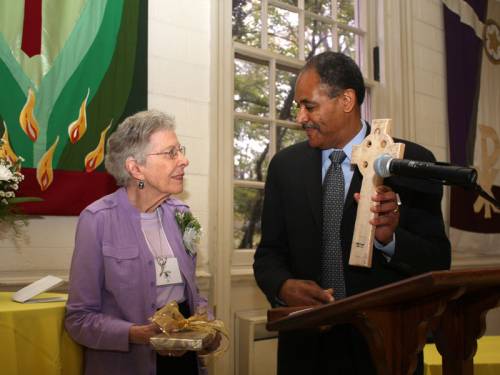 “Though she retired the very year I returned to start my teaching career, Freda made a point to remain in touch,” Blount said. “As Moderator of the 211th General Assembly, she invited me to preach at the Assembly in San Jose, California. Ever the mentor, she explained that she wanted me to have broader exposure to the larger church.”

In 1999, the year she was elected Moderator of the 211th General Assembly on the second ballot, she shared with General Assembly commissioners her concern for the future of the church. “I also know some of what the church must do if the good news of Jesus Christ is to be known by those with no church background, those who are trying to get by with what they learned as children, those who absent themselves because they haven’t a clue about the Bible, how to talk about faith or speak the questions of their lives.

“I want to help the church shape education for those who need to know what is possible for them as God’s beloved children, whatever their generation.”

A memorial service will be held at First Presbyterian Church in Albany, New York, at a date to be determined.