WHEAT represents broad group of faiths, but Presbyterian Hunger Program is at its core 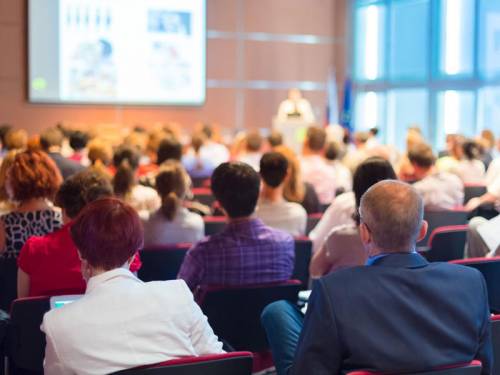 LOUISVILLE — For 40 years, the World Hunger Ecumenical Arizona Task Force (WHEAT) has been tackling hunger in the Grand Canyon State through education, advocacy and empowerment. But there is one thing people are consistently surprised the organization does not do.

“When you hear about a hunger program, the first thing you think of is food boxes and meal service,” says WHEAT executive director Dr. Tamera Zivic. “But we don’t do that.”

There are plenty of resources for food in the greater Phoenix area, where WHEAT is located, Zivic says, and the group had roots in food pantry work. But the organization’s focus has been addressing the root causes of hunger and poverty.

“Our whole mission truly is to help people become self-sustaining  —  help them help themselves,” says Zivic, who is also the Hunger Action Advocate for the Presbytery of the Grand Canyon. “We do that through education, whether that’s educating other people about why folks are hungry and living in poverty. We also literally educate people in management, so they can get living wage jobs.”

The program started in 1979 as part of a project by the National Council of Churches. Arizona was the 13th and final state to join the effort, which at one point had ambitions to be a nationwide network of task forces to attack hunger nationally and globally.

It turned out Arizona was the only state program to survive, and in 1985, it incorporated as its own 501(c)(3) agency working with interfaith, educational and corporate partners on issues surrounding hunger and poverty. WHEAT now has 12 paid employees and more than 500 volunteers supporting its work in Arizona.

Zivic has been part of WHEAT for most of its existence, volunteering with the group beginning in the 1980s and becoming its executive director in 1997.

“They were looking for a new executive director, and I was looking for a place to put my passion,” she says. “So, our worlds came together.”

Jessica Maudlin, Associate of Sustainable Living and Earth Care Concerns for the Presbyterian Hunger Program (PHP), says, “A few years ago, as the PHP staff was discussing a theme for our newsletter we realized that so much of the effective work we do in the church and with our grant partners involved a woman who spoke out, a woman who began organizing her community, or a woman who initiated a project. As names of specific people came up, Tamera was identified as one such woman. Her long-term commitment to addressing the root causes of hunger has been so impactful in her presbytery. We need more people and organizations that are willing to take bold steps to incorporate advocacy into the direct food relief they offer. Recognizing the intersection of things like climate, food security, fair trade and structural injustice is really important in growing successful hunger ministry.”

Through the decades, Zivic has watched WHEAT go through extensive growth and change, including with the board that oversees the organization. It started with a typical mix of clergy and executives but has diversified to include a broader representation of the community, including people who have benefited from the program. 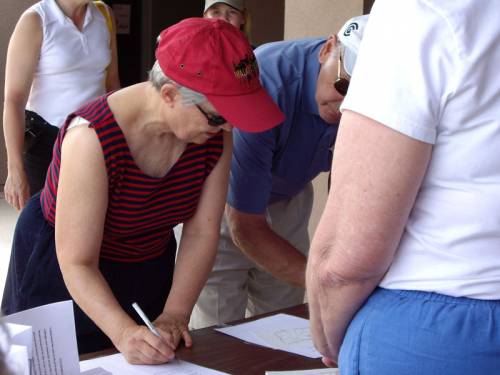 Part of WHEAT’s work is around advocacy and empowerment. (Photo courtesy of WHEAT)

“We wanted to have people that were truly passionate about hunger and poverty and the people that it was affecting, and how we could positively impact that whole issue,” Zivic says. “So, yes, we were looking to be diverse. But in the end, just going outside our typical faith communities, we started to find people that we wouldn’t have normally found. What it brings to the table is such a unique way of looking at things.”

Zivic notes that having vegetarian and vegan members of the board, as well as people with experience with the Supplemental Nutrition Assistance Program (SNAP) illuminated the issue of people on plant-based diets being able to buy foods they wanted on government programs. Some of the issues included restrictions on organic foods and SNAP not being accepted at farmers markets, which WHEAT addressed through advocacy work.

“We wouldn’t have had that if we didn’t have a variety of voices around the table,” Zivic says. “That’s the depth that you get with little things you wouldn’t even think about.

“No matter how different it looks around the table, everybody wants people to be fed. They want people to be successful. That is part of who they are. That’s the thread that runs through: to end what we see as a crisis.” 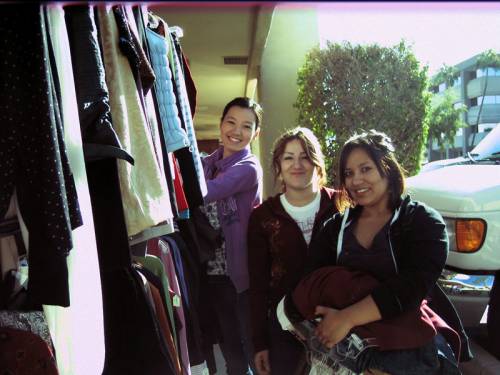 WHEAT’s advocacy and empowerment work comes through a variety of programs from the SNAP Application Assistance Program to the Clothes Silo, a store and service that provides professional attire to help women entering the workforce, where appropriate attire can be a key to success.

The organization also presents awareness-building events, works with projects such as community gardens and operates a physical and online fair trade store.

“People come into the fair trade store to find a unique gift and then they find out all about the farmers and the artisans that are involved,” Zivic says. “It makes a huge difference where they start to talk about why people aren’t making it in the world, even if they’re working and working hard, instead of a stereotype that people on food stamps are just lazy and need to get a job.”

Over the decades, Zivic says WHEAT has also diversified in faith representation, starting as an ecumenical organization but coming to include more faiths and involvement of people outside faith traditions. But a constant has been the Presbyterian Church (U.S.A.) and the Presbyterian Hunger Program, which itself celebrates a 50th anniversary this year.

“To say that the Presbyterian Church is important to our work is an understatement,” says Zivic, who describes WHEAT as being built on the same principles as the Hunger Program. In the past, WHEAT has received program grants from PHP, and Zivic says her work as a Hunger Action Advocate has dovetailed well with her work in WHEAT.

There are 19 advocates, at least one in each of the synods around the country, to work with Presbyteries and congregations on behalf of the General Assembly’s task force on world hunger.

Zivic says building networks among churches has been a key in her area to making sure there is a broad offering of services without too much duplication. A big part of that is encouraging communication, which Zivic says does not always come naturally to Presbyterians who aren’t inclined to “toot their own horns,” she says.

“They say, ‘Don’t you just do the service to do it?’ and my explanation to them was, ‘It helps other people to see what you’re doing, and to give another congregation an idea of the size and how you’re doing it,’ as well as the fact that if you’re neighboring congregations and you’re both doing a food pantry, but no one’s picking up on advocacy, gosh, we have a hole.

“We can work better together.”

Zivic and WHEAT have spent almost half a century making that point.