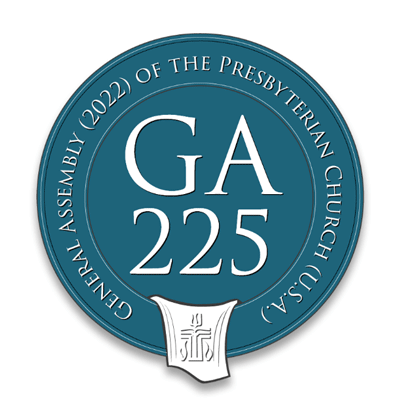 LOUISVILLE — The Presbyterian Mission Agency Board spent more than two hours in closed session Thursday undergoing boundaries training put on by the Minnesota-based LeaderWise consulting firm. Part two of the training for board members is slated for Friday afternoon, again in closed session.

After they returned to open session Thursday, board members heard reports from all six of its current committees as well as the board’s Coordinating Committee. Several committee reports included comments on items scheduled to come before the 225th General Assembly this summer.

The Moving Forward report includes a recommendation to move Mission Engagement & Support from the PMA to the Administrative Services Group. The comment approved by the board on Thursday says that mission is central to the PMA, and that mission engagement “involves nurturing personal relationships, developing networks of support, and sharing the work of mission with congregations, mid councils, domestic and international partners, as well as other entities of the church.”

“The PMA Board is open to this possibility,” the board’s comment states, “but believes there is a better way forward. Hence these comments are shared to assist you [as you] discern the way forward.”

The comment lists examples of PMA and OGA working together, including the promotion of per capita, work with mid councils, a coordinating table that’s been meeting regularly to build collaboration, and the PMA’s planned Center for the Repair of Historical Harms. “From the beginning,” the comment states, “this Center is being designed as a Center for the entire church which will include OGA employees in selecting the leadership and design of the Center.

“Rather than introduce new participants to the already complex topic of merging the two entities,” the board suggests that GA commissioners “might want to consider directing PMA and OGA to select and work with an independent facilitator team to increase the efforts already underway and, if needed, bring a merger proposal to the next assembly, engaging those parties most familiar with the challenges that lie ahead.”

The board approved amending the comment to include recommendation of a non-Presbyterian outside mediator be attached to this commission “to assist with conversations, healing, and open and healthy communication for this entire process to thrive for the good of the larger PC(USA).”

Once all the comments were approved, the Rev. Dr. Diane Moffett, the PMA’s president and executive director, thanked board members for all their work.

“This is where the work of the PMA coming up to the General Assembly gets a lot of attention. You board members have been so very helpful. I cannot tell you how grateful I am,” Moffett said. “I think we have some excellent, thoughtful comments. I am praying for commissioners to discern the future of our Church.”

Following the General Assembly, the Rev. Brenton Thompson will be one of the board members leaving the board after six years of service. For his devotional, Thompson, pastor of Crossroads Presbyterian Church in Limerick, Pennsylvania, about an hour northwest of Philadelphia, chose Deuteronomy 34:1-7 as his scriptural basis. In the story, Moses is shown the Promised Land just before dying at the ripe old age of 120.

Thompson wondered what Moses was experiencing at the moment God showed him the Promised Land. Feelings of regret? Of contentment, knowing he had done all he could and all he was called to do, and his season had come to an end? Joyful excitement?

“I am not Moses. The role of prophet and guide has not been mine to fill,” Thompson told his fellow board members. “But I am an encourager and a partner. I think this passage is about vantage points.” 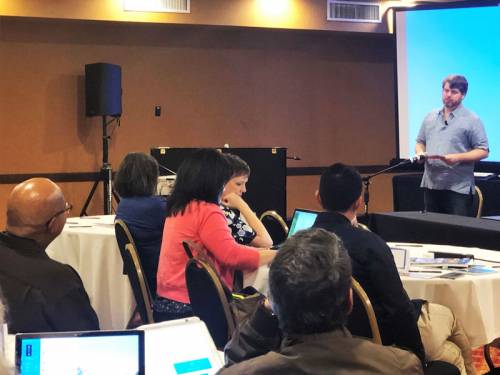 Thompson’s vantage point is not far from Independence Hall, which he has toured at least a dozen times as friends and family come for a visit. He’s thus heard the story several times attributed to Benjamin Franklin, who spent part of the Constitutional Convention gazing at the artwork on George Washington’s chair. It’s a painting of a bright golden sun, National Park Service employees tell visitors, but it’s difficult to determine if the sun is rising or setting. While Franklin apparently couldn’t tell, tour guides assure visitors it’s a rising sun, not a setting sun, and the tour is over.

“For all he’d been through, Moses sees the possibilities laid before the people of God,” which he can see at Pisgah near the end of his life, Thompson said. “There was a little sadness for him, but I’m pretty sure he was ecstatic that what was coming next [for the people] was the promises God said would be fulfilled.”

“Six years ago, we could not have envisioned any of what we’re doing now,” Thompson told his board colleagues. “Now that I’m looking from the precipice of Mount Nebo, I am joyful and excited. I trust that God is always at work in our lives, and that the work we have done will not be for naught.”

“I give thanks to God for everything I have experienced on this board,” Thompson said. “There is so much work to be done, but I am confident the leaders on the bard and in the PMA have the gifts, the excitement and the Holy Spirit to reach the other shore.”