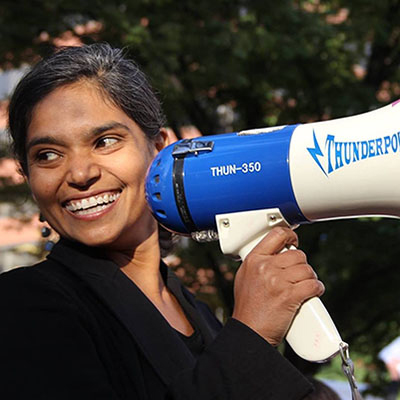 LEXINGTON, Kentucky —  Keya Chatterjee was speaking to a crowd preparing to virtually walk into the halls of power and ask their legislators to do what many deem impossible: supporting legislation that takes decisive steps to stop climate change and address its impacts.

But Chatterjee, Executive Director of the U.S. Climate Action Network, was there to tell participants in Ecumenical Advocacy Days (EAD) that the task is not impossible.

“We can do this,” Chatterjee said. “I come from working in NASA. If we can send human beings to the moon and have helicopters flying on Mars, we can put solar panels up. We can put up wind turbines. We can figure out how to fully fund buses. We can figure out how we can transform our infrastructure to make it work. And we can make contributions to the rest of the world that match the fair share of what we as the United States should be doing. We can do these things.

Chatterjee spoke before participants went to meetings with their legislators in a virtual edition of Lobby Day, the traditional end to Advocacy Days where participants fan out across Capitol Hill to share the conference’s legislative “asks.”

This year’s asks were:

Domestic: We urge Congress to enact infrastructure and energy legislation that will promote climate, economic, gender and racial justice to accelerate the transition to a clean energy economy and commit to net-zero climate pollution in electricity by 2035 and economy-wide by 2050. (Click here for the detailed domestic ask.)

International: We urge Congress to provide funding for multilateral and bilateral climate accounts for FY2022, including $2 billion for the Green Climate Fund, focusing on funding for the most impacted countries and communities, in many cases burdened by historic colonization and ongoing inequities. (Click here for the detailed international ask.)

While Chatterjee brought the science to the plenary sending the participants out to their meetings, Jose Aguto of the Catholic Climate Covenant brought the element he said is often missing from calls for climate, economic, gender, and racial justice. 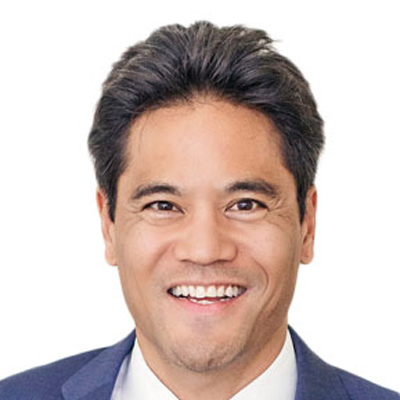 “Representative John Lewis, a messenger of God, on his last days, was also concerned that today’s movement did not have the grounding in the Gospel that the civil rights movement did,” Aguto said. “He said, ‘Without prayer, without faith in the Almighty, the civil rights movement would have been like a bird without wings. We need to strengthen the wings of this movement, through our love of God and through God’s love.’

Aguto and Chatterjee echoed a concern raised Tuesday by participants in the EAD ask plenary and workshops that many would be going to meetings with legislators or the staff of legislators who have opposed action on environmental justice and its many intersectional issues. Speakers offered a number of ways to counter opposition, often emphasizing that participants should speak from the heart — not trying to be experts but offering the reasons why they feel led to come address these issues.

“This is the infamous statement that will devastate people when you raise it in a hearing, or to an elected official: ‘That activity that someone bought you a shiny piece of paper to tell you is great, my community is worried that it’s going to hurt them,’” Tamara Toles O’Laughlin, a highly regarded environmental justice advocate, said in a Tuesday workshop. “’Have you thought about what you could do to help me?’ That will stop the presses because people don’t want to discuss question marks.

“But it’s up to us as advocates to push for answers that don’t hurt us. Why? Because in the framework of environmental justice … the ongoing conversation between those of us who have to live with the decisions people make and decision makers, we have to show up as partners. We have to be able to accept the benefits and the burdens, or to at least discuss them as people who are going to have to live with it. And that is all that environmental justice is, is just constantly asking to be brought into that conversation so that we can decide what we will live with.”

While the participants attending meetings did not have the authority of the elected officials, they did carry moral authority, both Chatterjee and Aguto reminded participants. Chatterjee recalled to the participants seeing a stunning report on the loss of Arctic ice when she was working for NASA in 2002, and contemplating the vast impacts it would have on the Earth, its animals people. She immediately decided to change the trajectory of her work to focus on climate change.

“This is my job now in my calling to make sure that the world is safe, not only for my child, but for everyone’s children, and even for the children of the fossil fuel executives who have worked so hard to prevent us from having security, really for everyone,” she said.

Wednesday afternoon, at the final EAD 2021 gathering, the Rev. Christian Brooks of the Presbyterian Church (U.S.A.) Office of Public Witness sent participants off in prayer.

“As we go back to our communities, organizations, churches, give us courage to speak boldly about the realities of climate injustice, and the inequity so deeply ingrained in our society,” Brooks prayed. “More we pray that you guide us like you guided our ancestors before us who paved the way for us to continue work towards justice and liberation.”

Using your collective voice to influence Congress on climate issues

‘If the Christian community stands up … we will see change’