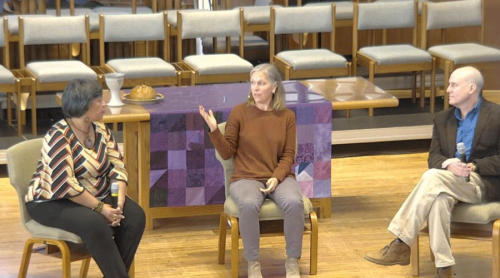 LOUISVILLE — Viewers of this week’s Giving Tuesday broadcast received an introduction to the work of Faith 4 Justice Asheville, an interfaith group that is helping to dismantle white supremacy in western North Carolina.

The group, which includes both clergy and lay persons, mobilizes faith communities to work together to advocate for racial equity and justice, and tries to heal racial trauma individually and collectively and in Black and brown communities, according to its website. It also strives to reduce racial inequity in the operation, ministry and mission of participating Faith 4 Justice communities.

“There’s a witness that churches who are involved in Faith 4 Justice are proclaiming in Asheville,” said the Rev. Tami Forte Logan, who serves as Equity Missioner. People know there’s “clergy who are really wrestling with this issue of white supremacy and committed to really embodying Christ and the love of Christ.”

As part of the PC(USA) fundraising event, during a sit-down interview with the Rev. Marcia Mount Shoop, the pastor and head of staff at Grace Covenant Presbyterian Church in Asheville, Forte Logan described how Faith 4 Justice got its start.

“Faith 4 Justice began in 2016 really as a response to both the spiritual call and a call to action for the church to break its silence about state-sanctioned violence against Black- and brown-bodied people,” she said. “This was pre-COVID. We seem to be a little more sensitized now but not at all during that particular time.”

The group’s first major activity was an interfaith prayer procession from Nazareth First Baptist Church, a historically Black church, to the Buncombe County Courthouse steps to have a ritual of lament, repentance and confession for church involvement in gentrification and other forms of racial injustice in Asheville and elsewhere.

“It was All Saints’ Day, and so we also celebrated the saints and freedom fighters that had gone before us and recognized the Day of the Dead, with our Latinx siblings,” Forte Logan said. “And so it was a beautiful way to just kind of start our process.”

In addition to deep personal and group reflection, Faith 4 Justice has spoken out on community issues, from the use of force to reparations. It also has engaged with the Citizens Police Advisory Council, City Council and other government and community entities as part of its efforts to provoke justice. 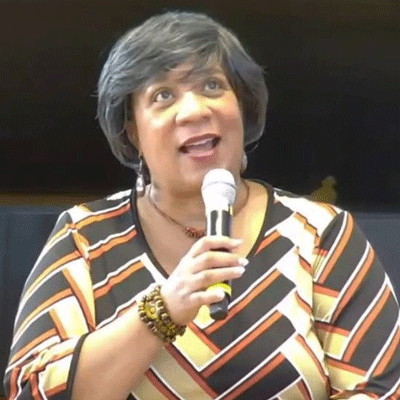 “We work in relationship with Black and Latinx leaders,” Forte Logan said. “We center them: we center their strategies and we show up as a community of faith.”

Harkening back to the group’s founding, Mount Shoop said, “It just really felt like a movement of the spirit for me too. My first sermon here at Grace Covenant was the Sunday after Philando Castile was murdered by police, and so my first sermon in this community was about white supremacy, and it really set the tone for who we are becoming together, and you [Tami] have been such an important partner in that, and Faith 4 Justice has been such an important part of my own kind of support, collegial support, and also just accountability to the work.” 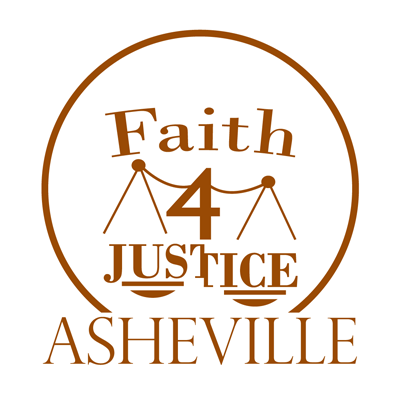 David LaMotte, who’s known in the PC(USA) as a songwriter, singer and guitarist, speaker and writer, said he’s grateful to be a small part of Faith 4 Justice and to have Forte Logan as a mentor and teacher.

He went on to point out that “Jesus called us to community,” adding, “One of the very first things he did in his ministry was gather his team, right? He asked people to come with him that he saw a particular light in, and they gathered and did the work together, and that’s what we’re trying to do at Faith 4 Justice.”