Climate change and human rights continue to be focus in 2018 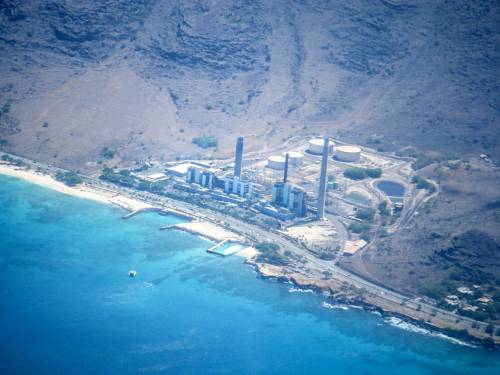 LOUISVILLE — The Committee on Mission Responsibility Through Investment (MRTI) says 2017 was a productive year in its engagement with corporations. MRTI filed or co-filed seven shareholder resolutions in the 2017 proxy season, with oil, gas and utility companies, and one resolution with Wells Fargo.

“Among the resolutions was one calling on ExxonMobil to report how it would work toward a global target of keeping temperature rise to 2 degrees Celsius or less,” said Rob Fohr, director of the PC(USA) Office of Faith-Based Investing and Corporate Engagement. “The resolution passed with 62 percent of the vote and the company published its initial report in 2018. They still have a long way to go, but this is a huge step in the right direction for a company long resistant to addressing climate change at all.”

MRTI decided to withdraw the resolution to Phillips 66 focusing on developing a human rights policy with an agreement to continue talks. The company released its first human rights policy in fall 2017, something which, according to Fohr, would not have occurred without engagement by the Committee on MRTI and PC(USA).

“We led a group of faith and values-based investors and brought Phillips 66 to the table to discuss their role in the Dakota Access Pipeline,” said Joseph Kinard, MRTI chair. “While it remains to be seen how the company will implement the policy, MRTI will be at the table to continue pushing them to do better.”

“We still have a long way to go,” said Fohr. “But without MRTI and its ecumenical partners at the table, many of these companies would never receive admonishment from other investors. We are speaking truth to power in these corporate boardrooms and it’s working.”

Because of the immediate threat of climate change and its impact on the world’s most vulnerable, the bulk of MRTI’s 2017–18 work plan is focused on these very issues. MRTI filed or co-filed shareholder resolutions with Noble Energy, Valero, AES Corporation and Dominion Energy, all calling for robust strategic planning and reporting to manage operations in line with the Paris Agreement framework.

MRTI committee members and staff also continued dialogue with dozens of additional companies during the 2017 proxy season on issues ranging from human trafficking prevention and training efforts to climate change scenario analysis planning; and responsible supply chains to sustainability reporting. MRTI has co-filed on a resolution on business standards with Wells Fargo and is making progress on holding their leadership accountable and improving their business practices, according to Fohr.

MRTI’s report to the 223rd General Assembly will affirm the need for urgent and robust responses to the threat of climate change and will make the case for why this can be accomplished throughout a variety of strategies. Those strategies include focused engagement with corporations in the oil and gas industry, which could lead to selective divestment if companies are out of compliance with the criteria established by the 222nd General Assembly.