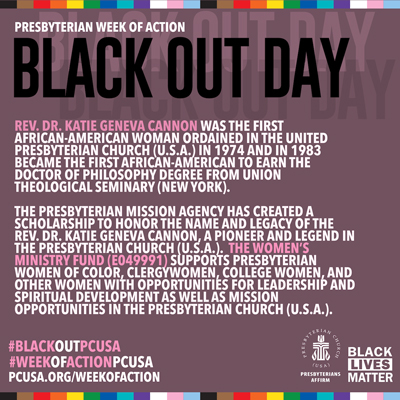 LOUISVILLE — This year marks the 100th year since the ratification of the 19th Amendment that gave women the right to vote.

To recognize this historic moment, a 14-foot-tall bronze monument will be erected in Central Park to honor three courageous and pioneering women: Sojourner Truth, Susan B. Anthony and Elizabeth Cady Stanton, all of whom were at the forefront of the national suffrage movement.

Both Stanton and Anthony strongly opposed the ratification of the 15th Amendment, which granted Black men the right to vote. Not only were the women opposed to Black men being given the right to vote, Stanton did not think that the privilege of voting should be extended to Black women. Black suffragists were often told to march at the back of protests.

However, Sojourner Truth, a former slave, not only fought against the institution of slavery but fought just as fiercely for Black women’s voices to be heard in the suffrage movement. And despite their differences of opinion on the voting rights of Black Americans, Truth worked with Anthony and Stanton to move forward.

It was Truth’s famous “Ain’t I AWoman?” speech delivered at the Women’s Convention in Akron, Ohio, on May 29, 1851, and published in the Anti-Slavery Bugle on June 21, 1851, that would draw attention to Black women’s plight.

For centuries the gentilities of womanhood have been withheld from Black women. Black women have been the victims of unimaginable violence and brutality. It has been more than 102 years since the barbaric death of Mary Turner. In 1918 Turner, whose husband had been murdered during a “lynching rampage” in Valdosta, Georgia, spoke out publicly against his killing and threatened to swear out arrest warrants for those responsible. To punish her for her “unwise remarks,” a lynch mob tied Mary Turner by her ankles, hung her upside down from a tree, poured gasoline on her and burned off her clothes. One member of the mob then cut her stomach open and her unborn child dropped to the ground where it was reportedly stomped on and crushed by a member of the mob. Her body was then riddled with gunfire from the mob.

Five months ago, Breonna Taylor was shot and killed by Louisville, Kentucky, police in her apartment. On March 13, 2020, plainclothes police burst into Taylor’s apartment with a no-knock warrant. Fearing for their lives, Taylor’s boyfriend, thinking they were intruders, fired a shot. The police returned with a barrage of bullets, killing Taylor. The three Louisville Metro Police Department officers involved have not been charged.

Taylor’s death is perhaps the most visible and acknowledged death of any Black woman in this country and maybe in the world.

These are just two examples of the atrocities Black women have experienced for decades in the United States. Kimberlé Crenshaw, who in 1989 used the concept of “intersectionality” to describe the various ways in which race and gender interact to shape the multiple dimensions of Black women’s employment experiences, says that “many of the experiences Black women face are not subsumed within the traditional boundaries of race or gender discrimination as these boundaries are currently understood” and that “the intersection of racism and sexism factors into Black women’s lives in ways that cannot be captured wholly by looking at the race or gender dimensions of those experiences separately.”

On August 27, “BLACKOUT Day,”  Presbyterians across the country and around the world were urged to wear black in solidarity with both “Thursdays in Black” to protest gender-based violence and the struggle for Black lives as a part of the Presbyterian Week of Action. Throughout the day a series of social media posts were being delivered to raise the awareness of the plight of violence against women and particularly women of color.

Crenshaw, a professor of law at UCLA and Columbia Law School and the executive director of the African American Policy Forum, says Black women have the highest rates of homicide in the country and adds that repeatedly the killing of Black women go unnoticed.

Crenshaw and the African American Policy Forum started the #SayHerName campaign to bring awareness to often invisible names of Black women who have been targets of law enforcement.

There is a litany of Black women who have been killed by law enforcement. Certainly, Breonna Taylor is not the first.

Black women have been killed for driving while Black. For example:

Black women are also killed for being Black and poor. For example:

Black women are also the victims of violent deaths for having mental health issues.

On Thursday, Presbyterians were encouraged to adopt the following practices recommended by the World Council of Churches:

Additionally, Presbyterians are invited to: