Love of mission inspires 16-year tenure as teacher and trainer 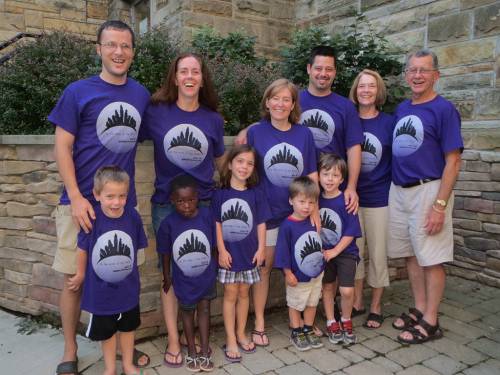 LOUISVILLE – The Rev. Donald J. Dawson will retire October 31 as director of the World Mission Initiative (WMI) at Pittsburgh Theological Seminary and the New Wilmington Mission Conference (NWMC). Regarded as the oldest annual mission conference in the United States, NWMC has been inspiring, calling, equipping and sending people to live out the great commission locally and globally since 1906. Dawson has directed WMI and the conference since July 2000.

“I think the world of Don,” says the Rev. Ralph Hawkins, chair of the World Mission Initiative Advisory Board and executive presbyter in the Shenango Presbytery, where NWMC is held. “I’m so grateful for Don’s gift as a steady and thoughtful connector of the body of Christ all over the world.”

When WMI began at the seminary in 1996, it was an informal, grassroots effort to raise up generations of pastors with a love for God’s mission. Now, two decades later, the seminary is making WMI a strategic part of its curriculum.

“One of Don’s significant contributions to both organizations is that he has a vast and rich network of relationships to missionaries, mission co-workers and pastors,” Hawkins says. “Don has done a masterful job of making and keeping relationships in the global Christian community. He has a singular vision and is laser-focused on connecting us to God’s mission in the world, in its various forms. A lot of this work is behind the scenes. It’s a marathon rather than a sprint, but we can see the fruit.”

The Rev. Jennifer Haddox, director of global engagement, of A Covenant Order of Evangelical Presbyterians (ECO), previously served alongside Dawson as associate director of WMI for the past decade.

“Don taught me so much about servant leadership, the power of prayer and collaborating broadly for the sake of God’s mission,” Haddox says. She says Dawson invited her to share in the leadership of WMI during a return trip she and other seminary students took to explore mission and evangelism in Southeast Asia.

“Somehow on that long flight with all its delays and layovers, I ended up in the seat next to Don. I was preparing to begin my last term of seminary courses and he invited me to share in the leadership of WMI. I am so grateful for that invitation, followed by 10 years of serving together in the work of awakening students and congregations to embrace their identity as God’s missionary people.”

Haddox says she recognized Dawson’s servant heart while she was a seminary student and also as a colleague. “He always arrived early to presentations to set up the tables and make coffee, and he stayed afterward to clean up,” she says. “He knew most of the seminary students by name and ate with them in the cafeteria. Don Dawson leads by serving, supporting and encouraging others.”

Scott Sunquist, dean and professor of World Christianity at Fuller Theological Seminary’s School of Intercultural Studies and first McClure Professor of Mission and Evangelism at Pittsburgh Seminary, and the late Glendora Paul, a distinguished seminary alum and volunteer in support of international students for many years, spearheaded the formation of WMI. Sunquist was one of the significant voices who convinced Dawson that God was calling him to the WMI director’s role. The Sunquist and Dawson families became acquainted at Hampton Presbyterian Church, while Dawson was pastor.

“Although I was pretty clear that Don was the best person to lead both WMI and NWMC, he turned us down and then thought it over for quite a while. Don is not impulsive, but he is impressive in his rock-solid leadership and focus. Don leads—his church, students, his family and anyone who will sit still—with his heart. His heart beats for God’s great love for the world. I count myself one of the few who learned from Don as his parishioner and then as his colleague for 17 years.”

As children, the four Dawson siblings—David, Don, Carolyn and Chris—attended Sunday evening worship at the New Wilmington Mission Conference along with their parents. Don and his siblings were also influenced by the Junior Missionary Society at their home church, located next door to their parents’ fruit orchard, and by the Bible teachers and missionaries they each met during summer conferences at Camp Lambec, a Presbyterian camp on the shores of Lake Erie.

Don Dawson remembers he had a strong desire to be a missionary as a child of 8 or 10, an idea that persisted. He reasoned that he wanted to be a fully devoted follower of Jesus, and that meant to “be a missionary.”

Dawson credits his parents for planting the missionary calling in his life growing up. Although they were farmers vocationally, they were followers of Jesus, which means ‘missionaries’ to him. “God only sends a small number of missionaries overseas,” Dawson says, “Most missionaries God uses where they live and work, among their family and friends.”

In 1968, after high school graduation, Dawson spent six weeks on the Colorado River Native American Reservation in Parker, Arizona, as part of the NWMC Summer Service team. He says God used that experience and his missionary zeal to redirect him to be a pastor. Although he majored in mathematics at Westminster College, after graduation he headed to Union Theological Seminary in Virginia with his wife, Ginny, by his side.

In the summer of 2006, Dawson selected Tom English to lead the NWMC Summer Service team to Siberia. English, who is now chair of the NWMC Board of Managers said this short-term mission experience was life-changing for him. “It led me to mission work in Russia and Ethiopia,” English says. “NWMC has remained tied into the global mission world through the work Don has done, attracting speakers and delegates from around the world to New Wilmington. Under Don’s leadership, NWMC has grown into a multigenerational conference, providing programming for all ages, from infants to seniors.”

Of Dawson’s retirement, English says, “I will miss his sense of humor and his ability to relate to people of all ages regardless of their nationality or background. I will also miss his ability to manage a team of more than 250 volunteers who come together for one week a year to put on NWMC.

“Don and Ginny Dawson continue to be excellent role models to younger generations through their marriage, their parenting and their grandparenting.”

“Mission has always been central in our family and always will be,” says Dawson’s older brother, the Rev. David Dawson, previous executive presbyter of the Shenango Presbytery. He recalls how their parents instilled in all the Dawson children the importance of supporting mission. “Our family’s offering envelopes would be filled out 50/50,” he says. “Half of our offering would go to our local church and the other half to mission work around the world.”

“A lot of blessed things have happened over the years that Don has been a part of,” Dave Dawson says. “Not always things intended or planned, but things that happened by God’s grace.” He adds, “Don has shared that he is excited about the future of WMI and NWMC under new leadership, and he’s also excited about where God will lead him in retirement.”

The 112th New Wilmington Mission Conference will be held on the campus of Westminster College July 22−29, 2017. For more details, visit nwmcmission.org. 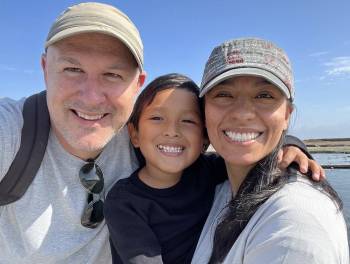